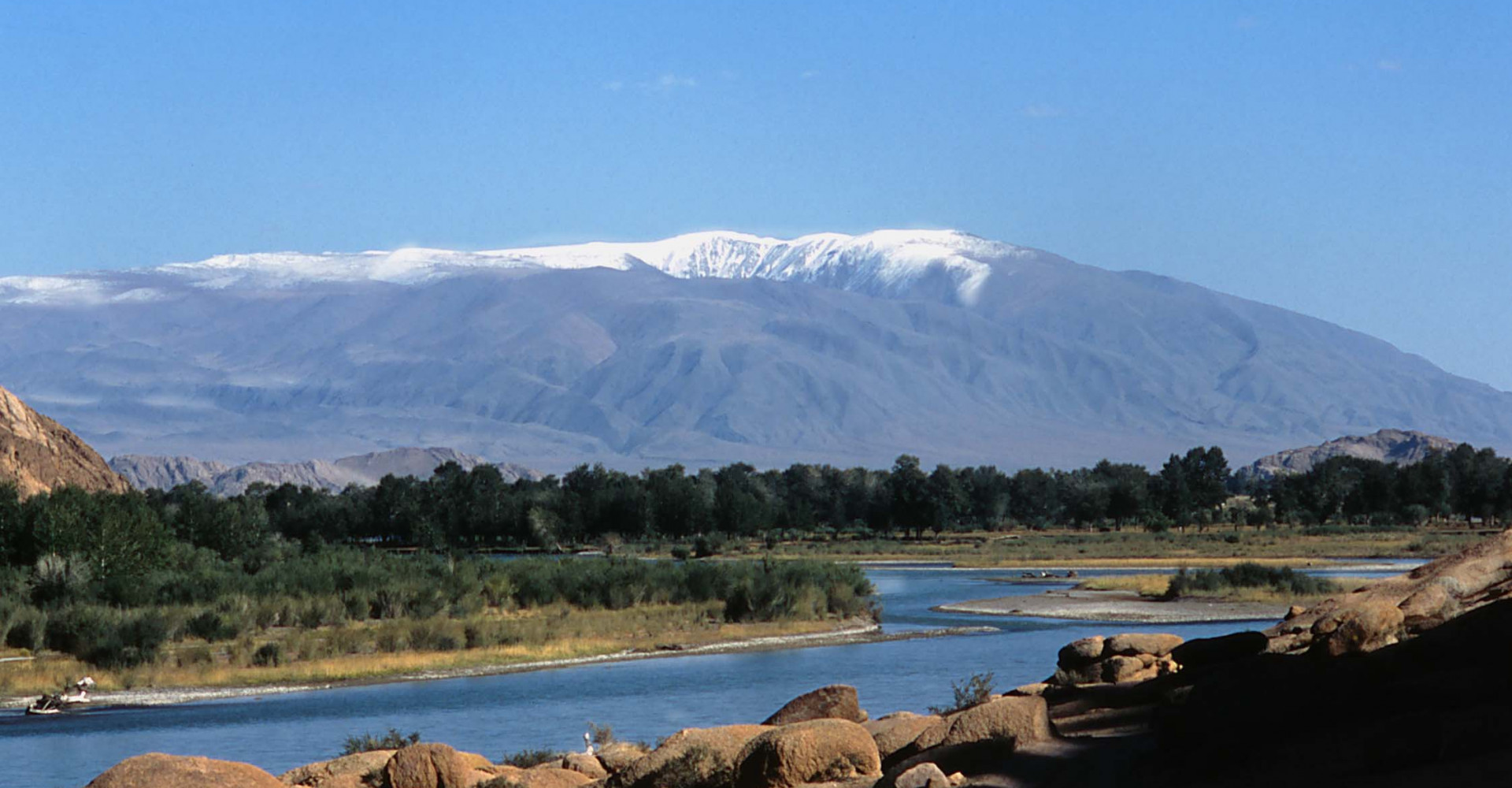 Khovd aimag is situated in the far West of Mongolia. On the West and South-West Khovd aimag borders with the Peoples Republic of China.

Flora and Fauna
Soil in the main parts is black, the mountains have meadow soil. The area beyond Altai mountain has bright and saline soil. Poplar, birch, dab rush, tamarisk and populus diversifolia grow everywhere. Berries include currant, strawberry, ribes altissimum and hippobophae. They grow along the banks of Sutai, Baitag, Uliastai, Jargalant, Bulgan, Khovd, Buyant rivers. Wild sheep, ibex, and snow leopard can be encountered in the high mountains. Marmots live in the meadows, whereas bears, foxes, boars, ermines, lynxes, wild cats, and rabbits live in the forests. Of rare animals there are wild horses, wild camels, saiga mongolica and wild ass. Their habitat in the Gobi is the south of the Altai mountain range. Also there are varies species of birds in the province such as condors, eagles, bearded vultures, upband burrards, hawks, snowcocks and kites.

Khovd aimag is almost cut in half by the mighty Mongol Altai Nuur range; away from the mountains the land is a barren semi-desert dotted with salt lakes and smaller mountains. The melting snow from the mountains recharges the water table every spring, providing Khovd with more than 200 fast-moving rivers (and dozens of lakes), none of which has an outlet to the sea. All the rivers simply disappear beneath the sands or run into large saltwater marshes, which serve as giant evaporating ponds.

The mix of desert rock, salt lake, snowy peaks and Kazakh culture makes Khovd one of the most beautiful and appealing aimags in Mongolia.

By Bus
UB to Khovd: The bus to Khovd leaves from the Dragon Center in UB. The bus left three times a week around 1PM from UB, most days, for 65,000 ₮ one way. You can purchase tickets up to three days in advance; speak to a driver about purchasing a ticket or approach the building behind the buses with an "автобус" sign on it. There are several ticket windows with destinations, one of which will be Khovd (Ховд) or you can ask any of the women behind the windows for guidance. Other vehicles leave from the Black Market (Naran Tuul) to Khovd. There are no scheduled times for these vehicles to leave, they leave when the driver thinks his vehicle is full. Prices for vehicles from the Black Market vary but are usually around 65,000 ₮ one way. Travel time can be anywhere from 36hrs to 58hrs, depending on the driver and vehicle.

Khovd to UB: Vehicles leave for UB from Khovd continuously, again you have to go and find a driver who has room and is leaving at approximately the time you want to be heading back to UB. You can find these drivers from a small enclosed area across from the southeast corner of Khovd's central market. The price should be about the same as UB to Khovd.