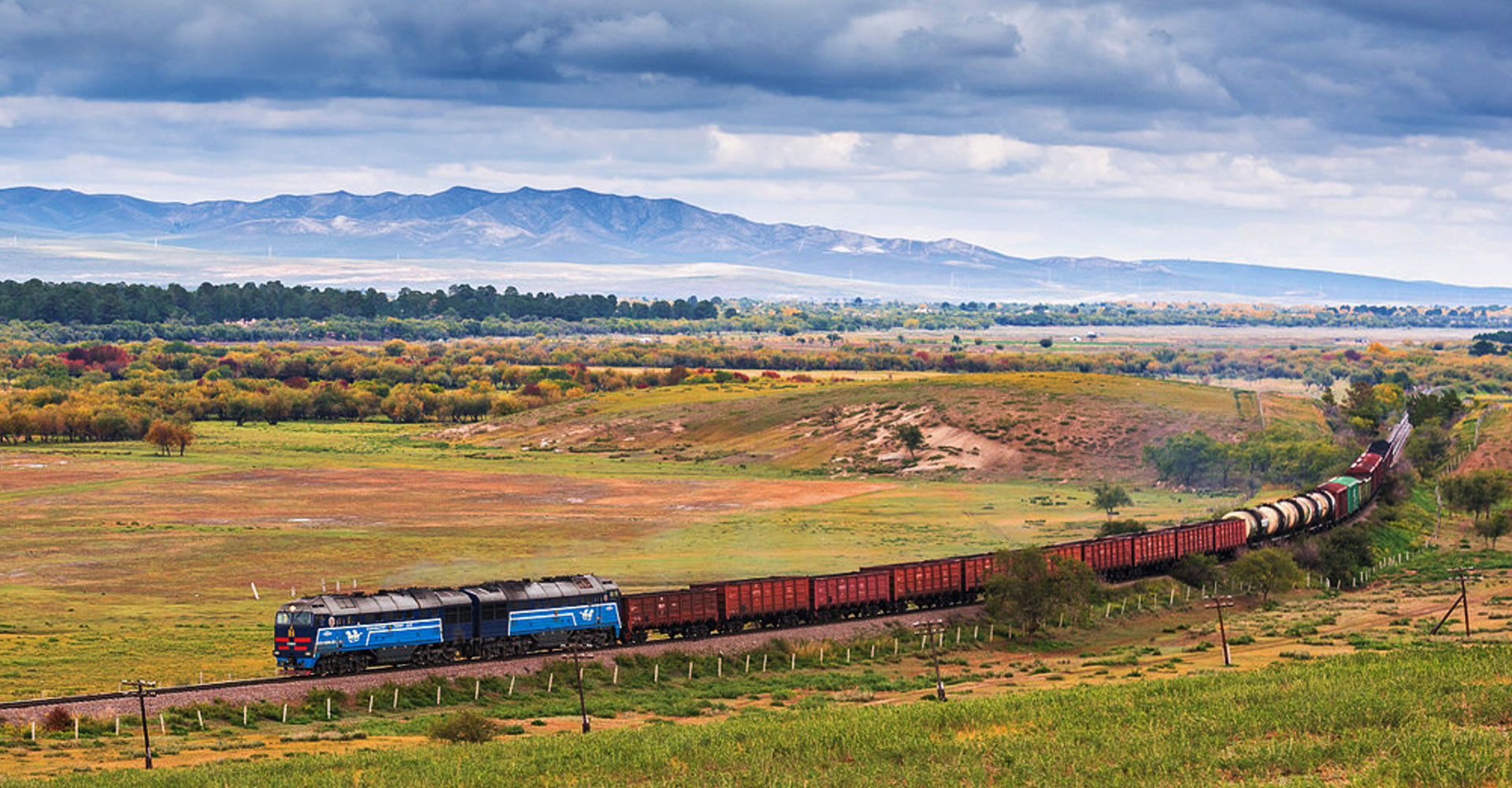 By bus
Once in the country, it should not be difficult to find a bus going to UB, at least from larger towns. However, bus stops are difficult to locate, with buses usually just stopping in populated areas. Furthermore, Mongolian buses are notorious for being late — in some cases by a day or more. Domestic buses usually go to Dragon Center, Teevriin Tovchoo (near the train station), and the Botanical Gardens.

From Russia, there are also UB-bound buses from Ulan Ude, leaving at 07:30 from the old bus station (Старый Автовокзал) via the Altanbulag border crossing. The trip usually takes about 12 hours, including customs processing — much faster than the train — and tickets cost RUB1800 one-way. There are also night buses that leave on Fridays and Sundays at 19:00. Any travel agency should be able to book tickets.

By plane
Chinggis Khaan International Airport (ULN IATA Many locals still call the airport by its old name, "Bouyant Uka") (is located 18 km to the southwest of Ulaanbaatar). The majority of visitors arrive in Mongolia through this airport. The airport was reconstructed in 1990, and the immigration, customs formalities and luggage delivery are relatively efficient. The airport does have a high number of cancelled or delayed flights because of difficulty landing when wind is blowing from the south, which luckily is not very often. Chinggis Khaan International Airport on Wikipedia Chinggis Khaan International Airport (Q837745).
Getting to the airport can take as long as an hour during morning or evening traffic. Shuttle buses depart the airport hourly from 04:00 to 22:00 for Bagshiin Deed, near the Ulaanbaatar Hotel in the city center, at a price of 4000₮ (tögrög) one way. The sign on the bus says "Чингис Хаан Нисэх Буудал". Local buses #11 and #22 also go to the airport. Taxis to and from the airport should cost 15,000–20,000₮, though you should agree to the price before getting in lest you get overcharged. The drive can take anywhere from 30 minutes to an hour.

A new airport, now known just as "New Ulaanbaatar International Airport" has been constructed about 50 km south of the city. Construction was reportedly finished in January 2017, but it will open to traffic only in May 2018, thereby replacing the current airport.

By train
Ulaanbaatar Train Station
Direct (if long) journeys are possible from destinations between Moscow and Beijing on the Trans-Mongolian line of the Trans-Siberian Railway. Ulaanbaatar-bound trains leave Beijing once a week, on Wednesday, and seats can only be reserved at the International Hotel in Beijing, a ten minute walk north of the main rail station. The journey takes about 30 hours. Packing a face mask might be a good idea as sandstorms in the Gobi desert may cause difficulty in breathing. Shorter-haul trains also run to the Chinese border towns of Erlian and Jining 3-4 times a week. Ulaanbaatar's 2 train station is located on Narni Zam road, about 3 km west of the city centre.
In Moscow, trains to Ulaanbaatar depart Tuesdays, Wednesdays and Thursdays (the latter two are express runs), for a journey that lasts 100 hours or a little over 4 days. There's also a daily train to/from Irkutsk, which can also be reached from Vladivostok at the eastern end of the Trans-Siberian.

Car rental
You can book a private car through a guesthouse or travel agency. They almost always come with a driver for whom you may have to provide food and accommodations, but this form of transportation will give you the most freedom to set your itinerary.
Russian Jeep: Usually grey with a soft black top and bare on the inside, these Jeeps can go almost anywhere, albeit uncomfortably. Even if it breaks down, it has been such a ubiquitous utility vehicle for so long that spare parts can be found in even the remotest villages. The 69 or jarin yos (pronounced “jar-in-use”) should be a last resort for shared transport, but it is a good option for private use.
SUV, Land cruiser: The most expensive but most rugged transportation option you’ll find. You know you’re riding in style if you find yourself in one of these. It’s not the budget option by any means, but it’s by far the best way to travel if you have the money. The vehicles are usually fairly new, have seat belts, and can make what would be a 15-hour bus trip in closer to 8 hours. If you’ve rented the whole vehicle, you can plan your own itinerary.

Street names are rarely known by Mongolians, and they usually only appear on maps and official addresses. Official addresses list the district, microdistrict (usually a large block bounded by major streets), and the building number. However, since blocks can have dozens of buildings, with more continuously being squeezed in between existing ones, addresses are not very helpful for navigation. Instead, it's best to have directions for major landmarks using lots of descriptions (i.e. "turn right at the first traffic signal west of the State Department Store"). Some major streets to know are Peace Avenue, UB's main road which runs west-to-east in front of Chinggis Square; Chinggis Boulevard, running north-to-south on east side of the square, then veering west toward the airport in front of Bogd Khan Winter Palace; and Seoul Street, which runs west from Chinggis Boulevard just south of Chinggis Square.

By Taxi
There are few licensed taxi companies such as Ulaanbaatar taxi (1991), Noyon taxi (1950), Telecom taxi (1109),  1616 taxi (1616)  and iTaxi operating in Ulaanbaatar. There are a few local taxi companies in smaller cities such as Darkhan, Erdenet, Baganuur and Zuunmod. And there are many drivers with private unlicensed cars who act as taxis.

A typical fare is MNT 700-800 per kilometer; taxi drivers tend to ask for more especially if the client is a foreign national. However, many unofficial taxis use the "EasyRide"platform to take orders, which is also available in English. Official taxis with proper markings are allowed to drive without plate number restrictions on the first lane of Ulaanbaatar's central road usually reserved for large public transports such as buses and trolleybuses from October 2013.

By bus
Buses in UB come in several different varieties. At the top of the scale, regularly-scheduled municipal buses operate on a widespread network that extends right to the outskirts of town, for a flat rate of 500₮. As well, there's an almost equally extensive network of microbuses charging from 300-500₮, which you can find by looking for a person hanging out the window at each stop and shouting the name of the destination in rapid-fire Mongolian. Finally, there's also a cheaper (200₮) but slower and less extensive network of electric trolleybuses.
As in any city, be wary of pickpockets on the buses, especially when the buses are crowded.