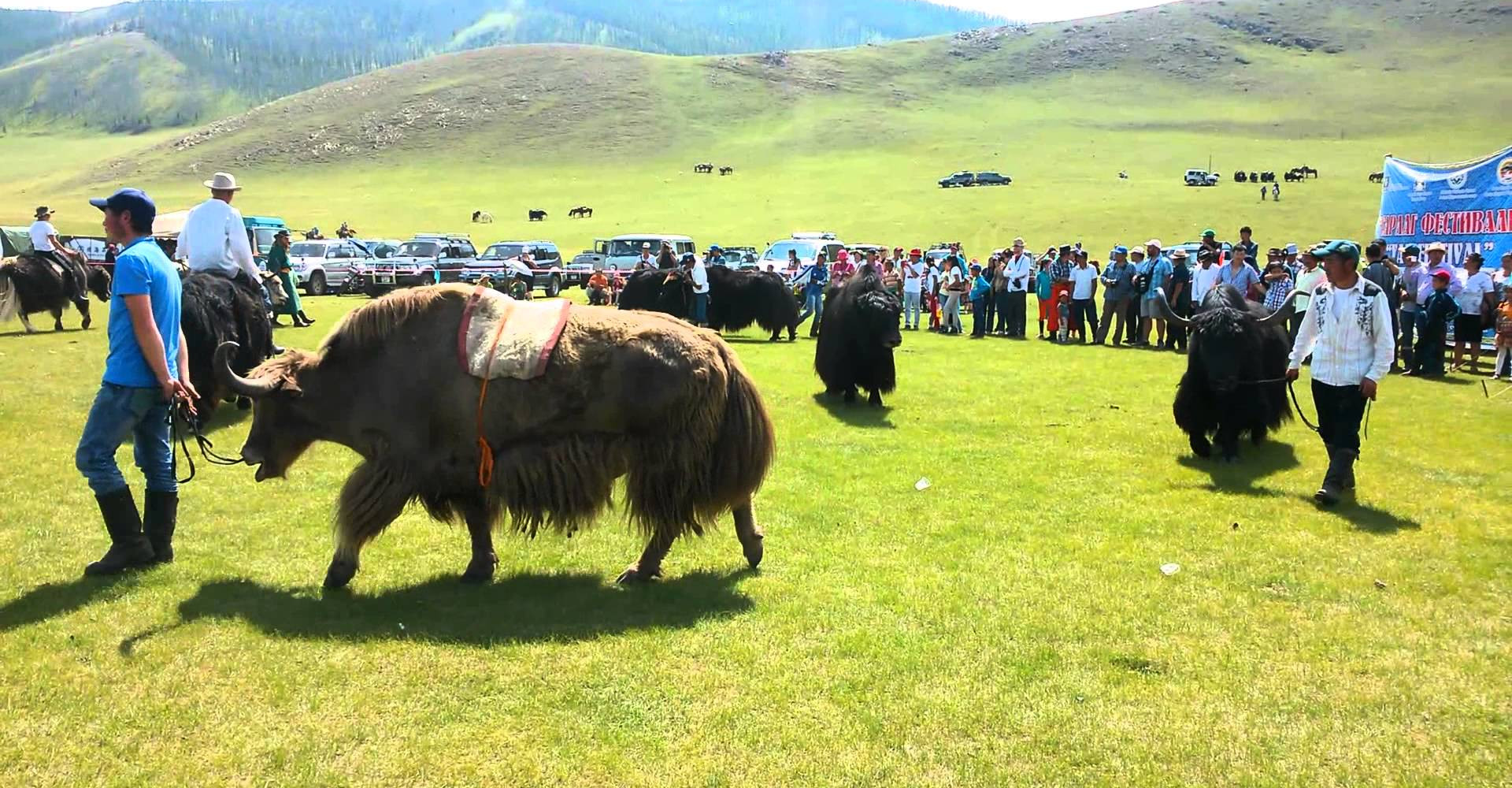 Flora and Fauna
The annual average temperature is around 34° F (1° C). The soil in the south of the area is semi-desert grey and steppe pale areas, in the north part of the area it is mountain type brown and black. 2 percent of the area is covered with poplar, birch, pine, larch forests. There are beautiful oasises with shrubs, cargana, haloxyan, and almond growing everywhere. Wildlife includes wild sheep, ibex, wild horse, wild camel, gazelle, fox, antelope, snow-leopard, lynx, and birds such as swan, pelican, snow-cock, black grouse, wood grouse.

Tourism
In the province there are majestic mountains like Khyatruun, and plain steppes like Noyokhon Dalai, Arvai, Khar nuden, clear-water rivers such as Ongi, Taath, Orkhon and lakes of Khuis, Tsagaan, Sangiin dalai. The 79 feet (24 m) high waterfall of the Orkhon river (Red Fall), is the major tourist attraction. Amazing places in the province include Khuis eight lakes, Tamchi Yol khad, Yamaatiin Tsant, Khorgoi Khurem, of big and small springs the most famous one is Khujirt, a popular resort. Uvurkhangai is a well-khown tourist destination. Uvurkhangai is a homeland of the ancient Mongolian civilization. There are many ancient monuments, one of them being the Maanit monument with Turk inscription. This monument was erected in 731, CE. Also there are ruins of Kharkhot of Uighur capital city, and ruins of Kharakhorum, former capital of the Mongolian Empire, and Erdene Zuu, the 16th century Buddhist temple.

Transportation:
Arvayheer is well connected by paved roads with Ulaanbaatar to the northeast and Bayanhongor to the west, making it one of the easier places to reach in Mongolia.

By bus
Buses for Arvayheer leave from the Dragon bus station in Ulaanbaatar at 8:00 and 14:00 daily. The ride typically lasts at least 6-7 hours, and tickets must be purchased a day or two in advance. Bus tickets from Ulaanbaatar to Arvayheer cost approximately 20,000 ₮. There is paved roads the whole way.
There are also microbuses that run between Ulaanbaatar and Arvayheer. These are often very cramped (four across a bench seat), as drivers want to fit as many people in as possible to maximize profit. If possible, it is not a bad idea to pay for an extra seat to be left empty.