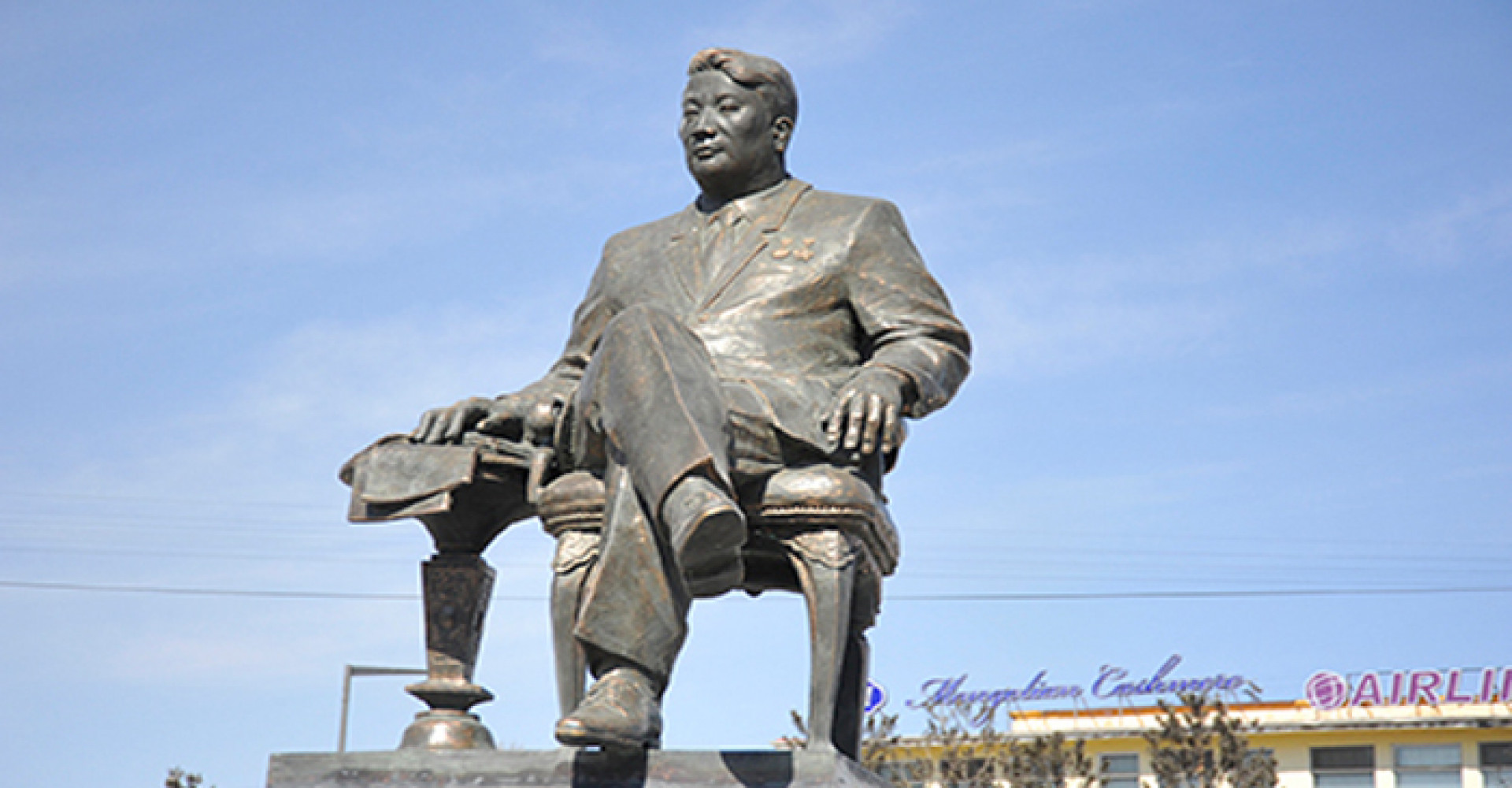 Built in 2000 on the plaza in front of the National Drama Academic Theater in memory of Mongolia's statesman and head of state Yumjaagiin Tsedenbal (1916-1991). The plaza since is renamed the Tsedenbal Square. The statue and its surroundings refurbished in 2013. 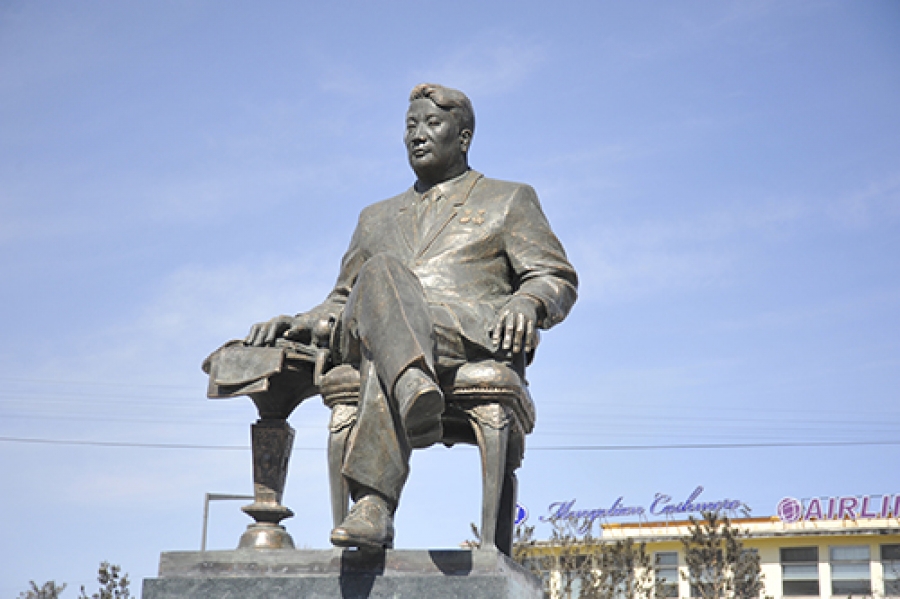