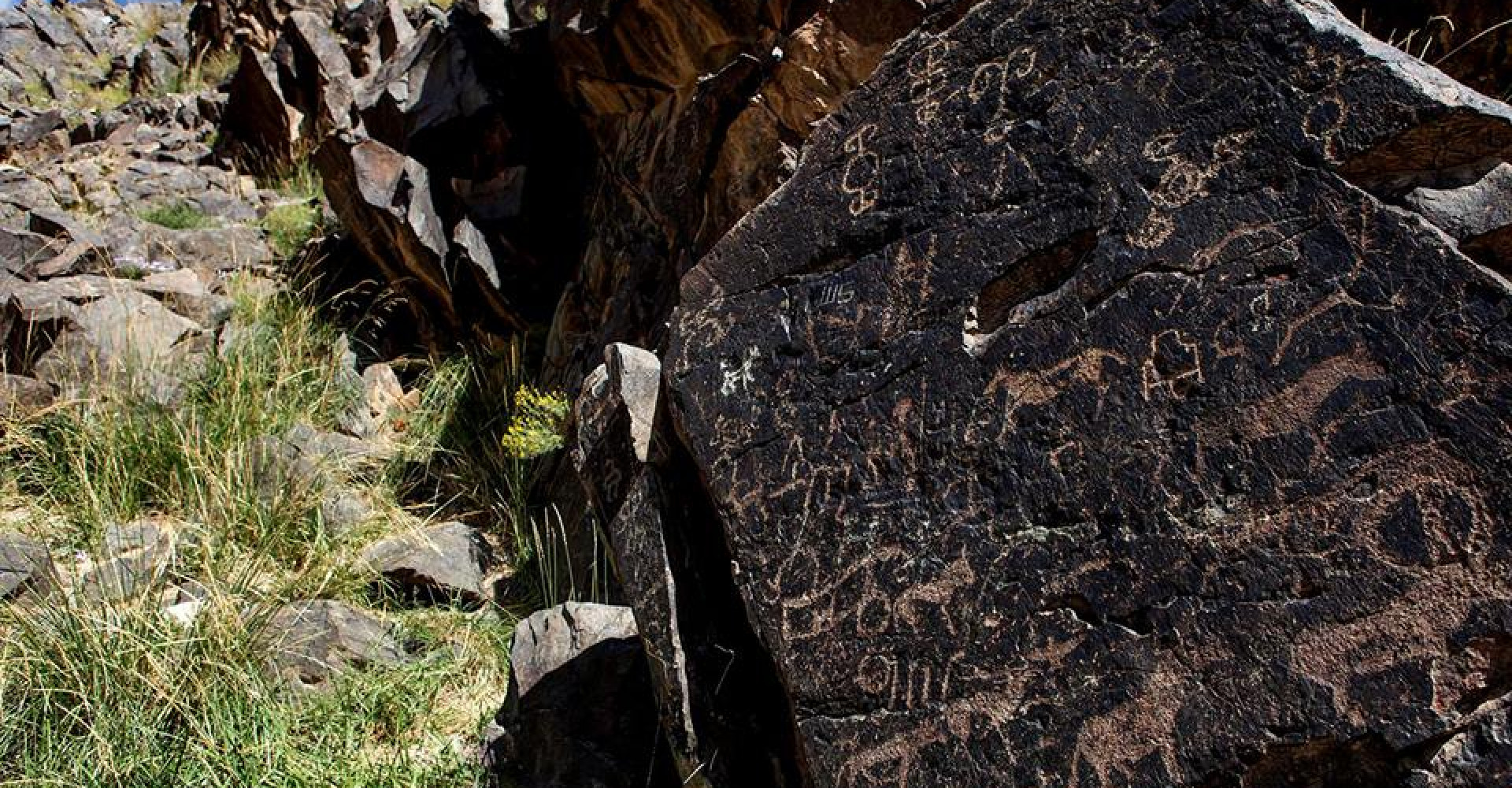 There are hundreds of Petroglyph on the river banks of Tsagaan Gol, Khaliun (formerly Naran) soum. Although they were firstly discovered by archaeologist Dorjsuren.B, later on, Russian researchers such as Volkov. V.V and Novgorodova E.A had studied. Tsagaan Gol is the very fine river which runs through mountain cliffs and along the run, besides a various types of pierced drawings can be seen on the adjacent cliff walls, it also contains some pictures of snakes in few lines on the adjacent shiny rock walls. There is a big image of horse above the snake pictures. Such horses can be seen on the adjacent walls and they are described as connected in three by mid-body section. There is also a snake drawn stone lying backward of this shiny rock wall, yet the image of the snake was worn out so that it can barely be noticeable. At the right of the rock nose, although there are plenty of drawings belong to various ages, one description of a horse can witness its extreme ancient origin. The tremendous attentiongetters were myriads of seals, man with a bow and arrow, horse with long tail, man with headdress as if he had horns and bulky animals with raising tail and gigantic curved tail among the drawings of Tsagaan Gol. The two spear holding men were drawn with big hats, clothes, belts and boots. Also, the drawing of the ancient cart was noticeable. The carts were described alone without being trailed before horse or any other animals. The cart body is semi-rounded, spokes of two wheels are of not same count. The researchers consider that these cart drawing are similar to those found in Middle Asia, Caucasus and Scandinavian Norland given the visual likeness.