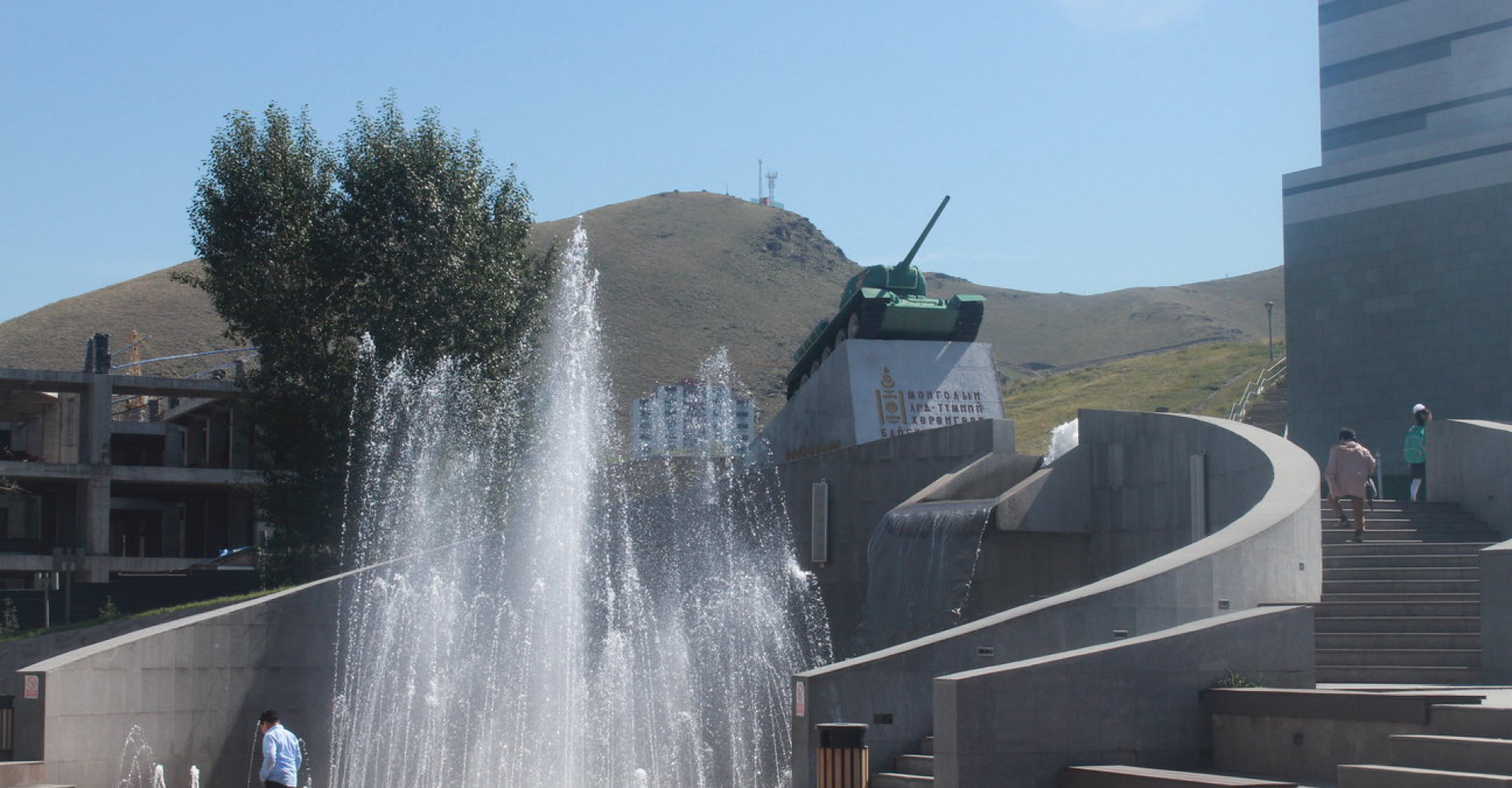 During the Second World War (the Soviet Great patriotic War) funds donated by the people of Mongolia produced the "Revolutionary Mongolia" tank brigade, which was officially presented to the Red Army in 1943. Of this brigade, a monument to T-34 with eight combat decorations and guards citation was unveiled on Victory Day of May 9, 1968. This tank took part in every major battles from Moscow to final victory over Nazi Germany in Berlin. The front side of the high rising pedestal features the Mongolian Golden Soyombo emblem and an inscription in Mongolian below, "The 'Revolutionary Mongolia' tank brigade built on the donation of the people of Mongolia participated in war against Hitler's Germany." The rear side of the pedestal has another slogan "Long live the valiant friendship between the peoples of Mongolia and the Soviet Union!" Initially at the intersection near Bogd Khaan Palace Museum, the Tank Memorial was transferred to World War II Memorial Complex on Zaisan Hill. 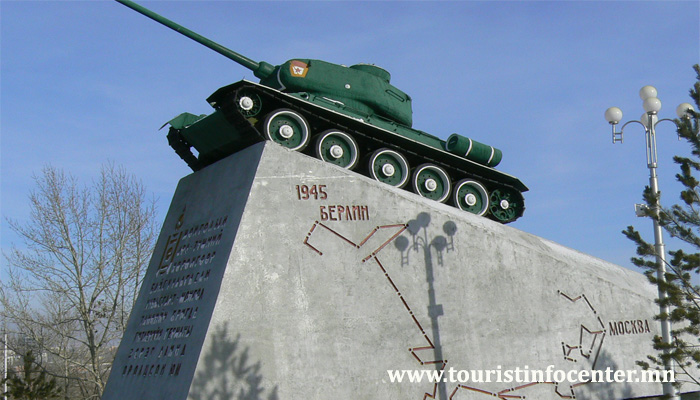