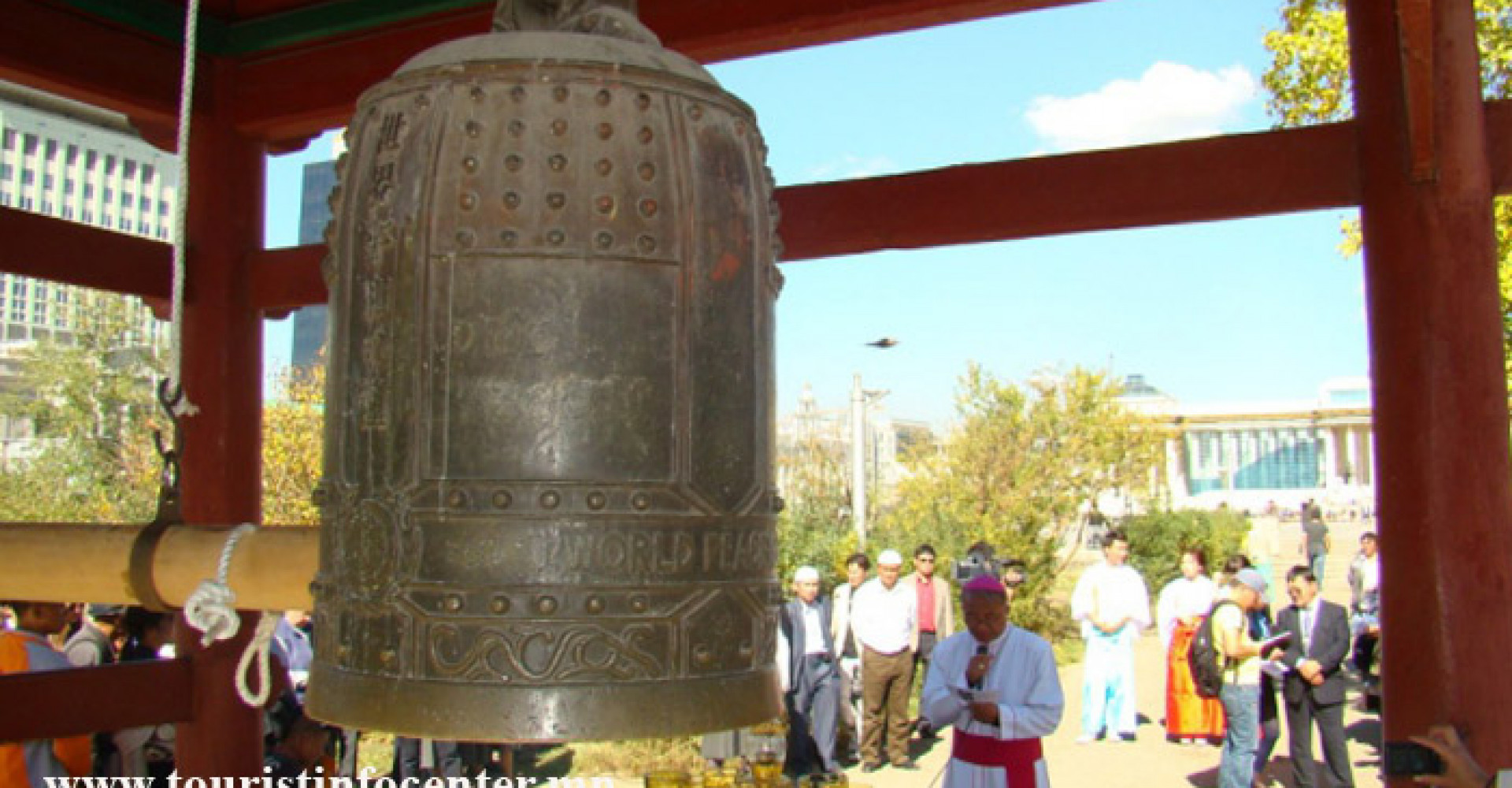 The bell was presented in 1992 by Japan-based World Peace Gong Society in recognition of peace efforts of the Mongolian people. Minted from coins of countries around the world.