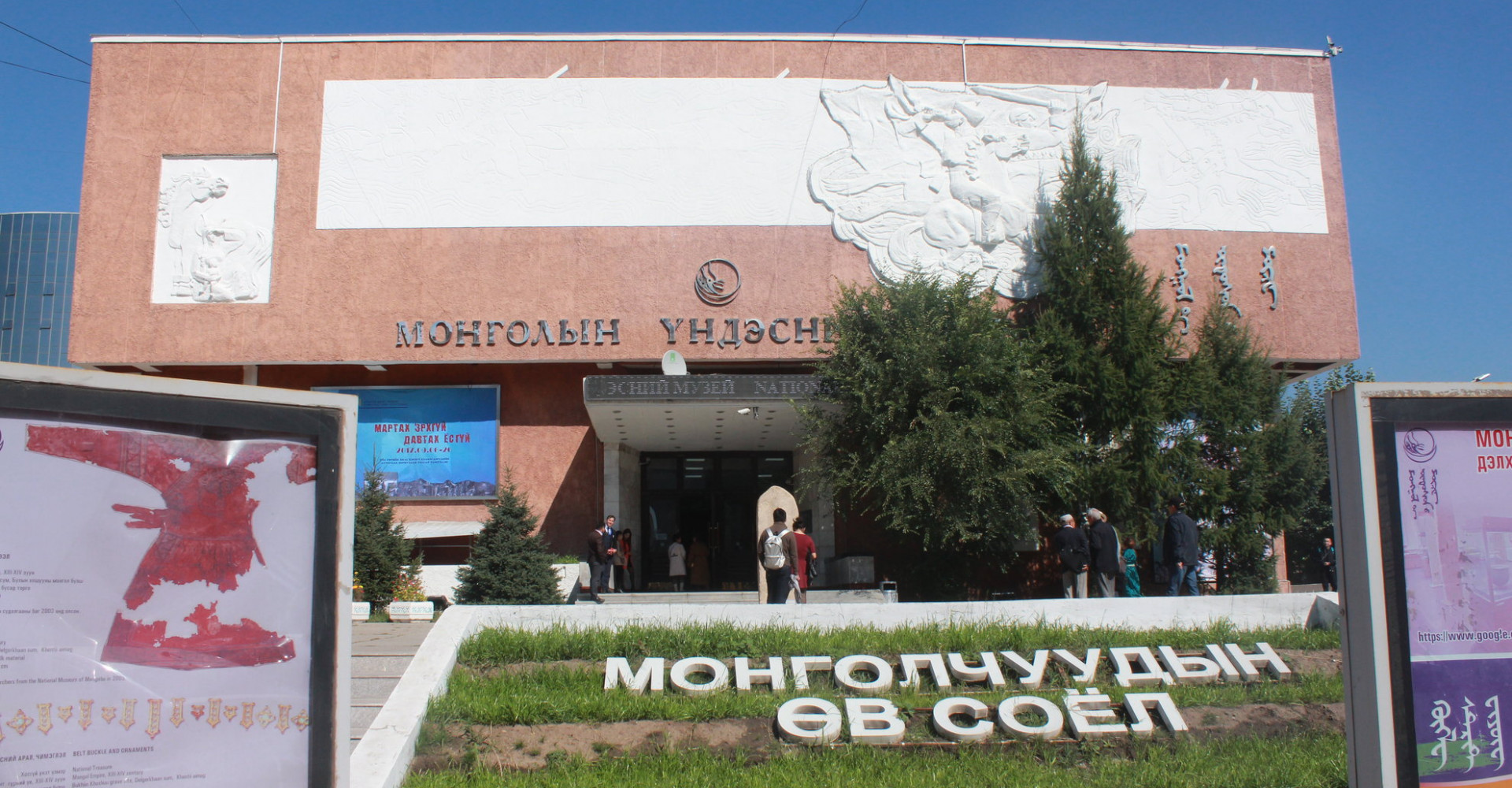 The National Museum Of Mongolia

The National Museum of Mongolia was established in 1924. The Museum’s collection contains about 56, 000 historical, archeological, and ethnographical artifacts from prehistory through the contemporary era. Some of the most historically significant items are displayed in our 9 halls, which are arranged according to historical periods and themes.

Hall 1: Ancient History of Mongolia
This Hall displays stone tools and objects relating to rituals or religious ceremonies. The tools were used by the people who inhabited the area of modern-day Mongolia from ca. 800000 BCE through the Bronze and early Iron Ages, ca. 3000-300 BCE.
Hall 2: Ancient States
The archeological artifacts of this hall relate to the history and culture of the political entities that were established from the 3rd century BCE to the 12th century CE onwards. The first powerfi.il empire was established by the Hunnu people from the 3rd century BCE - 1 st century CE. After the Hunnu Empire, there were several other nomadic tribes in quick succession. Also on view are artifacts from the Turkic, Uighur, and Kidan states.

SECOND FLOOR
Hall 3: Traditional Clothing and Jewelry
On display here are costumes of Mongolia’s ethnic groups, including state ceremonial attire, seasonal dress, jewelry, and accessories. Mongolia has more than 20 ethnic groups originating from 2 nationalities— Mongolian and Turkic. Most of the items date from the 10th- 20th centuries.

THIRD FLOOR
Hall 4: The Mongolian Empire
This hall is divided into two periods: the earlier Mongolian State and the Mongolian Empire. In the next section, exhibits relate to the time of Chinggis Khan and his successors, which include a state banner and historical military equipment. Some artifacts were excavated from ruins of Kharakhorum.

Hall 5: Mongolian Traditional Culture
This hall displays traditional Mongolian culture, which is tied to the nomadic lifestyle. On view here are items of spiritual importance; manuscripts, scriptures, and tools for their production; musical instruments; games and toys; and items associated with the national Naadam Festival.

Hall 6: Mongolian Traditional Life
Mongolians have been living as pastoral nomads for many centuries. This hall represents the aspects of the nomadic lifestyle such as a furnished ger and tools for cattle- breeding, hunting, and agriculture.
Hall 7: 17th -early 20th centuries Mongolia

For about 200 years, from the 17th to the beginning of the 20th century, Mongolia was under Manchu rule. Seals, coins, instruments of torture, and other historical materials document this period.

The beginning of the 20th century saw Mongolia struggling against Manchu rule, which resulted in independence in 1911. The subsequent theocratic monarchy headed by the Bogd Khan lasted until 1924. Exhibits in this hall describe the military and political struggle for Mongolia’s autonomy as well as the ensuing social and economic changes.

Hall 8: Socialist Mongolia, 1921-1990
With the revolution of 1921, Mongolia became a country driven by socialist ideology. Mongolia’s socialist period lasted until 1989. The political direction taken resulted in major changes in Mongolia’s political system, society, economy, and culture. These changes, negative as well as positive, are explored through historical photography and other objects.

Hall 9: Democratic Mongolia, 1990-present
In 1990, Mongolia saw a peaceful revolution that transformed Mongolia into a democratic state with a constitution, a multiparty system and a parliament. Mongolia turned away from the socialist economic system in favor of a market economy. Since then, Mongolians once again enjoy the right to private property. Foreign relations were expanded and Mongolia’s position in the international arena strengthened. Since embracing democracy, pluralism has become firmly established and traditional Mongolian culture has been revived.

Thank you for visiting our museum.

MEMO:
•    If you take pictures without paying the fee, the Museum would charge the surcharge.
•    It is prohibited to take photographs of exhibits labeled with a “no photo” sign.
•    Professional photographers & videographers need to get permission from the Museum Administration.
•    IN THE EXHIBITION HALLS DO NOT *Speak loudly, *Run, *Eat & drink, or *smoke 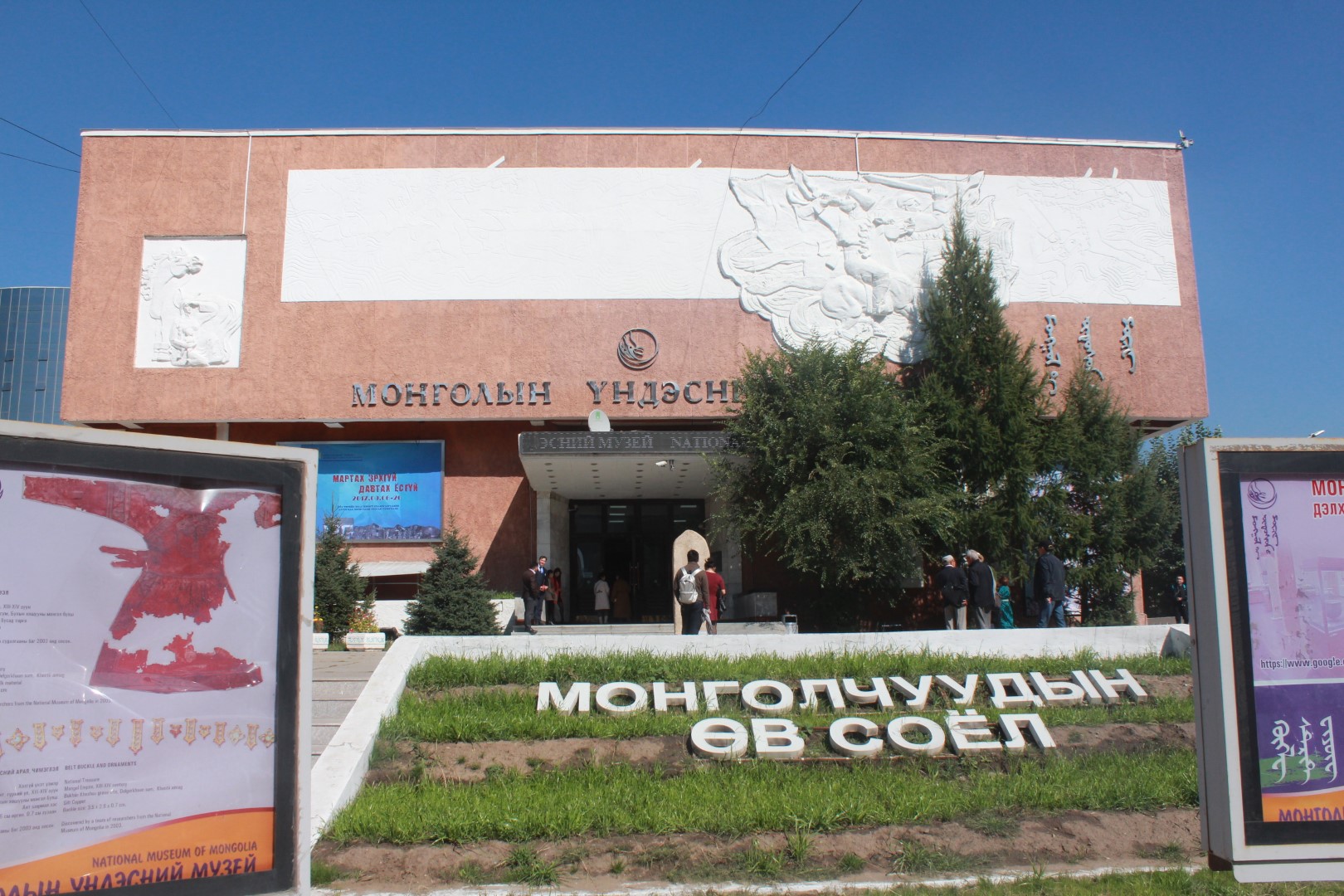