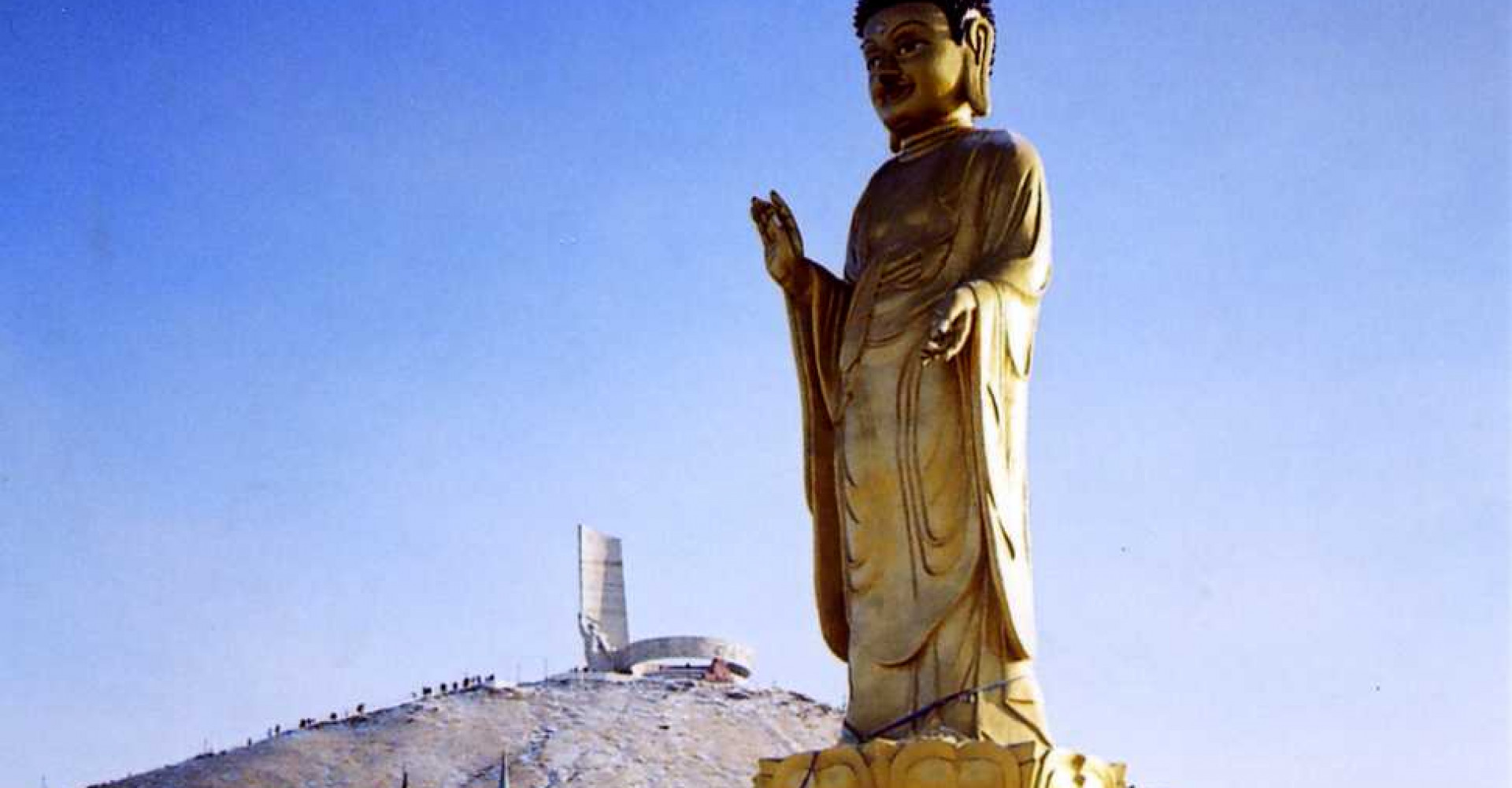 The Buddha Garden was constructed in 2006 by donation from people in the South Korea8 and this 23 meter tall statue was crafted by Korean sculptors6 The project was initiated by Guru Dava Rinpoche and the inspiring ritual for the statue was perpormed by him. The Buddha Statue faces to Ulaanbaatar city and it symbolize the peace. And a bell and guardian drum were placed around the Buddha. 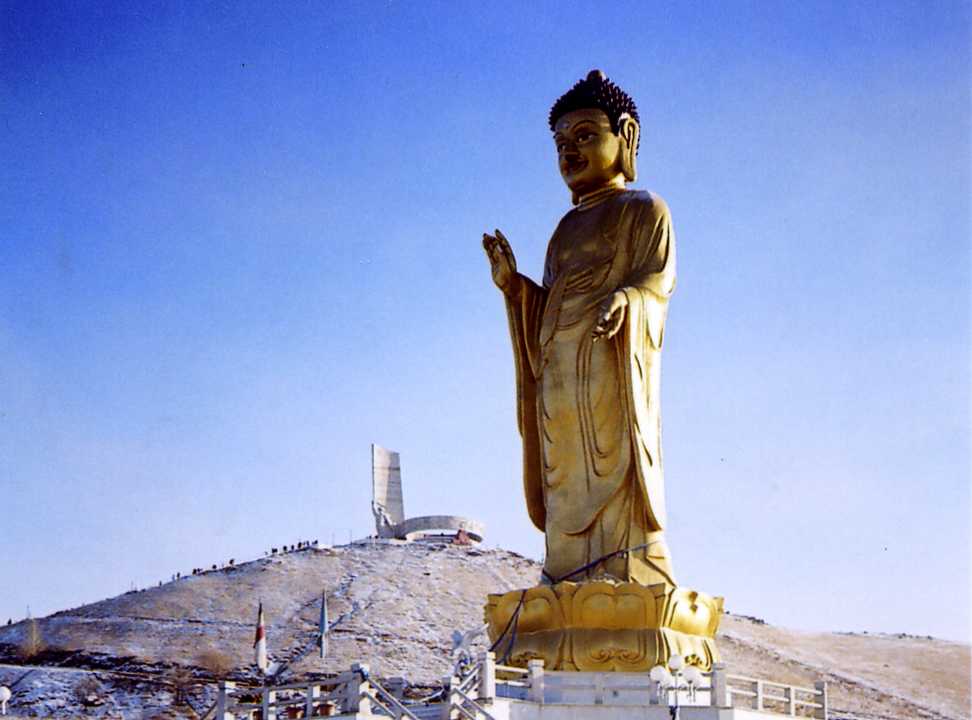