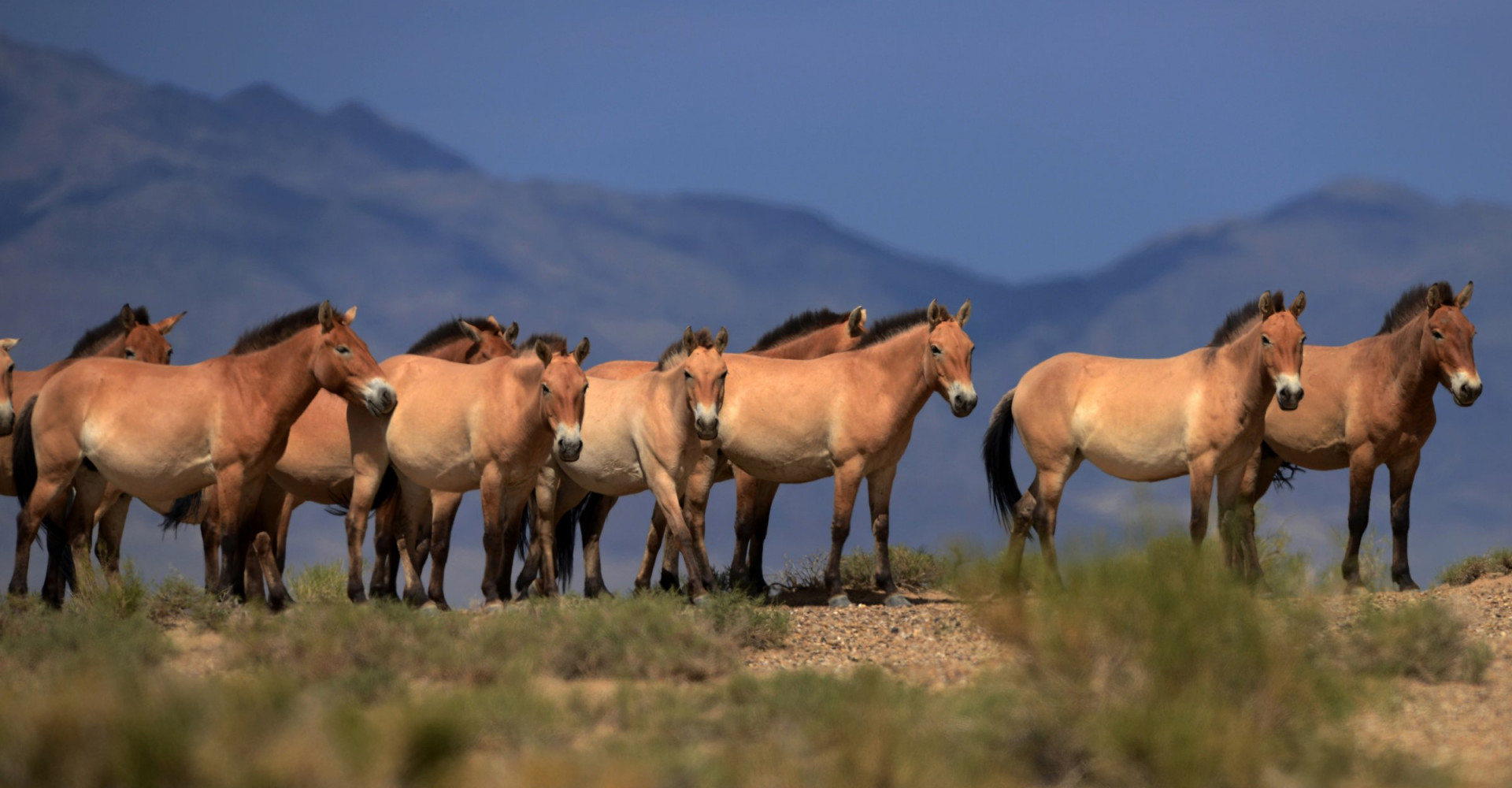 On the border of the northern section of Dzungarian National Park. Eight Takhi (the Mongolian wild horse) were reintroduced into the wild here in 1996. Experts hope they will survive and flourish in this remote area of the Gobi.

On the left is a wild-born takhi stallion. On the right are four mares who had been flown in from the Prague Zoo two months earlier in July, so were still being kept in a big acclimation enclosure. The reintroduction people had learned early on that if the transhipped horses were simply released into the reserve upon arrival they would mostly not survive the winters (temperatures as low as -50C) or the wolves. Rangers keep an eye on all of them, but ultimately nature is allowed to take its course. 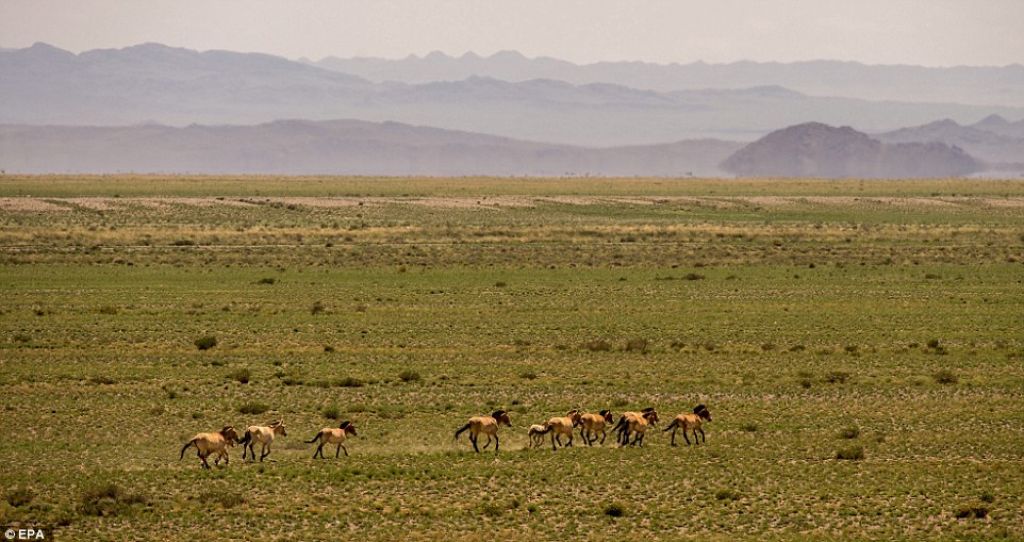 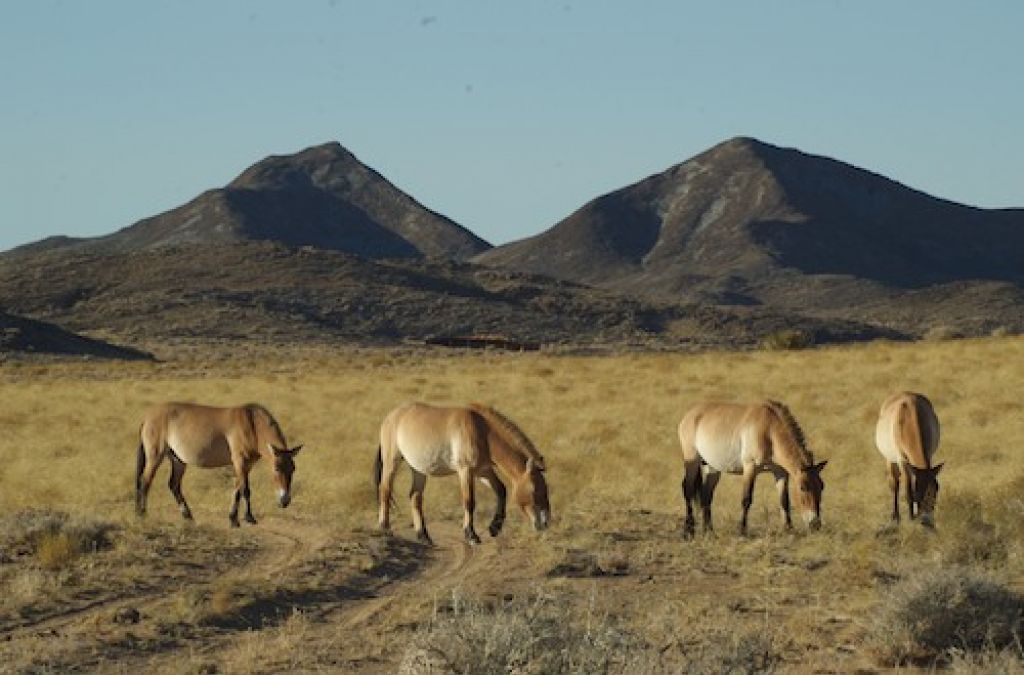