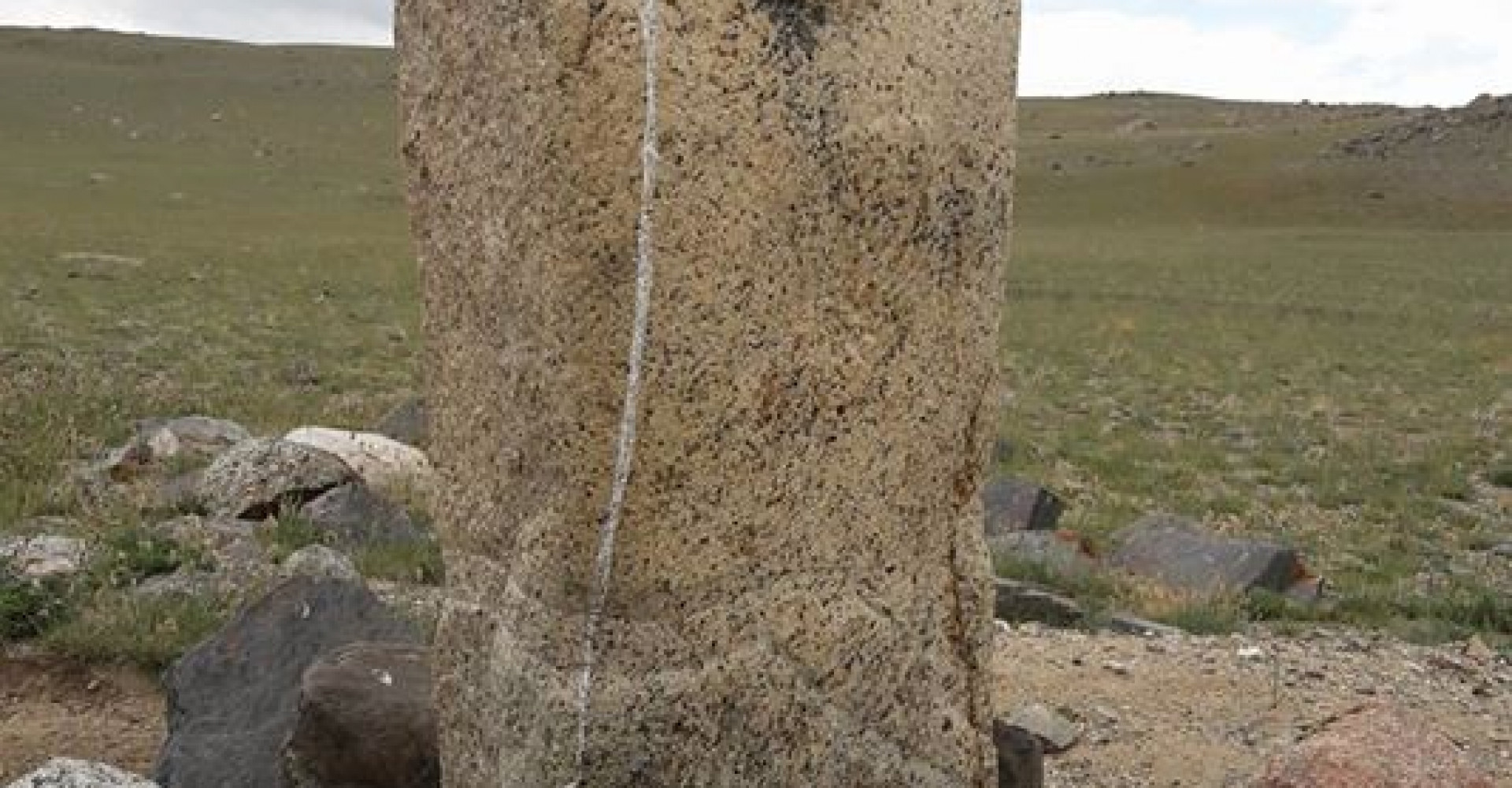 The stone statues were made by beige granite and are tall as humans. The height is 112 sm, width of shoulders is 42 sm, thickness is 20 sm and the thickness by the chin is 33 sm. Head of the statue is flat but there is no sign of hat in the statue. Eyebrows were joined together and carved in relief and continued till the bridge of nose.

The statue structure, image, belongings and the structure of the grave prove that these statues belong to Tureg dynasty. These statues are the statues that are in the highest point in Mongolia.