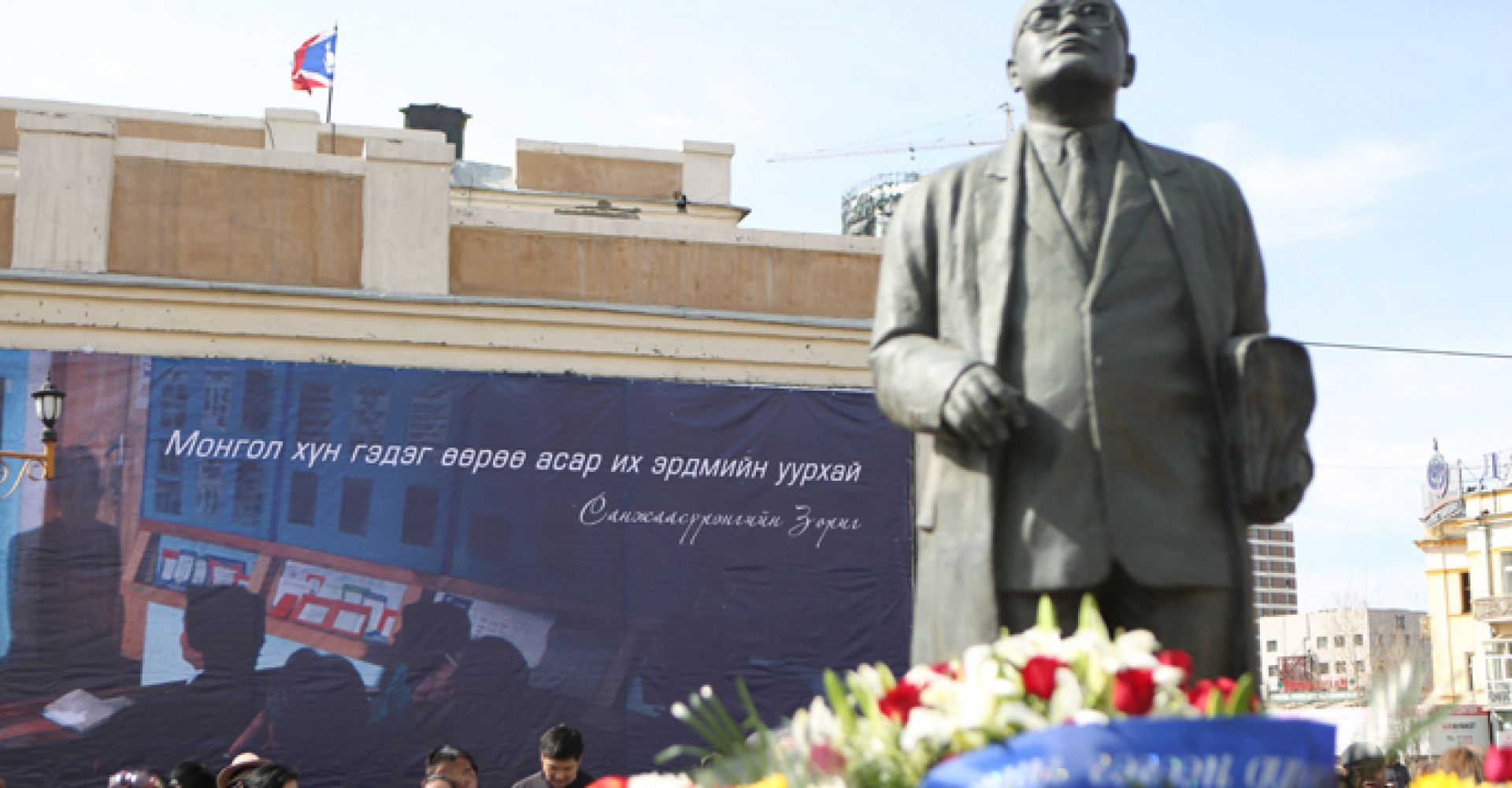 The bronze and concrete statue by sculptor B.Denzen in memory of the leader of 1990 Democratic Revolution, Sanjaasurengiin Zorig (1962-1998) was unveiled shortly after his tragic death. While Member of Parliament and Minister of Infrastructure Development, S.Zorig was murdered on October 2, 1998. 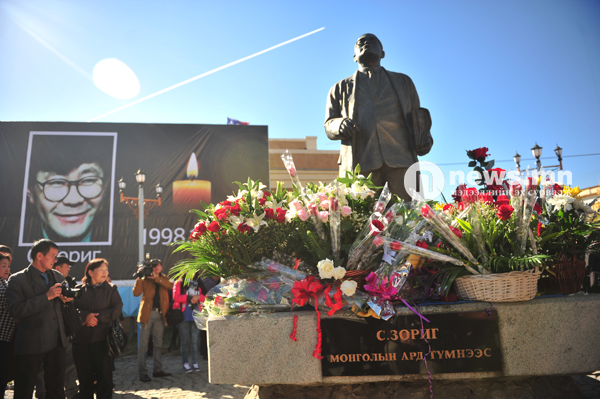