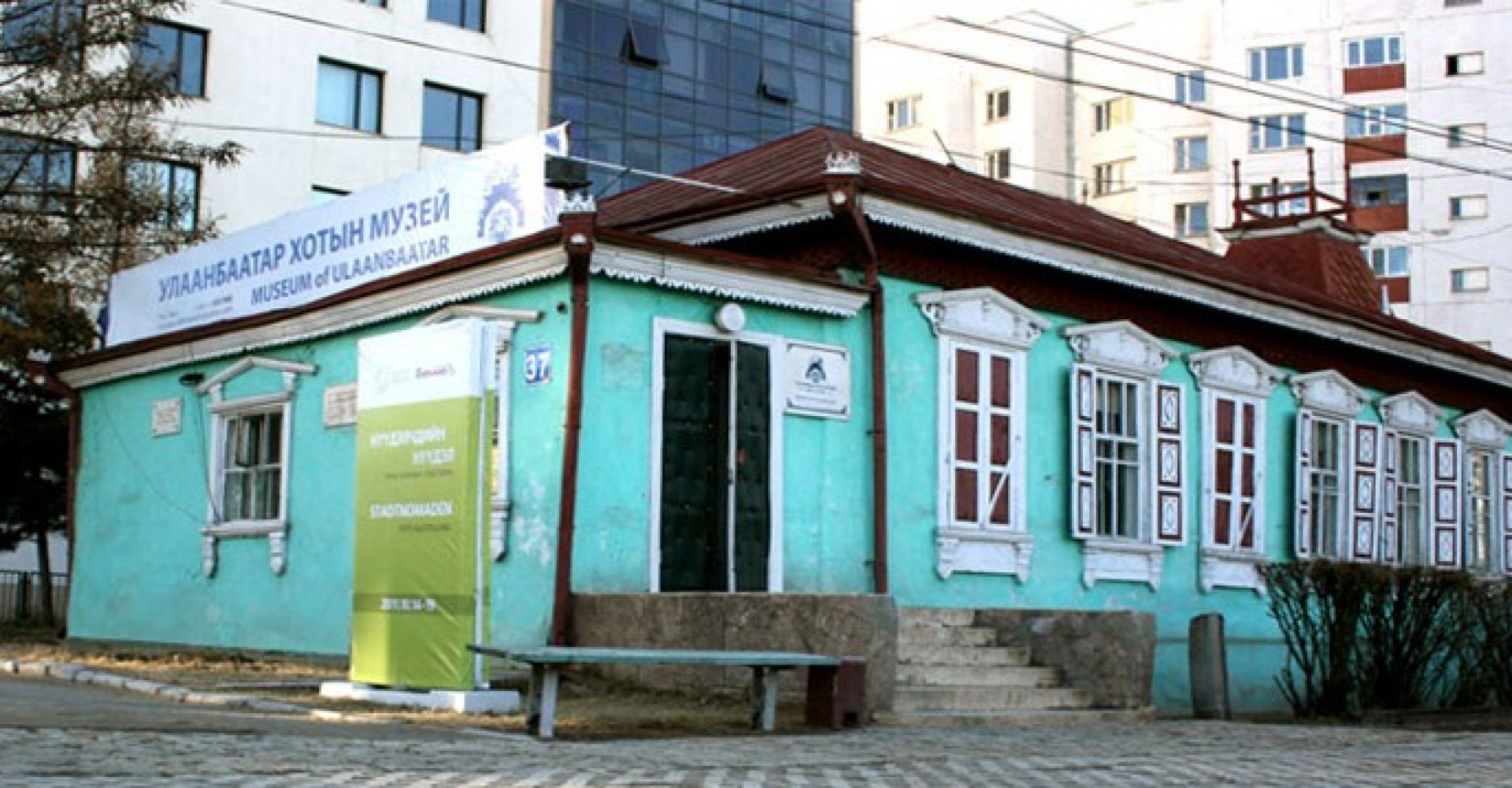 The building of the museum was built in 1914 by Mr. Tsogtbadamjav, a Buryat merchant as his own property. During July and August of 1921 the building was used as an office of the Central Committee of Mongolian People’s Party Covernment, Headquarters of the army and Commander D.Sukhbaatar. The Embassy soviet Tuva was located in the nuilding after which it was cinverted into the museum of D.Sukhbaatar. In 1953 its exhibits were transferred to the museum of the Sukhbaatar and Choibalsan which was established on the basis of the palace of Kh. Choibalsan, party and political leader. In 1956 the museum was named as the “Museum of the history of Ulaanbaatar” with the propose of telling the city’s inhabitants and its guets about the history and development of the capital city.  The museum tells the history since 1639 when G.Zanabazar was elected as the head of Yellow Relidion in Burd soum of Uvurkhangai province. Location: in the east side of Wrestling Palace, Peace Avenue, Bayanzurkh district, Ulaanbaatar, Mongolia
Time table (Winter): Monday-Friday 08.00- 17.00, (Saturday-Sunday 10.00-17.00 Only during exhibition)
Time table (Summer): Monday-Friday 08.00- 17.00, (Saturday-Sunday 10.00-17.00 Only during exhibition)
Ticket price (Adult): 1500 MNT
(Student): 1000 MNT
(Child): 500 MNT
(Camera):
(Video):