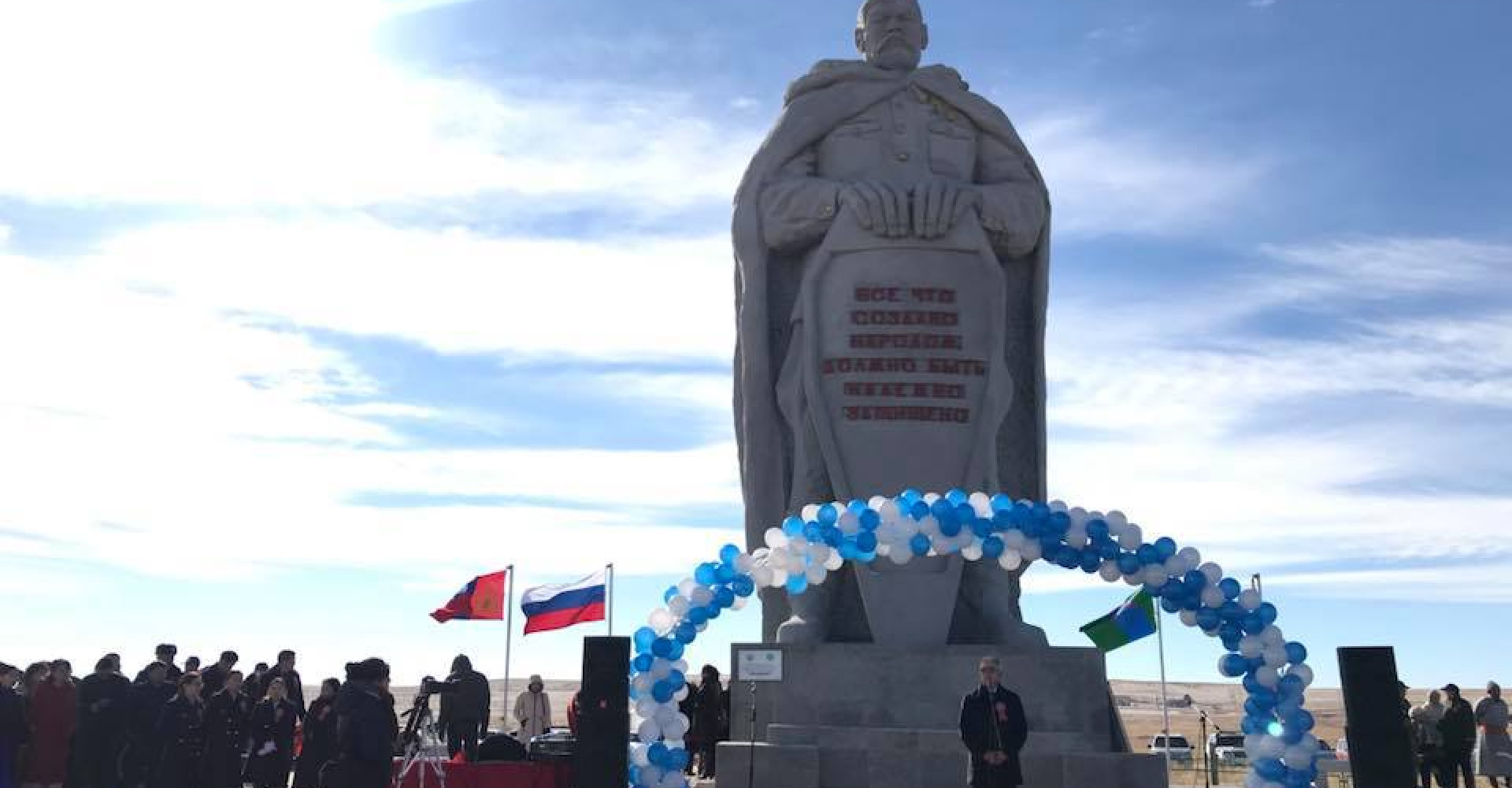 The Monument to Soviet Soldiers was constructed between 1969 and 1971 by a team of architects led by chief architect A.Khishigt and assisted by architects T.Mishig, N.Urtnasan, D.Ulziikhishig, construction engineers S.Ya.Kuznetsov, I.Badai, sculptors Ts.Dorjsuren, T.Zulzaga, artists Ya.Urjnee and B.Dorjkhand. The memorial comlex is composed of the Heroes’ Statue, stairs and road to the momunent, parking lot, a plaza and an eternal flame and thoroughly reflects the idea of eternity of fraternal friendship between the peoples of Mongolia and the Soviet Union. The memorial starts with a plaza on the northern foot of Zaisan Hill and monumental symbols of two nations – the Mongolian Soyombo and the Soviet Hammer and Cicle. The wall on the plaza has words “Here the memory of Soviet soldiers, forever enshrined, in the sky with the sun and in the soil with the fire” inscribed in copper, in Mongolian and Russian languages. From here a 612-step, 300 meter-long staircase lead to the Heroes' Monument on top of the hill; and a 680 meter-long paved road reaches the middle section of the hill, allowing for vehicles to reach the halfway of its total height.

The monument itself resembles the Mongolian fireplace, symbolizing life. This life was brought by the sacrifice of fallen Soviet heroes, and the independence of Mongolia ows great deal of debt to the Red Army soldiers who are epitomized by a 27 meter-tall statue holding the banner of victory in the right hand and a machine gun in the left hand. The ceremonial plaza to its side features another inscription in both Mongolian and Russian, "Your precious lives in us continue, your glorious deeds in life immortal." In place of honor rest the samples of soil from Altanbulag, the cradle of the People's Revolution, Tolbo Lake and Khalkhyn Gol where two fraternal armies fought shoulder to shoulder against common enemies, and Soviet heroic cities of the Great Patriotic War.

The rounded wall resembling a Mongolian fireplace has a 22-meter diameter and is 3.2 meters tall. Outer rim of the wall depicts bas-relief images of Mongolian and Soviet combat valor decorations and traditional ornaments. Inner rim of the wall features the stone mosaic depicting the history of fraternal comradery of the two armies, common victories of 1921, 1939 and 1945 against the Kuomintang, the White Army, Japanese militarists and Nazi Germany and peace-time friendship of the two people. In the center of the composition is a red porphyry bowl decorated with Mongolian meander, which emanates the Eternal Flame from its center. 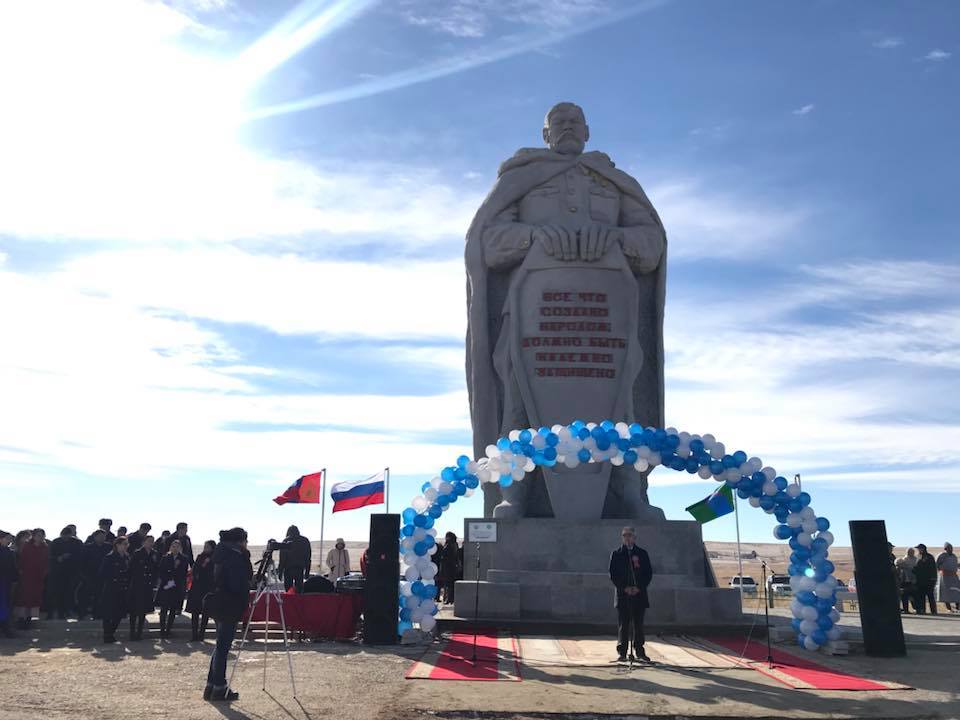