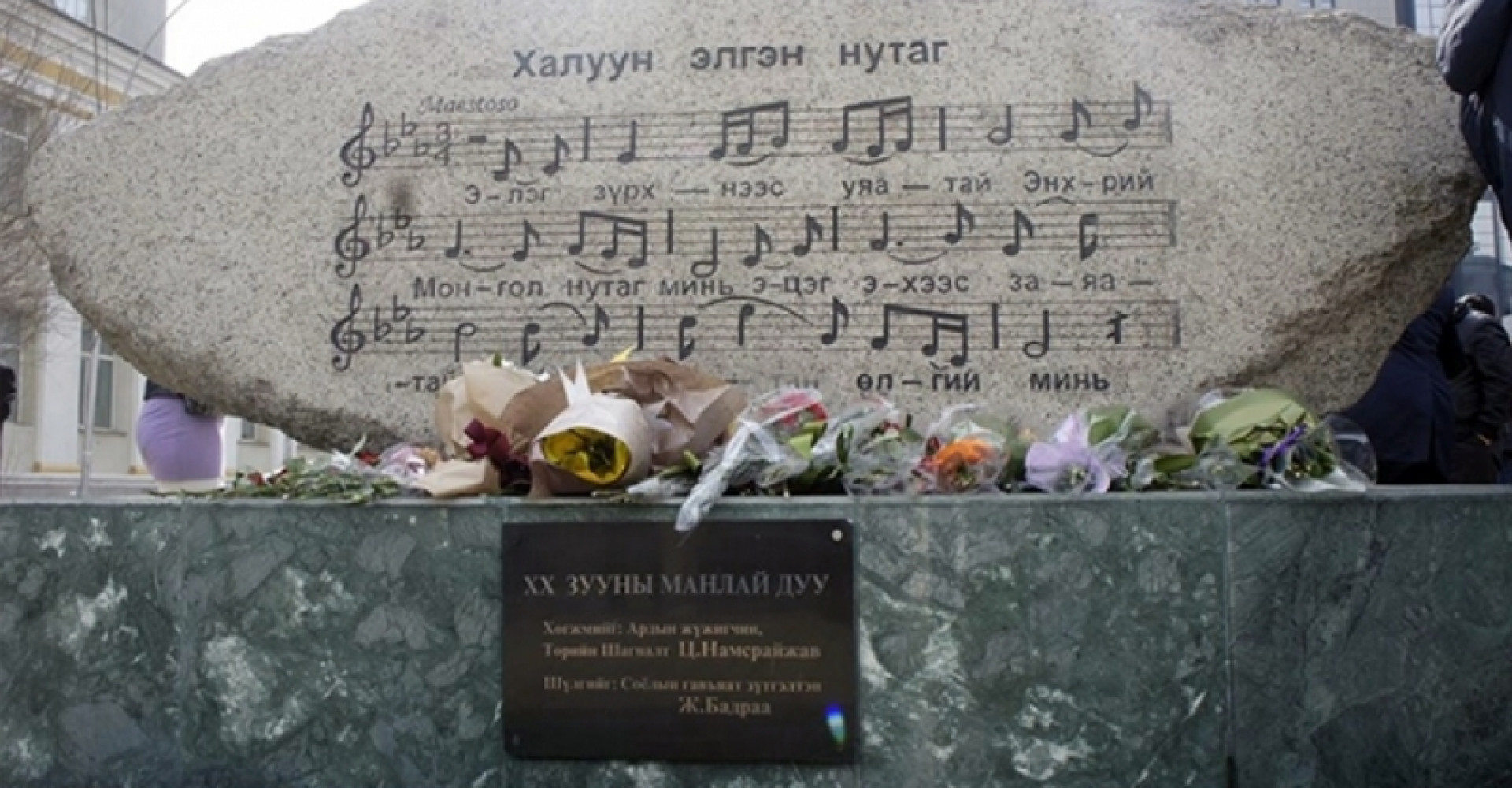 MONUMENT TO “MY ADORED HOMELAND” SONG

"My Adored Homeland" is the most recognized patriotic song in Mongolia, often called the "unofficial national anthem." In 1999 D.Batdorj designed a monument to this song with its first stanza notes engraved on the piece of granite resembling the contours of the map of Mongolia. This is the first monument dedicated to a song. 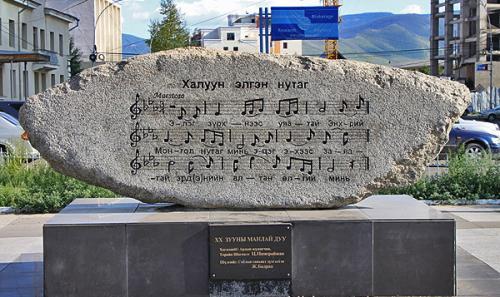