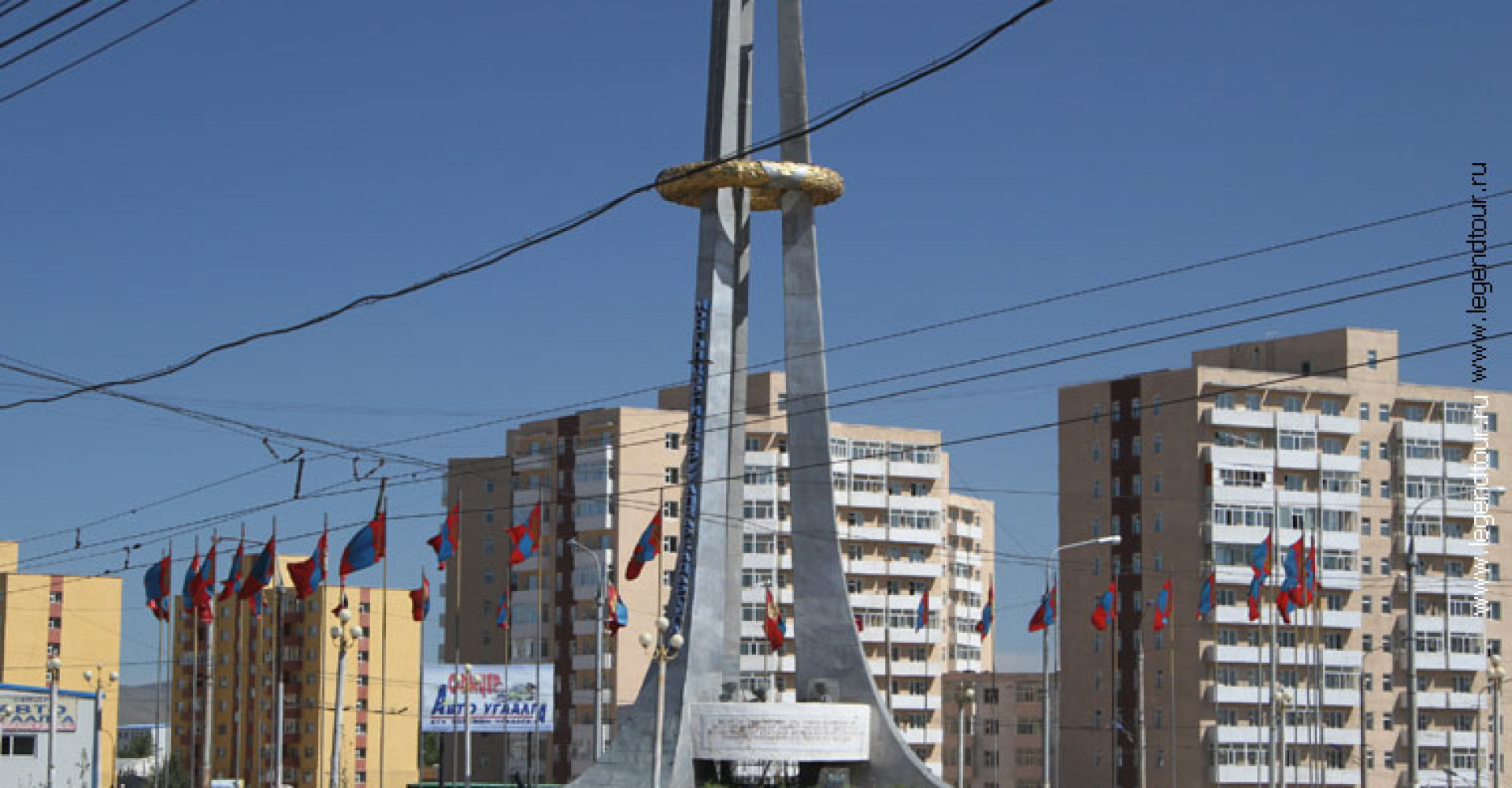 During the Second World War (the Soviet Great patriotic War) funds donated by the people of Mongolia produced the "Mongol Ard" squadron of twelve La-5 fighter aircrafts, which was officially presented to the Red Army in 1943. Witness to this contrinution, the memorial was erected in 1985 by the project of Russian sculptor L.K.Medyanov and the design by B.Gombosuren. The spot of the memorial was previously known as "the Consular Hill," where on May 25, 1925 the Soviet pilot A.A.Lapin landed his Yu-13 which became the first airplane of the Mongolian air force. 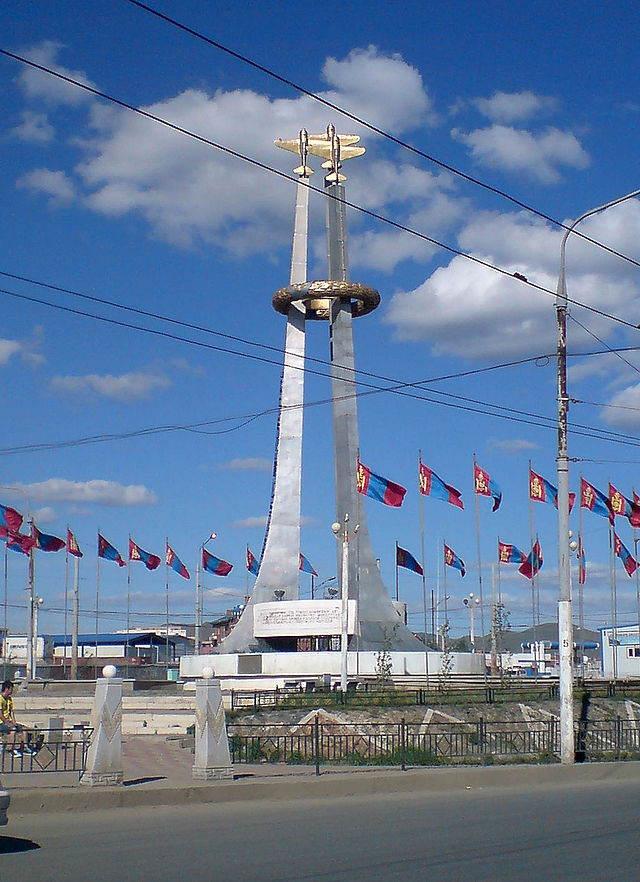