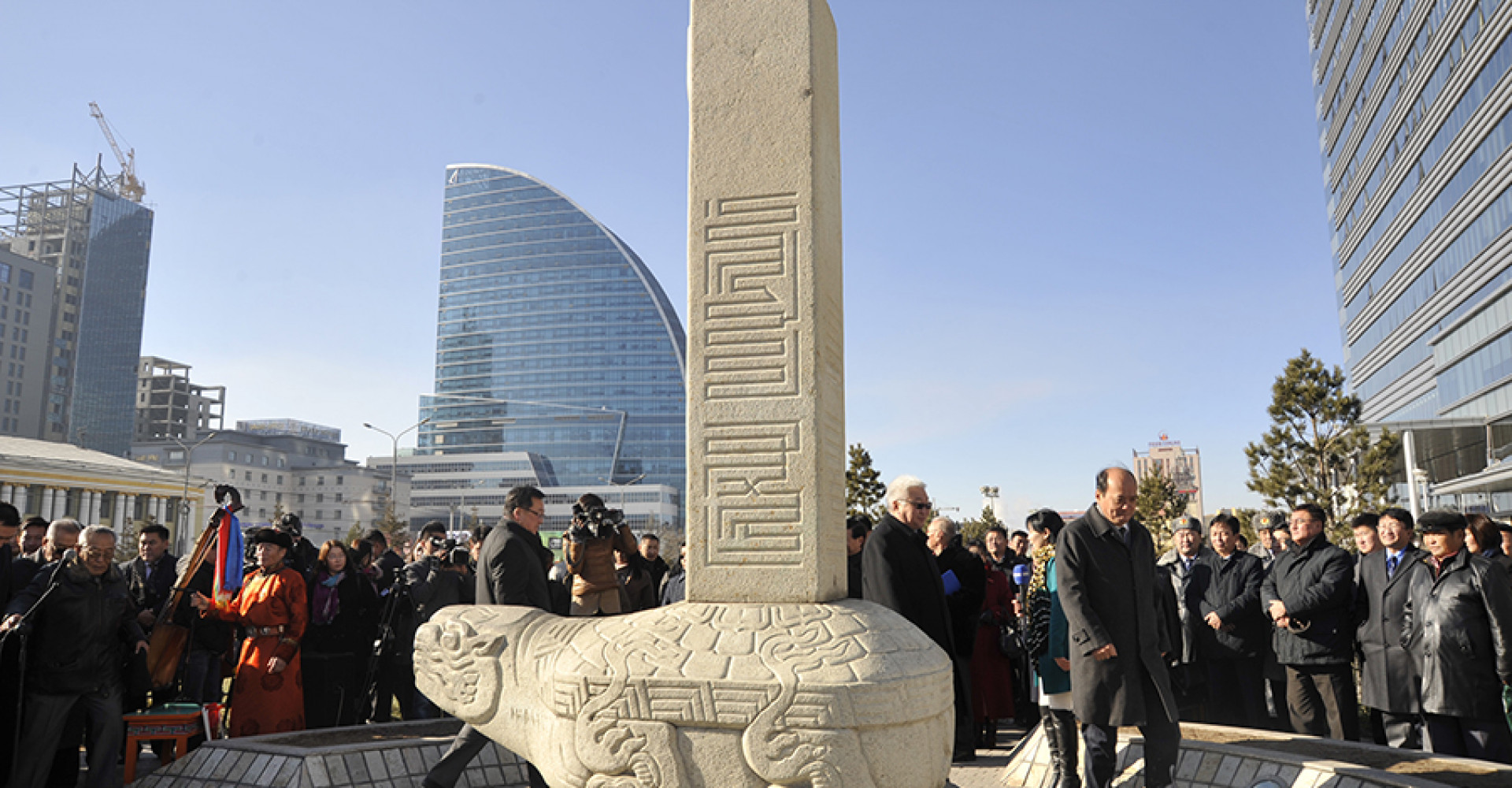 MEMORIAL TO THE GROUNDBREAKING OF CAPITAL CITY

The history of Ulaanbaatar dates back to 1639 with the investiture of Zanabazar, the son of Tusheet Khan Gombodorj as the Lord of Mongolia’s Buddhist Sangha in 1639. Urgoo (meaning “the Citadel”), as the encampment was first known, relocated several times until permanently settling in the Tuul Valley in 1778. On the exact spot of that final settlement, a memorial to the groundbreaking was unveiled in 1994 on the occasion of the 355th anniversary of the founding of Ulaanbaatar. The monument was built by a team of sculptors led by artist D.Naranjav and assisted by Ts.Vaanchig, Magsarjav, Sukhbaatar and Altankhuyag. The three-part statue consists of a pedestal, a stone turtle and an obelisk. The round-shaped pedestal, symbolizing the Mongolian ger, features the words “Be it known to posterity that here the Mongolians have chosen to build their capital city!” by renowned poet B.Lhagvasuren, inscribed in the Classical Mongolian script. The turtle is a common element in Oriental architecture symbolizing longevity and tranquility. Four sides of the obelisk feature the historic names of the city in folded style of calligraphy, crowned by the coat of arms of Ulaanbaatar city depicting Khan Garuda, the guardian spirit of Mt. Bogd Khan. 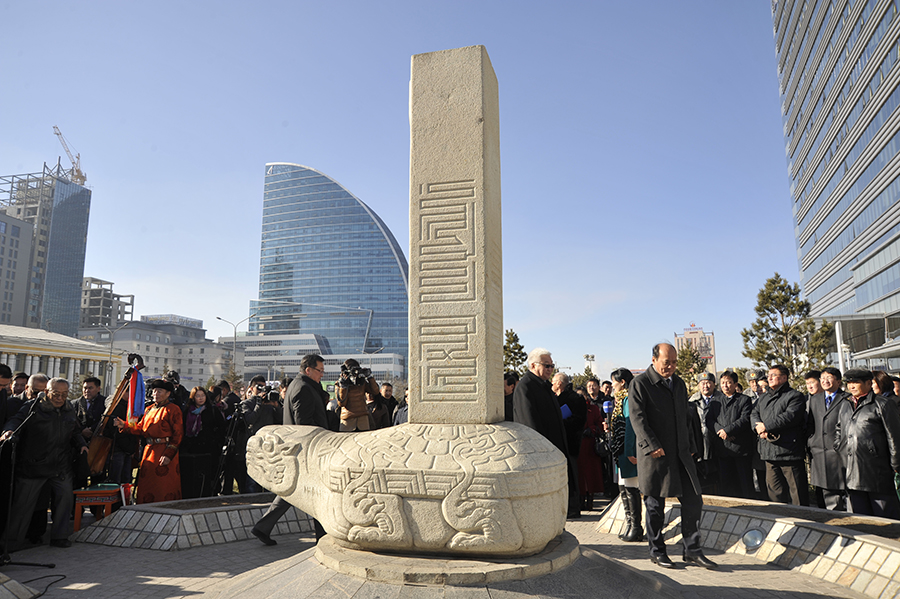