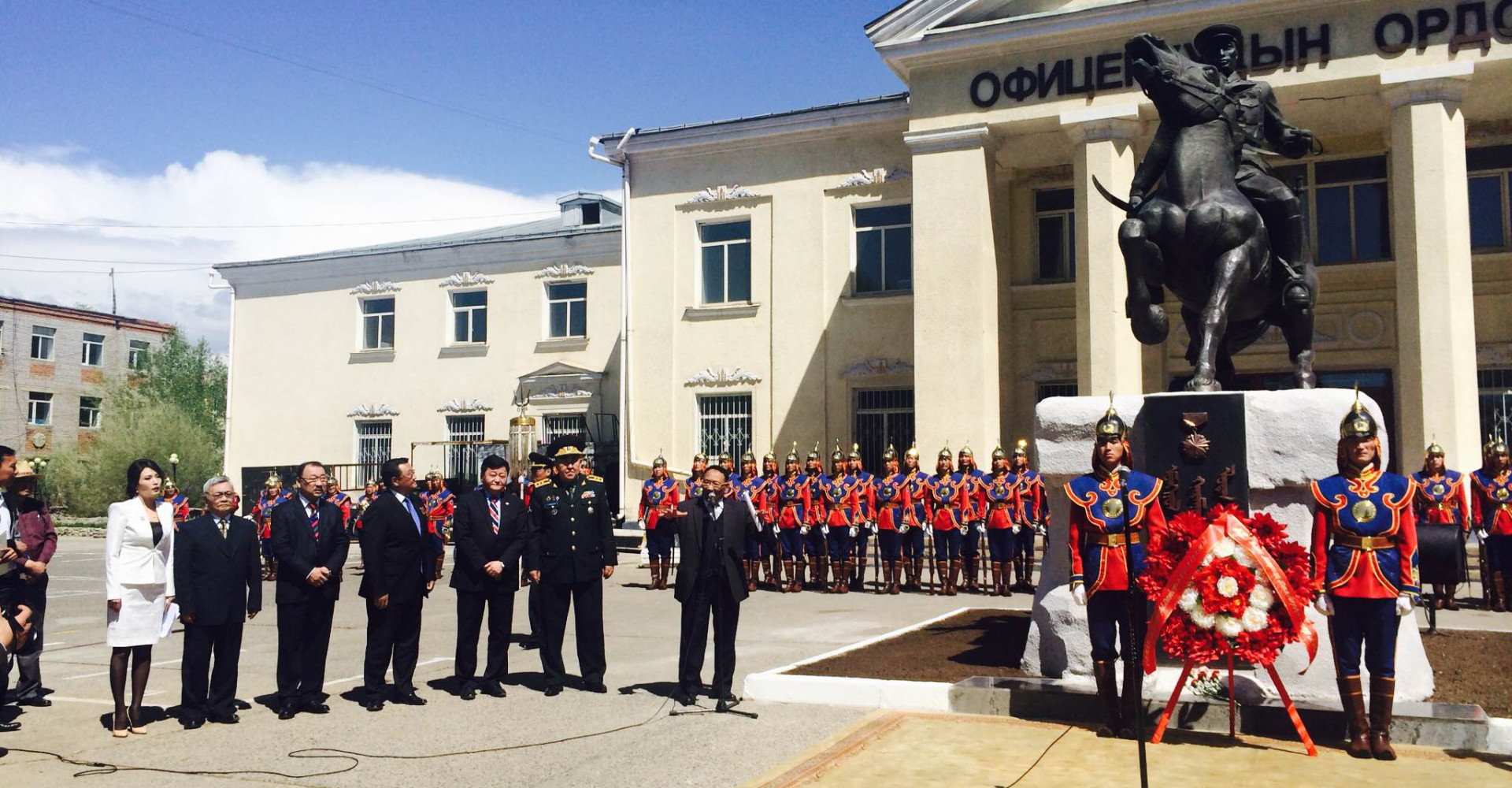 The statue of Mongolia's most famous war hero, Lodongiin Dandar (1914-1986), commonly known as "the Hero on a Pinto Horse," was unveiled in 1999 by the design of Ts.Tsegmid. L.Dandar successfully commanded cavalry regiments in both 1939 Battle of Khalkhyn Gol and 1945 World War II in Asia and is decorated with highest valor distinctions of the nation for bravery in combat. 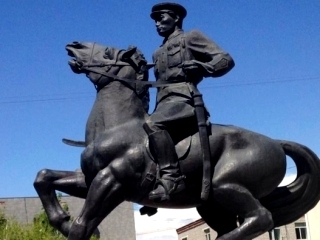