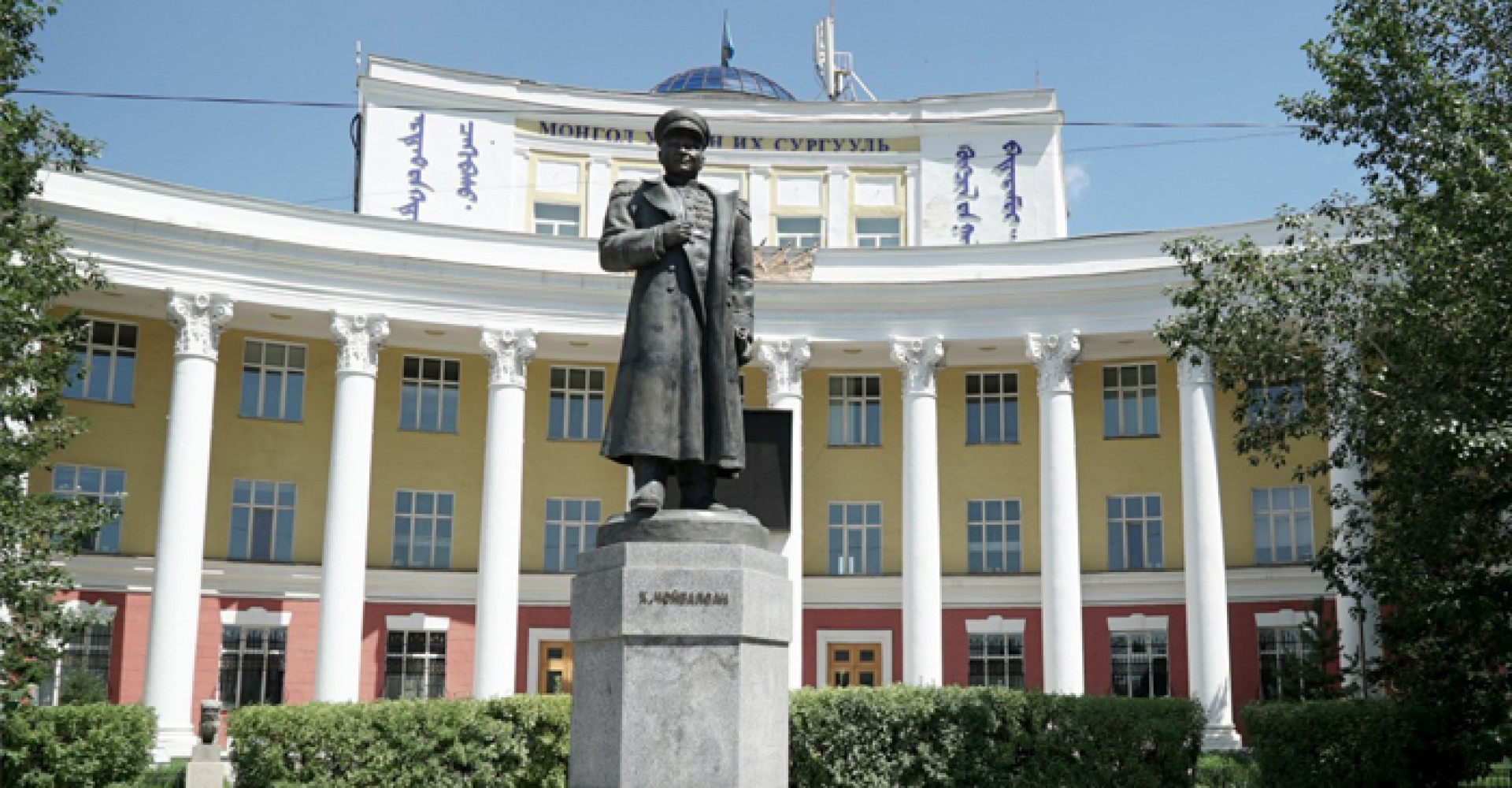 The statue of Mongolia's statesman and military leader, Marshal of Mongolia Khorloogiin Choibalsan (1995-1952) was sculpted by S.Choimbol in 1946. Erected during the lifetime of Kh.Choibalsan during the height of his cult of personality, the statue is the only one in Ulaanbaatar to ever have been dedicated to a living person. Kh.Choibalsan was Prime Minister of Mongolia between 1939 and 1952. 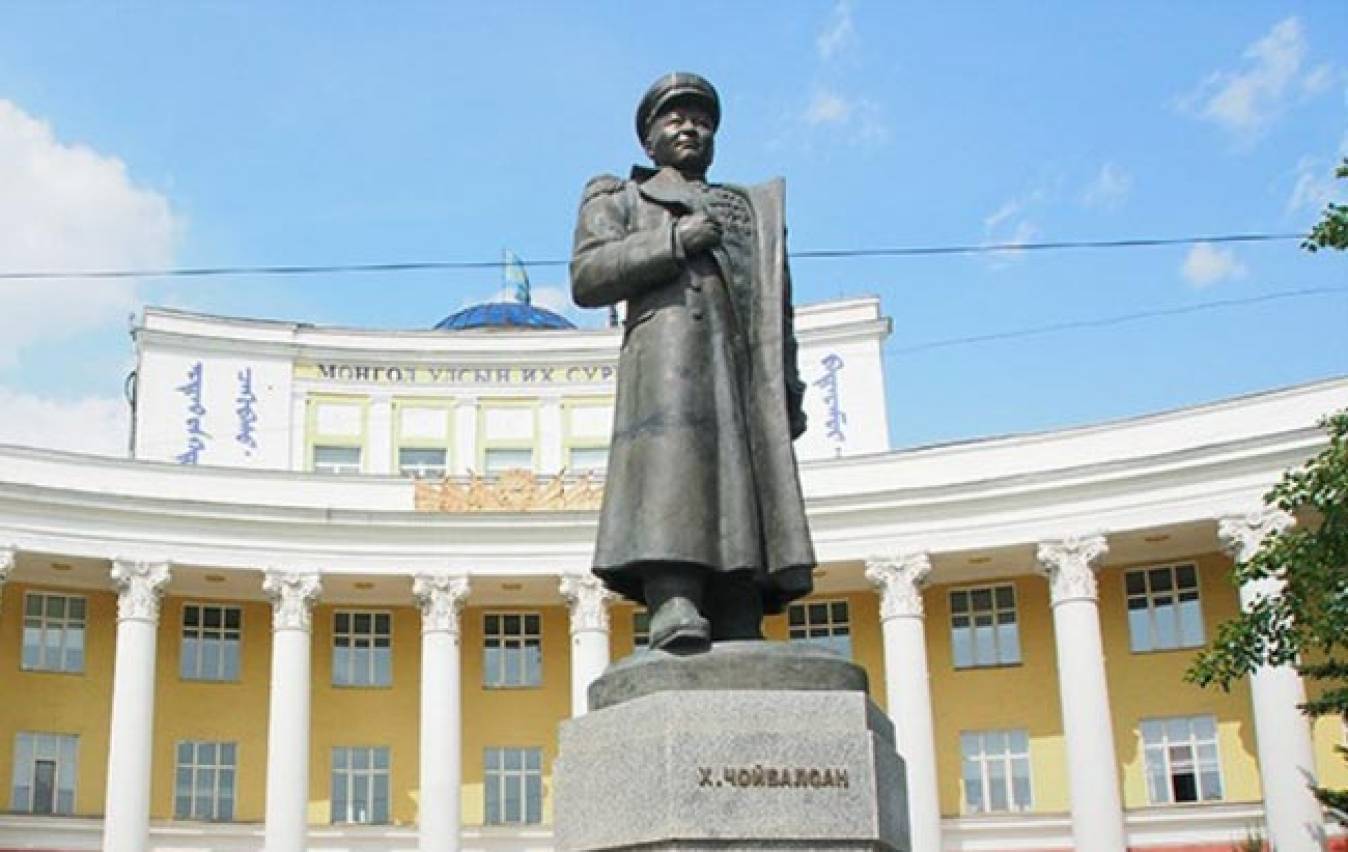