The bust of G.K.Zhukov (1896-1974), Marshal of the Soviet Union, four-times Hero of the Soviet Union and Hero of Mongolia was unveiled in 1984 in commemoration of the decisive role he played as commander of Soviet and Mongolian forces in 1939 Battle of Khalkhyn Gol. Designed by sculptor S.Dorjpalam. 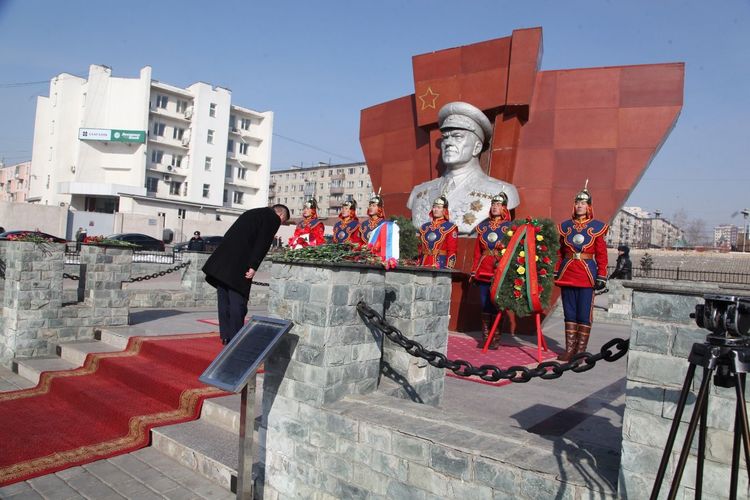