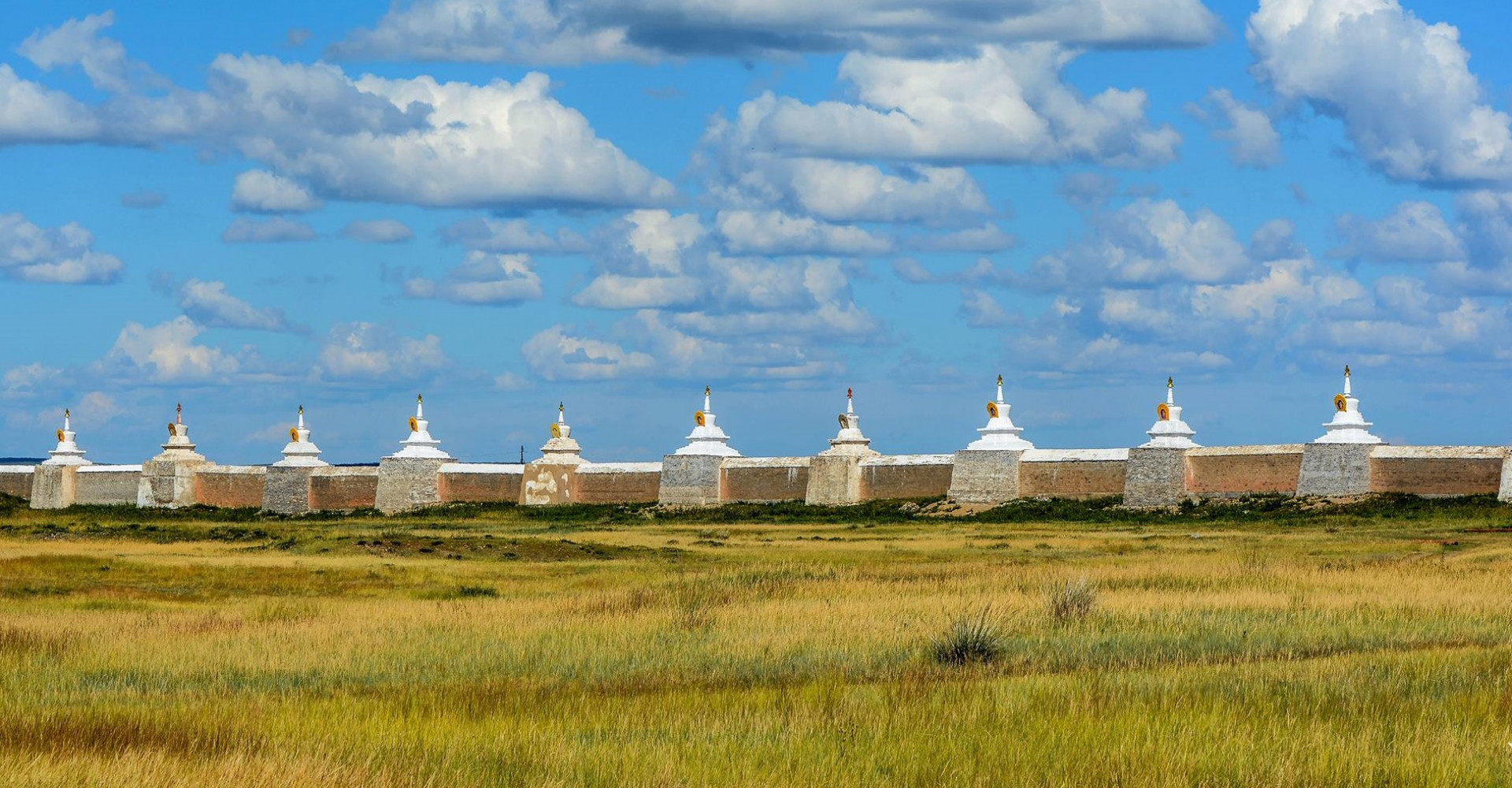 The first Buddhist monastery in Mongolia, Erdene Zuu was established on the ruins of ancient Khar khorin city in 1586 by Avtai Sain khan, probably the most ancient surviving Buddhist monastery in Mongolia. The monastery located Kharkhorin soum, Uvurkhangai province. It is surrounded by fortress wall sized 420m each side, with 108 stupas. In 1792, it housed 62 temples, Mongolian lords tried to have own named temple inside of wall of monastery because it means they have high reputation.

Also in 1658, the biggest ger consists of 35 walls, 1700 long pole and could contain 200 people, was built up at the middle space of monastery wall.
During the communist era this monastery nearly destroyed, nowadays it contains 3 main temples, other some smaller temples, 2 tombs which were dedicated to Avtai sain Khan and his son Tusheet khan Gombodorj and the biggest stupa in Mongolia named “Golden stupa”. The temples became museums in 1947 because Erdene Zuu was allowed to exist as a museum only; the only functioning monastery in Mongolia was Gandantegchinlen Monastery in Ulaanbaatar. However, after the fall of Communism in Mongolia in 1990, the monastery was turned over to the lamas and Erdene Zuu again became a place of worship.

Three main temples are named west zuu, middle zuu and east zuu. Zuu means respectful name of Buddha. So we can see Buddha’s different images such as past time Buddha, future time Buddha, present time Buddha, his child image, adult image, old aged image and his sapient pupils in these temples. These temples have double wall, for encapsulate warm and cool and kind of praying named “Goroo”. Today this monastery could become active monastery again and open for local believers and visitors. This is one of the places where we can learn more about religious and cultural traditions of Mongolia.