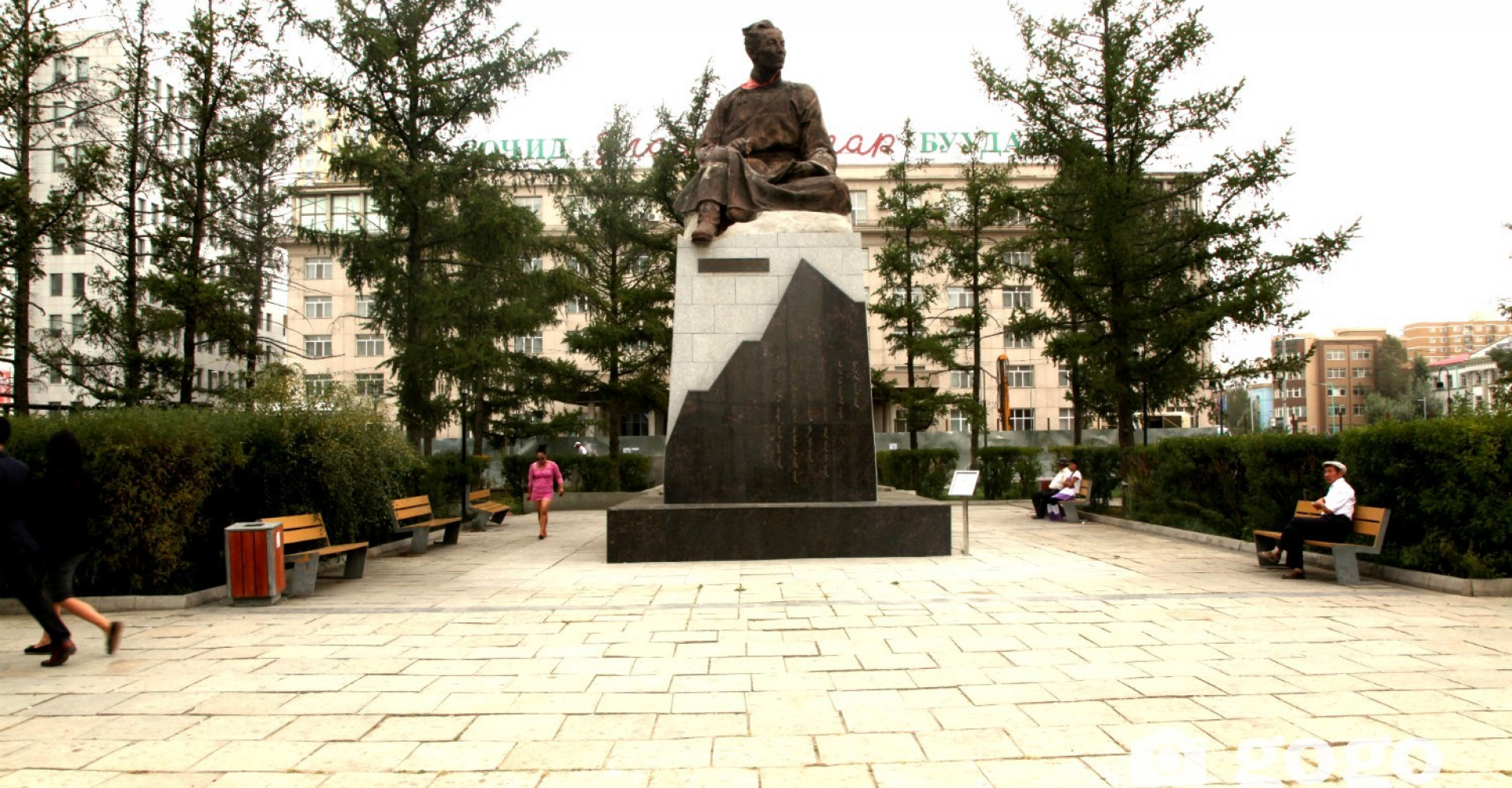 In memory of the founder of modern Mongolian literature, Dashdorjiin Natsagdorj (1906-1937), the statue by sculptor L.Makhbal was erected in 1966 in the Children's Park. The statue depicts the poet in the midst of work, handling a paper and pen. Verses from his iconic "My Homeland" printed in front side of the pedestal in Classical Mongolian. Per resolution No. 103 of the Presidium of Capital Municipality Representatives' Assembly the statue was transferred to the front garden of Ulaanbaatar Hotel in 2013, replacing the Lenin statue. 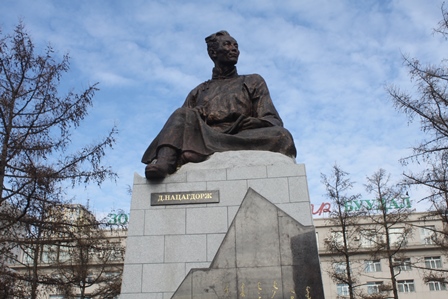