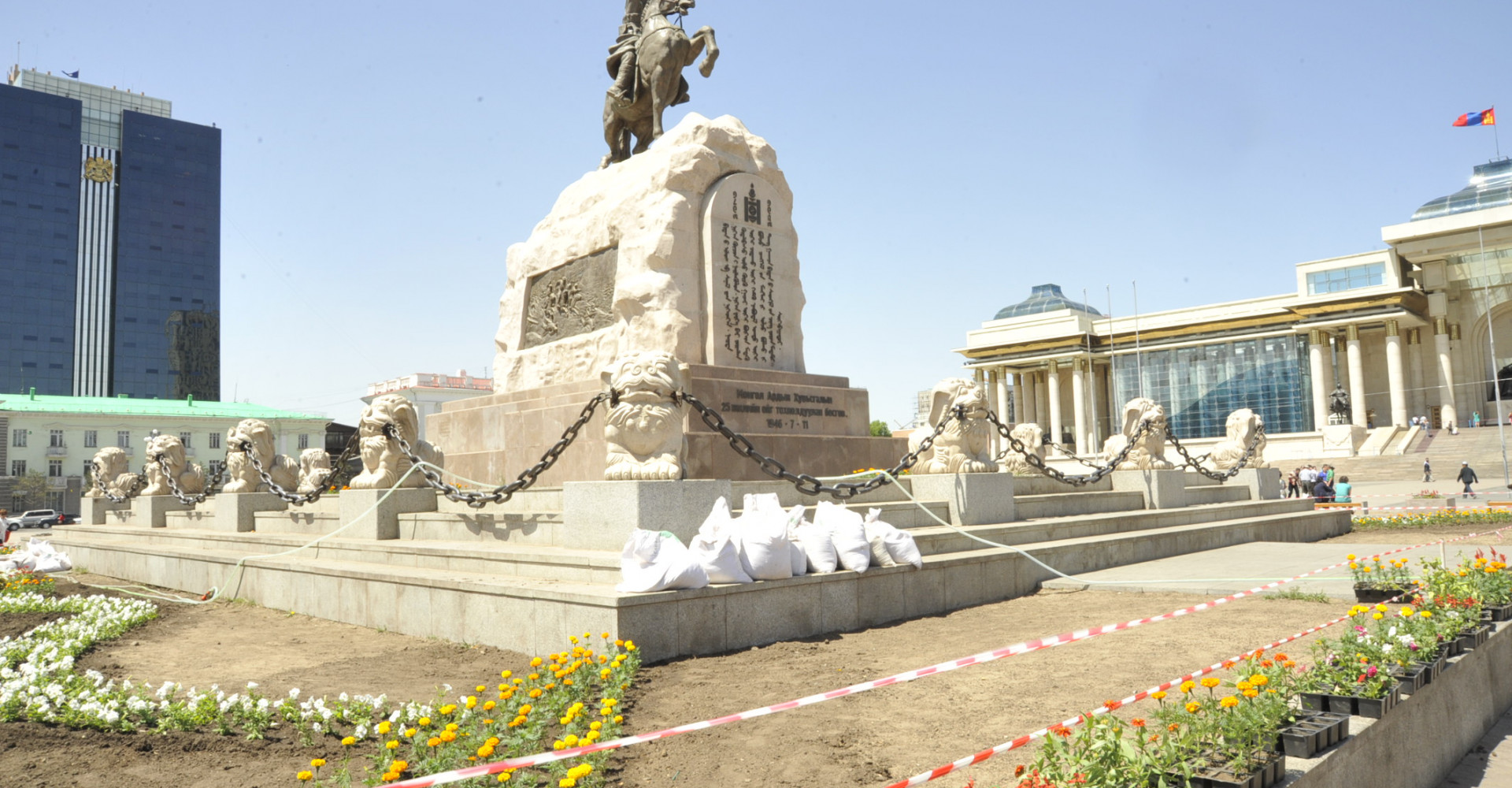 To commemorate the deeds of Damdiny Sukhbaatar (1893-1923), the foremost Mongolian statesman and military hero and one of the key leaders of the 1921 Peope's Revolution, the Central Committee of the Mongolian People's Revolutionary Party and Council of Ministers of Mongolia issued a joint resolution in 1946 to erect the memorial on the central quare of Ulaanbaatar. The momument was unveiled on July 8, 1946, on the eve of National Day. Designed by sculptor S.Choimbol and assisted by artists L.Namkhaitseren and D.Choidog and sculptors N.Jambaa, D.Damdimaa, A.Davaatseren, Danzan, Natsag and Lhamsuren, the statue is 12 meters tall, of which the pedestal in the form of a cliff is 8 meters tall and the equestrian statue itself is 4 meters tall. D.Sukhbaatar is depicted as slightly rising up in his saddle with his right arm stretched upwards, symbolizing his calling of the people to new victories. The front side of the cliff-like pedestal features D.Sukhbaatar's most famous quotation, "Our nation, once in unity joined, our strengths combined and in resolve forward stepped, shall see no destination unreachable, no things unknown or unattainable, and will reach the pinnacle of happiness, which is only up to our own resolute will" in Classical Mongolian. Two sides of the pedestal are decorated with bas-relief images depicting the victory of the revolution. Fourteen stone lions surrounding the monument are crafted according to Mongolian traditions and are interconnected with iron chain. 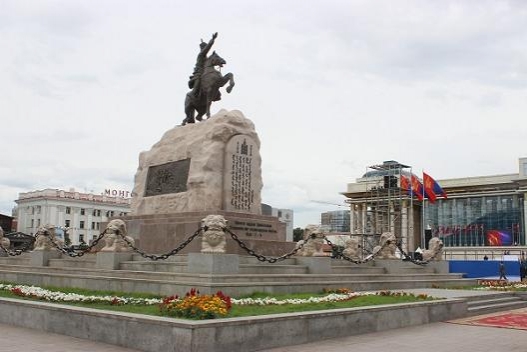