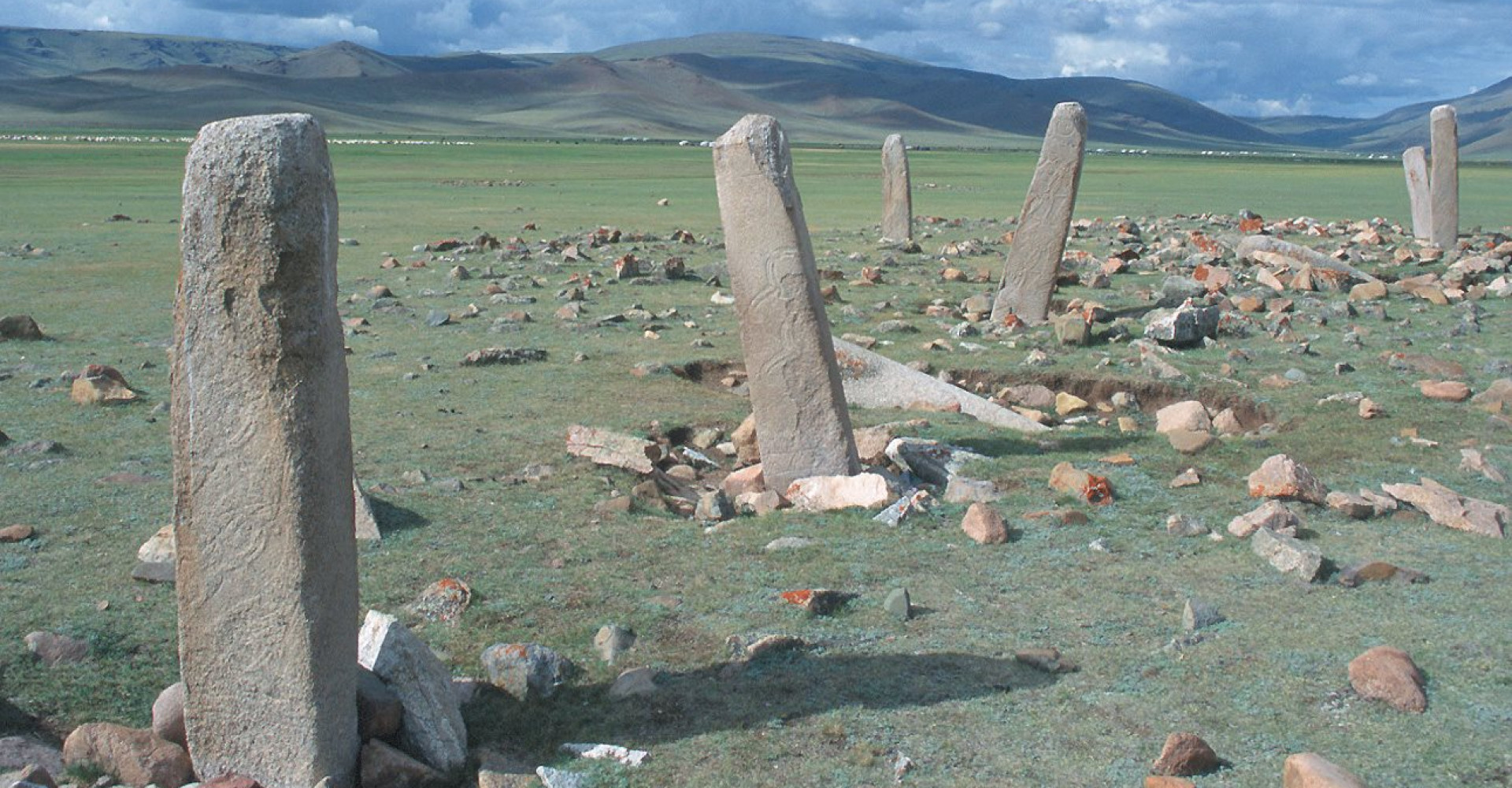 8 deer rocks stand in 2 rows in the northern ridge of Daagan Del mountain in Shiluustei sum of Zavkhan aimag. They can be spotted from a great distance when travelling on the road from Zavkhan to Bayankhongor. Explorers have named them the Daagan Del Deer Rock Statue.

2 of the 8 rocks have fallen to the ground. They are sculpted out of light pink colored granite stone. Deer images are elaborately drawn on them. In the lower half of the statue, images of bow and arrow, dagger, shield and axe are clearly visible.

Rocks are preserved in good condition and the images on them are clearly visible. Not far from Daagan Del Deer Rock Statue, another set of 8 pieces of rock statues exists. They are smaller in size and similarly sculpted out of light pink granite stones. However, images on them are not preserved well, almost invisible. This small area near Daagan Del is rich in deer rock mounds. Deer rock statues and mounds can also be found near the central area of Otgon sum, Zavkhan aimag. 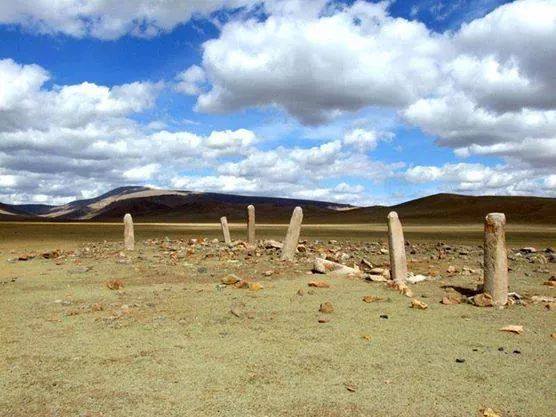 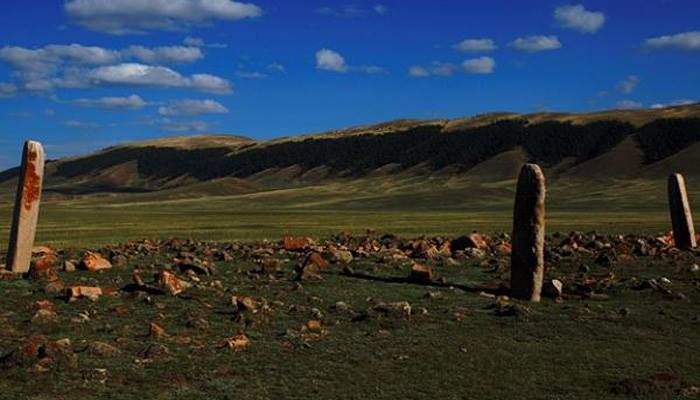