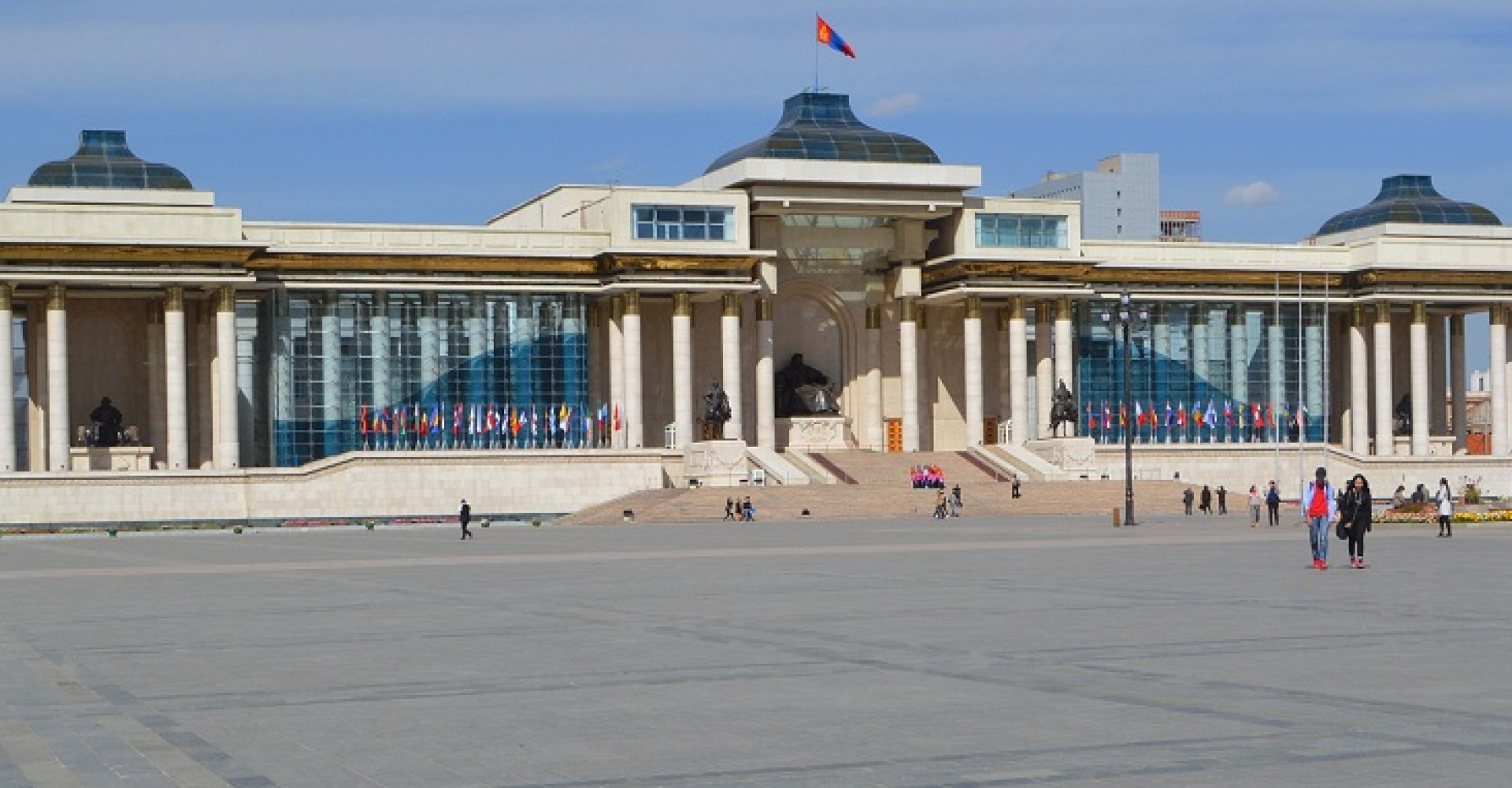 Designed by architect M.Tselmeg and sculptor Ya.Bold, Chinggis Khaan Memorial Complex was opened in 2006 for the 800th anniversary of the Mongolian Empire. The memorial is an extension of the House of Parliament. Main composition of the memorial is dedicated to the life and deeds of Chinggis Khaan (1162-1227). Chinggis Khaan’s bronze statue in the center features the Great Khaan sitting on the throne clad with tiger skin and silk. Central theme of this statue echoes the saying “There is no force above the Great Khaan but Eternal Heaven.” The statue of Chinggis Khaan’s third son and successor, Ogedey Khaan is situated on the west end of the Parliament façade, depicting a thoughtful yet resolute ruler, while the east end of the building features the statue of Khubilai Khaan, Chinggis Khaan’s grandson and founder of the Great Mongolian Yuan Dynasty, shown as a wise and intelligent sovereign. Together the three Great Khaans epitomize the dynastic succession of the House of Chinggis.

Central statue of Chinggis Khaan is elevated upon the ceremonial 45-step stairs, symbolizing the loftyness of the Sovereign and the age at which he unified the Mongolian nation. Twenty steps below the Great Khaan are the two equestrian statues – to the left - of Mukhulai, the Lord Commander of the Eastern realm and to the right – of Boorchu, the Lord Commander of the Western Realm. Together the two epitomize the glorious military commanders and trusted companions of Chinggis Khaan.

Colonnade galleries on both wings of the memorial complex feature a pair of state-of-the art glass decorations by artist N.Amgalanbayar, each 18.2 m long and 7.2 m tall, dedicated to the history of Mongolian statehood. The west side depicts the formation and evolution of Mongol tribes and states, while the east side shows the evolution of the Mongolian Empire.