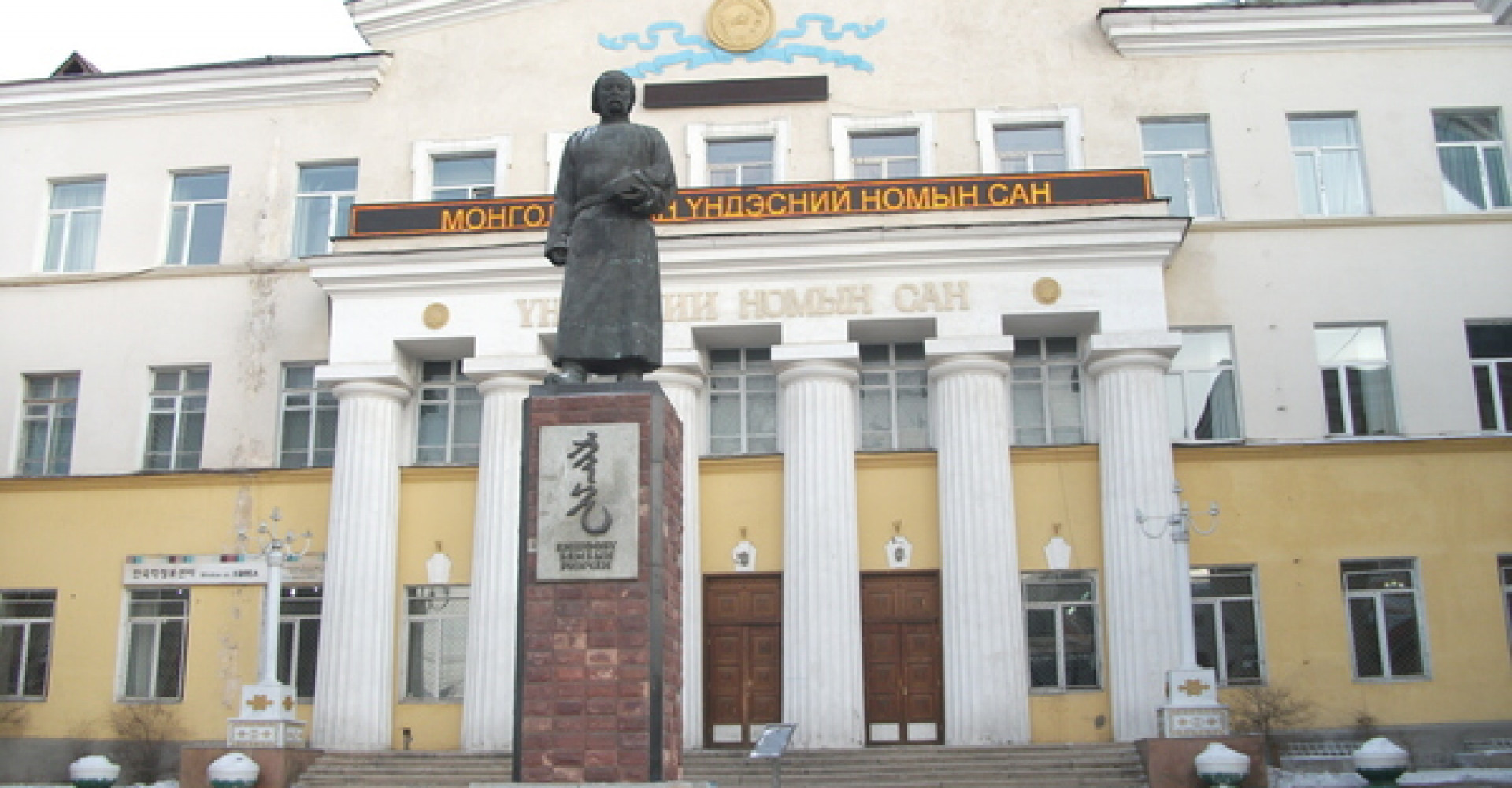 Honoring the centennial anniversary of Mongolia’s first holder of doctorate degree and the nation’s foremost scholar, Byambyn Rinchen (1905-1977), the statue was erected in front of the National Library in 2005. The architect, B.Denzen, is the grandson of Professor B.Rinchen. 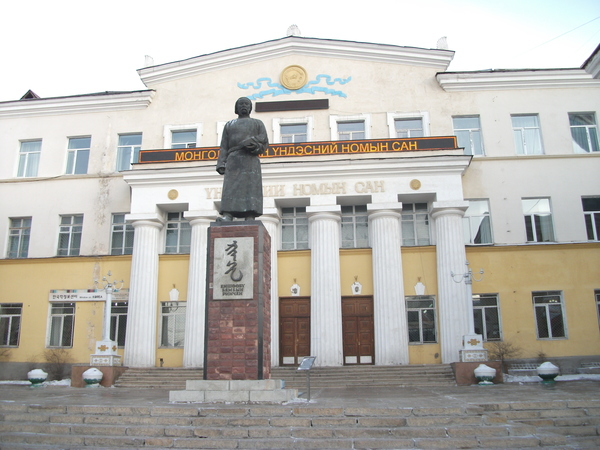