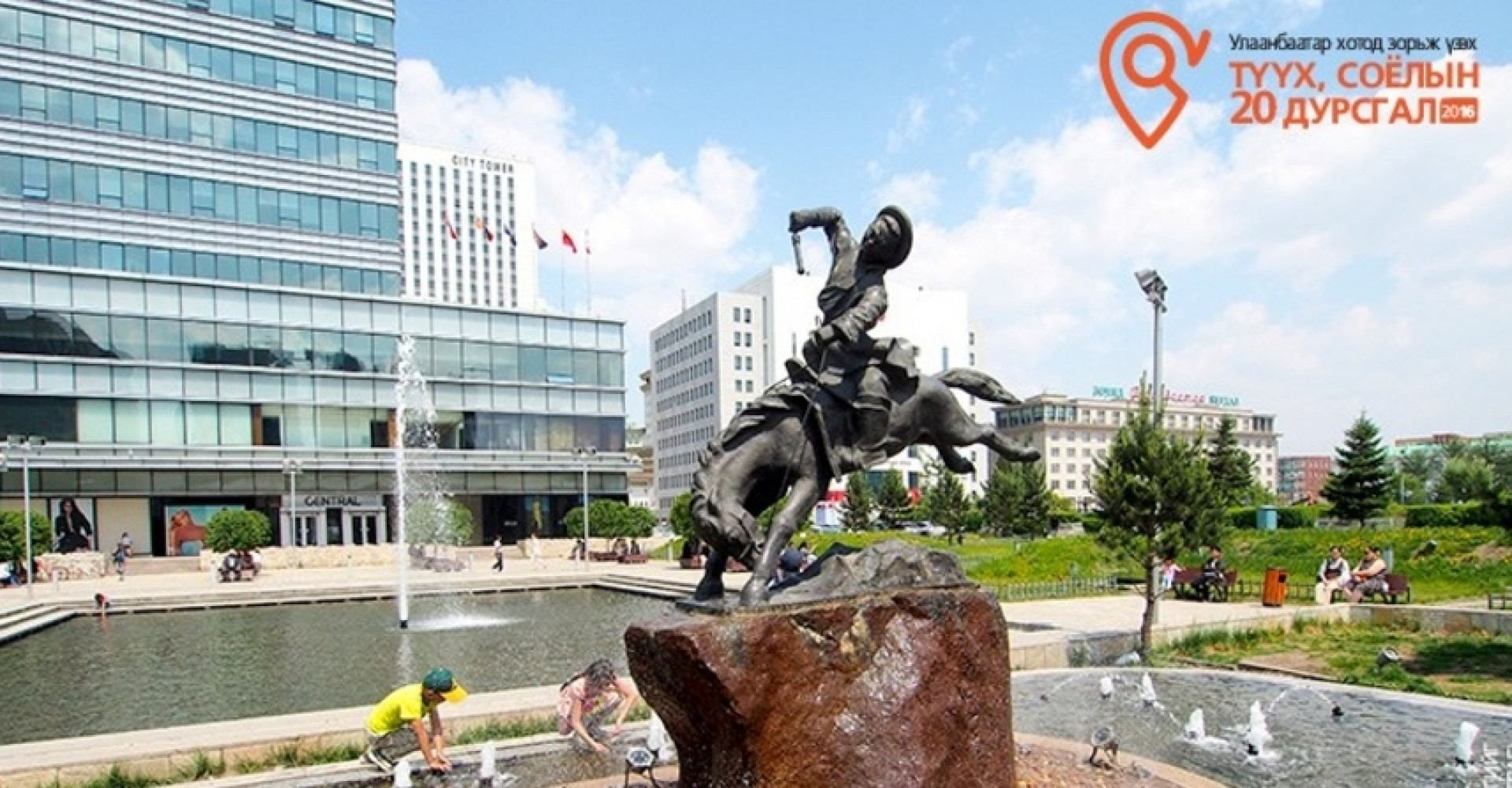 First designed by N.Jambaa in 1948, the stone-and-copper statue was crafted by sculptors’ section of the Mongolian Union of Creative Artists in 1958. Initially in frontyard of the Marshal Kh.Choibalsan’s Mansion, the statue was relocated several times until being permanently placed in the garden in front of the Central Tower. The sculpture shows the exact moment a rider finds his balance on bucking horse, making it genuinely Mongolian statue in spirit.