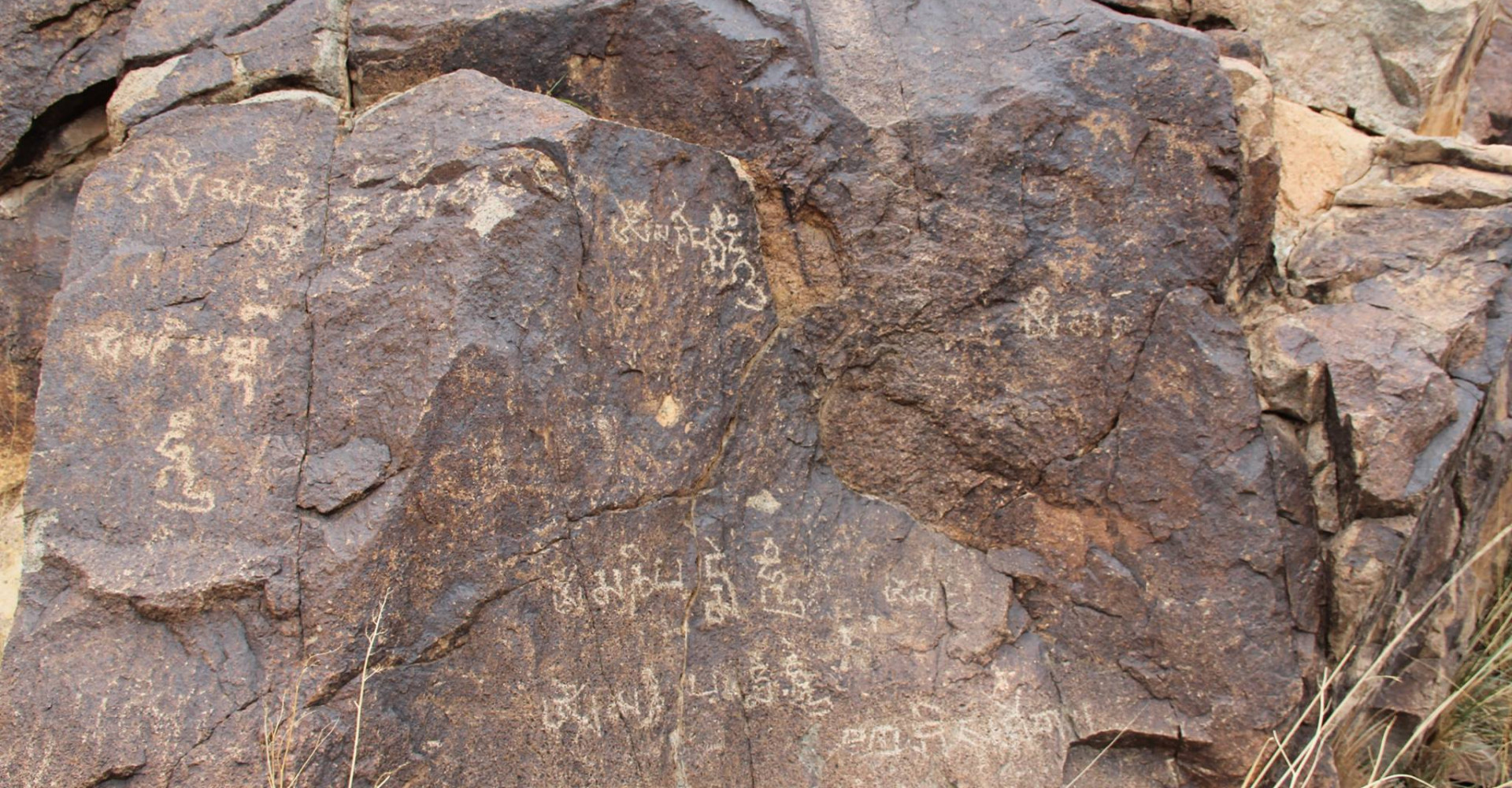 There are 4 pieces of runes in Ancient Turkic language on the south-west and west rocks of a lone mound called Khar Azargiin Bichigt Khad which locates 10 km from Biger soum. This is called Turkic Runes in Biger. Among the southside runes, there is an engraved seal and image in ibex. In 1969, Mongolian and Soviet joint research team first discovered the runes. The runes were originally translated by scientists, Shinekhuu.M and Bold. L. Shinekhuu. M read and interpreted the first line of the runes – “Учирлар йолы артурд”, the second line – “Бала ил е диктез”, the third line – “Көлүг ни йорты”, the fourth line – “Ìөн битип” as follows: The encounters disappeared on the way, servant subject did not care, ship travelled, I wrote. And he explained the meaning matchmaking onto one-rooted Mongol, Kazakh, Manchu languages. For instance, the word “Учирлар” in the first line means “учирагсад” (encounters), by Mongolian, “очарлар” by Kazakh, “учара” by Manchu. Certain scholars noted that there were slight discrepancy between the word selection and interpretation and proposed that йолы in the first line is deemed as 3rd person’s possessive pronoun of “йол”, the meaning of “encounters disappeared or the path to encounters is away” was criticized, and “күлүг” in the third line is deemed as honorable with the suffix -лик , it matches honorable /hero/ meaning.\