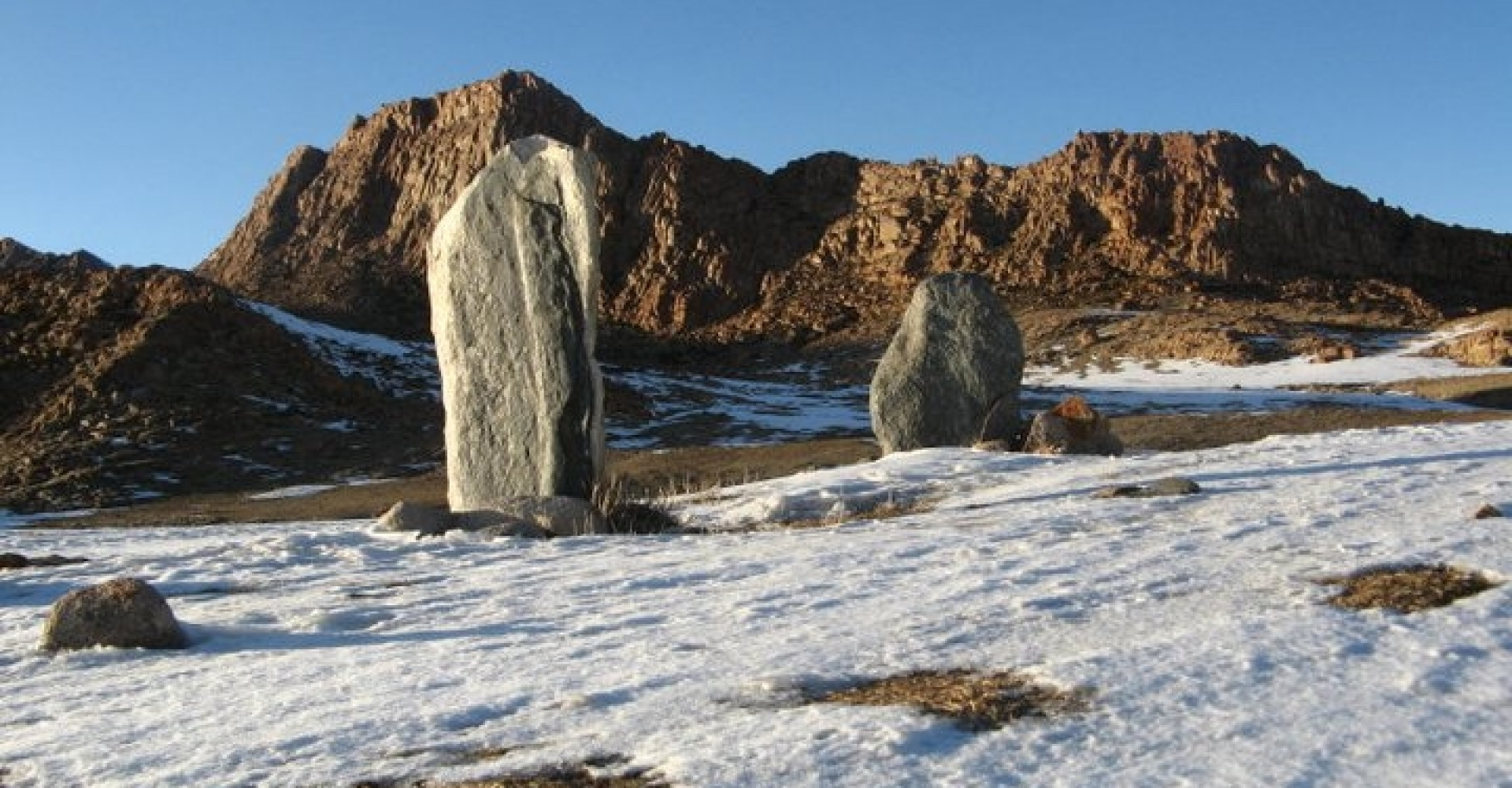 There are rectangular tomb complex with three statues in a place called Devrekhiin Ekh which locates 50 km in north from Erdene soum. Two statues are located in one place and the last one is placed 300 meters away and both statues are seen in the distant. Two adjacent statues take 6 m2 space including the rectangular tomb and the height of the statue is more than 3 m: width and thickness are both alike 0.25 cm. On one of the two statues’ front, at a place 0.40 cm above the ground, there is standing latin S letter and on the other statue’s front, there is an inverted same letter. On the third statue, there is no letter except only the symbol. This probably can be one of any clan or tribal symbol existed at that time. It is rare to see standing tall statue like being on the fourth tomb but there is one such statue in a place called Ulaan Tolgoi. 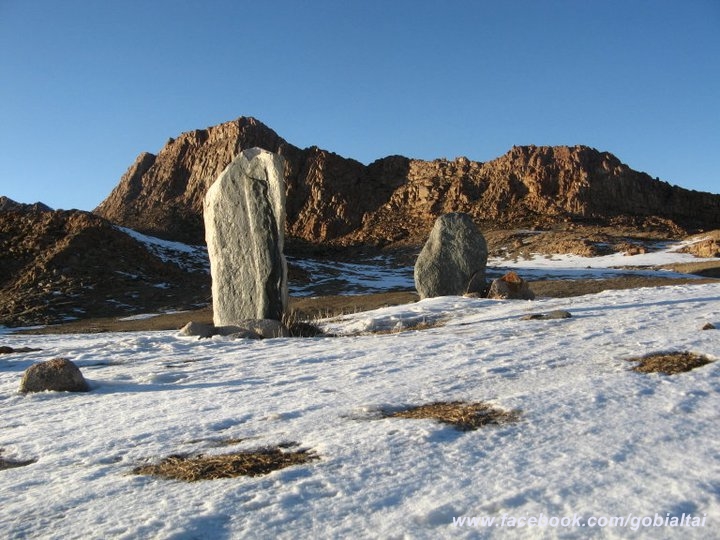