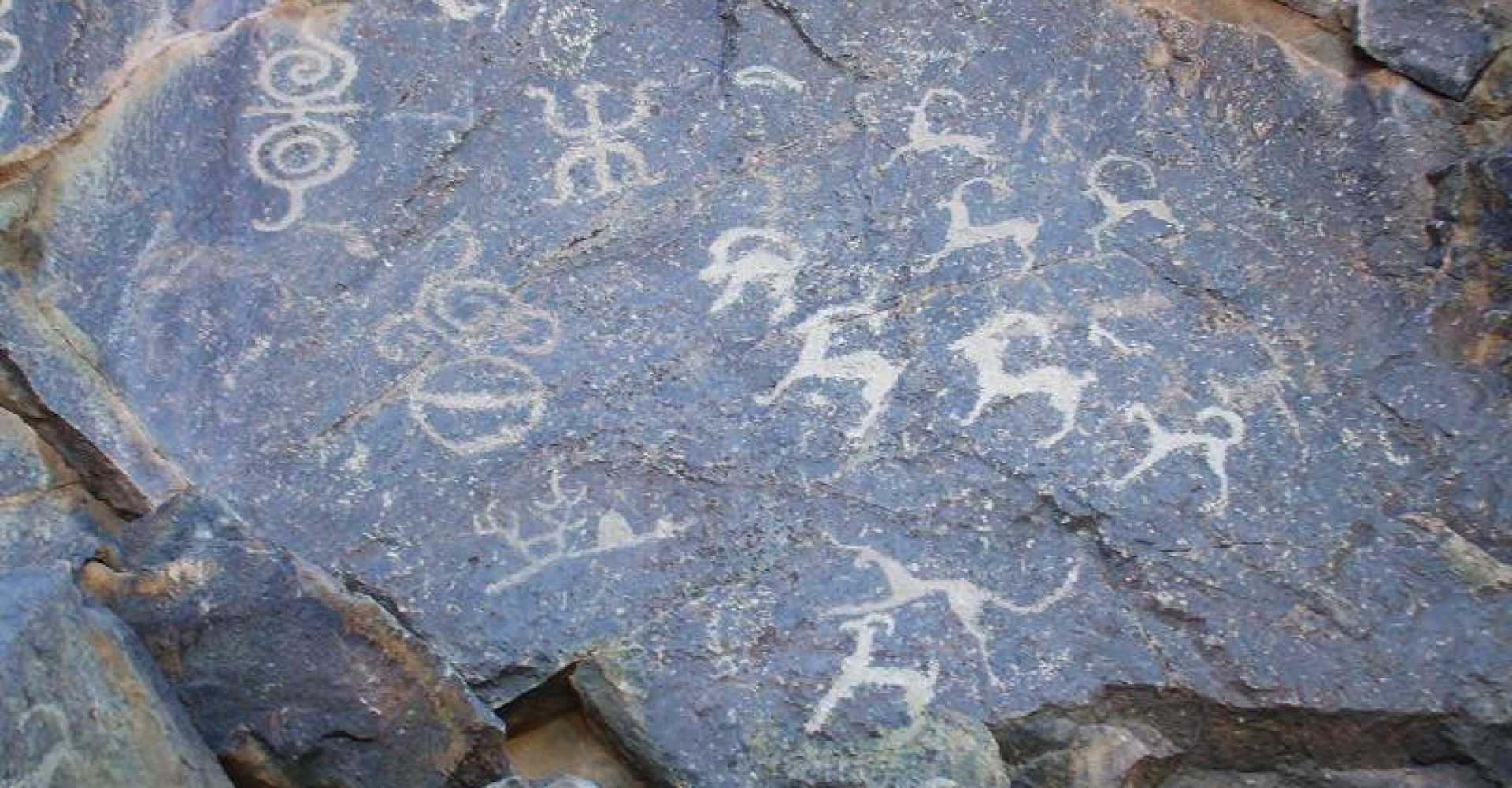 The south-east foothill of small rocky mound named Shaahar is very rich in rock drawings like animals, wildsheep, ibex, stag, elk, ancient hunters and tribal and clan seals and symbols and scratches. The mound locates in the territory of Chandmani soum. Here also lies ancient Turkic script souviners. Any and all depictions demonstrate many hunting warriors who wear same hats hanging back. It distinctively depicts a wolf and leopard are chasing after an animal with raised tail. The rock drawings and scripts at Shaahar mound involve many ages and generations which has to be studied further. 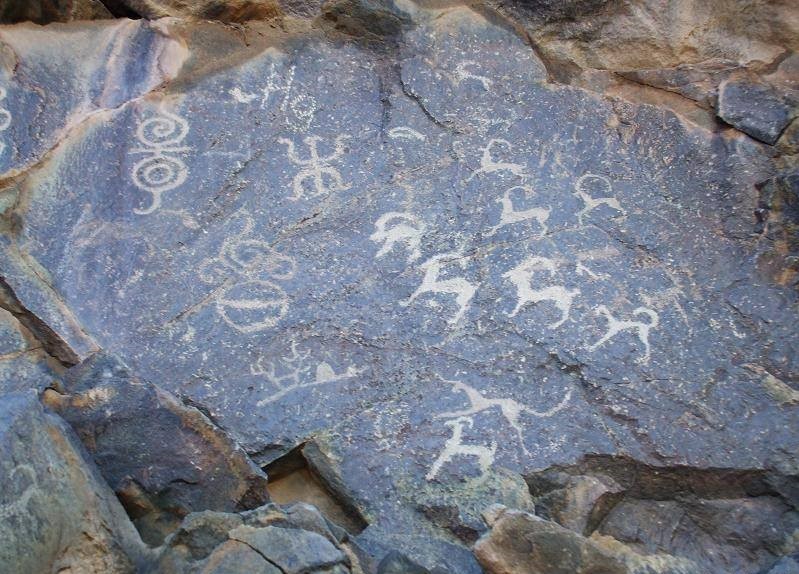