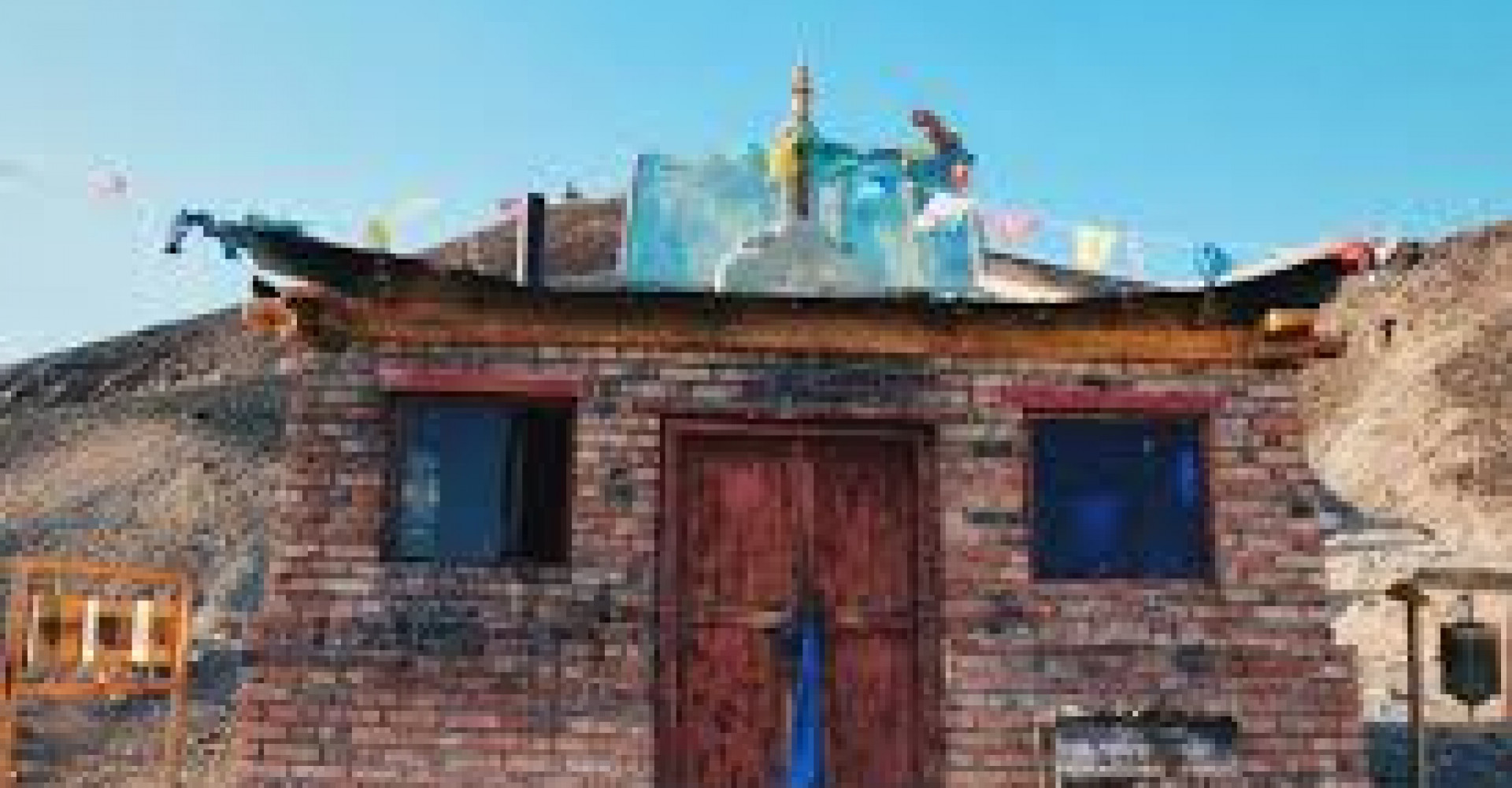 In Bus Chuluu /near to the Olon Us/ the territory of Ikh Khet soum, Dornogobi province, there is a remaining of many houses /about 50/ on an ancient city without any surrounding walls. There is a main building at the center of this ruined city and it is surrounded from its three sides. Some buildings are quite similar to the “Heseg baishin”, but it only distinguished from it with no wall surroundings. According to the researchers note: basement of building was granite and laid brick wall on it. The bricklaying technique was combination of horizontal and vertical both, similar to the “Heseg baishin”. There are many breaks of clay roof with green coverings. The researchers determined that square rocks with hole or diggings in the middle as the base of columns. Also some basins made of rocks were found. There are stupa or mount shaped constructions but no traces of monument with scripts on it. Local people believe that these two places, Olon baishin and Heseg baisin was established by Togoon Tumur Khaan and about 300 years ago, they were the residence of Sain Khun Taij, a nobleman of 19 century, according to Russian adventurer Timkovsky in 1821-1822. Also in 1847, Pallady Kafarov, an orientalist, heard a myth that a prince, a son-in-law of China /Manchu/, had lived in here. Therefore, both, “Heseg baishin” and ”Olon baishin”, were established and built at the same time and Sain Hun taij was Degelei, the Erdene Hun Taij of uzemchin tribe, mentioned in the script on the monument at Heseg baishin. He resided around this area and in the second half of XVII century; he deserted this area because of Manchu’s pressure. Nevertheless, these two historical places were closely related to Togoontumur Khaan of XIV century, according to local people and some other explanations say that it was established by Togoontumur /the last Khaan of Yuan Dynasty/ on his way back to home and they were re-built by next generations.