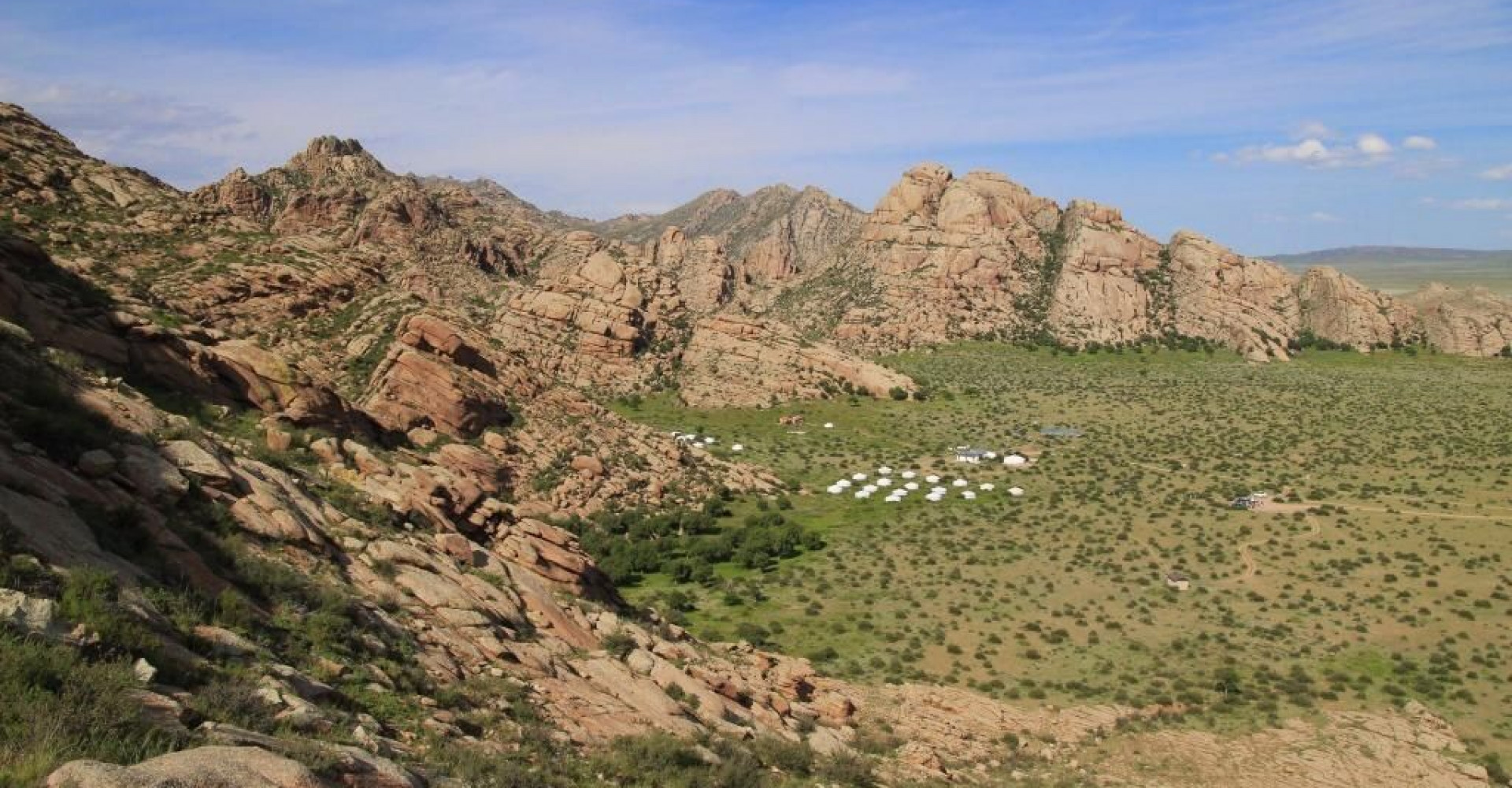 Khogno Khan Natural Reserve covers 46,990 hectares of land and is located in Rashaant county of Bulgan province. The taiga and steppe plants grow in this area and represent two or three different natural zones. This area was taken under state protection in 1997.

Khogno Khan, a splendid mountain is situated in the border area of Uvurkhangai, Tuv and Bulgan province. This is a magnificent place with mountains, forests, steppes, Gobi-type desert and mineral water sources all in one location. There are many wild animals such as wolves, deers, foxes and snow leopards inhabited here. In Khogno Khan Natural Reserve, there is an extraordinary sand dunes called Elsen Tasarhai. "Elsen tasarhai" is a part of the Great Mongolian Sand dunes and extends about 80 km. The scenery is a perfect combination of desert, picturesque mountains, river and green grassland.

One of the main attractions of this area is Uvgun monastery which was built in 17th century by Saint Zanabazar who was a great sculptor and the biggest representative of Buddhism in Mongolia. During Middle Age feuds between Western and Eastern Mongolians (Dzungaria and Khalkh Mongolia) after the collapse of the Mongol Empire. The armies of Dzungarian leader Galdan Boshigt noticed the golden roofs of the temples in Khogno Khan Mountain and massacred the partisan-monks of the rival Zanabazar in 1640, killing them by tying their necks with a rope (the Mongolian verb for the action is khognokh) as if they were goats and sheep. This is the meaning of name of the mountain. After democratic revolution in 1990 the monastery was restored by the granddaughter of the monks who was living at the monastery. This area is pleasant for many activities such as hiking, mountain climbing and horse riding.