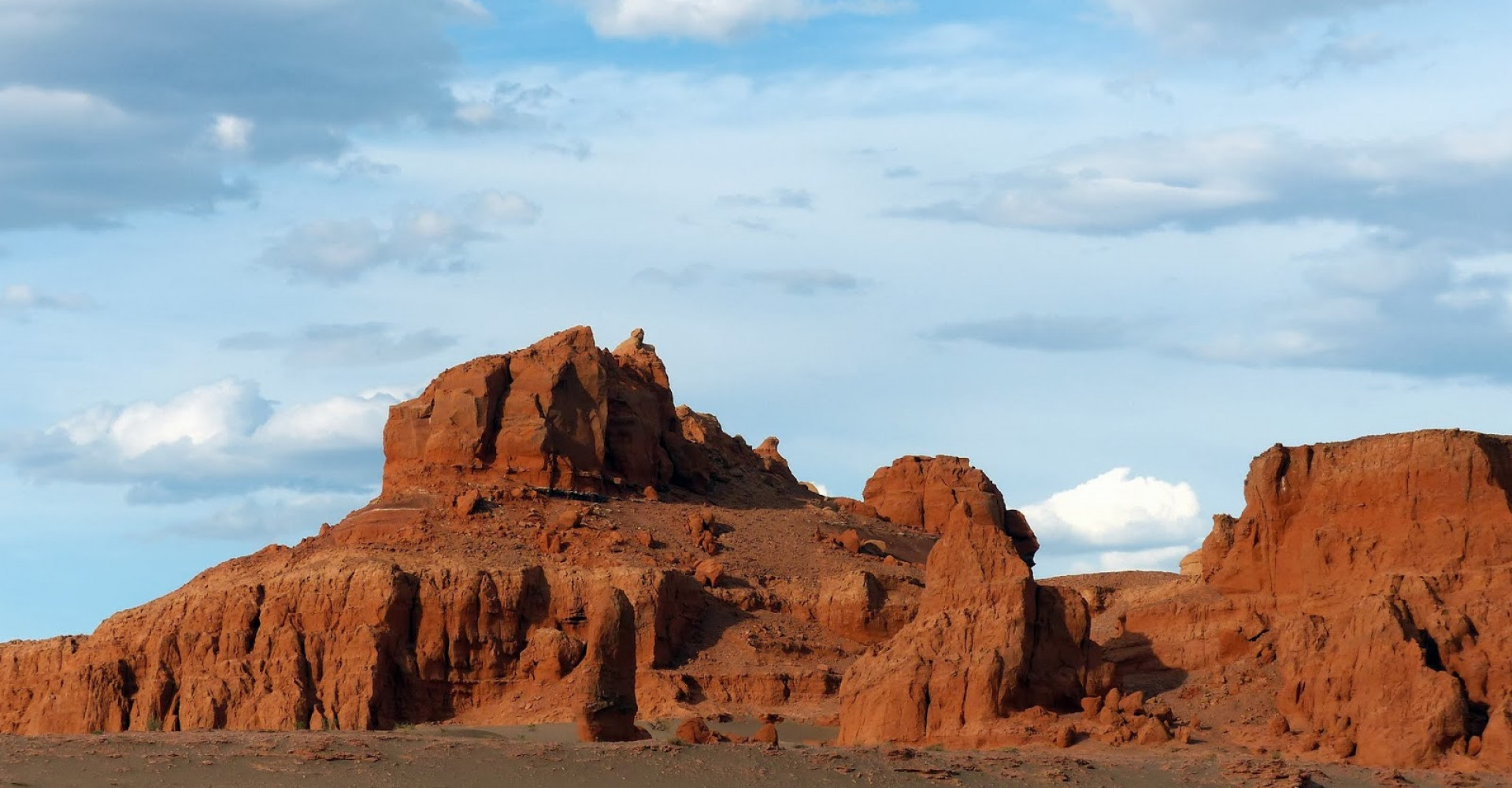 Khermen Tsav is a canyon with beautiful oasis, 6 km in width and 15 km in length located in a distance of 400 km from Dalanzadgad city. The canyon is full of 30 meters high natural formations of cliffs, and looks like remains of ancient cities and temples, iceberg drifting on a sea, huge dinosaurs, turtles and crocodiles. As scientists defined it was an inland sea bottom some 200 million years ago.

The first steppes on this land give an impression that you have entered to the age of ancient world. American scholar Roy Chapman Andrews named this place as "The End of the World." Hermen Tsav is known not only by its beauty of natural formation but also by its trove of dinosaur fossils. The first full skeleton of a dinosaur was found in this place. Even nowadays, there are treasure chest fossilized dinosaur bones and eggs lying on the surface of sandy land. The beauty of the cliffs is added with small grove of Gobi saxaul trees. 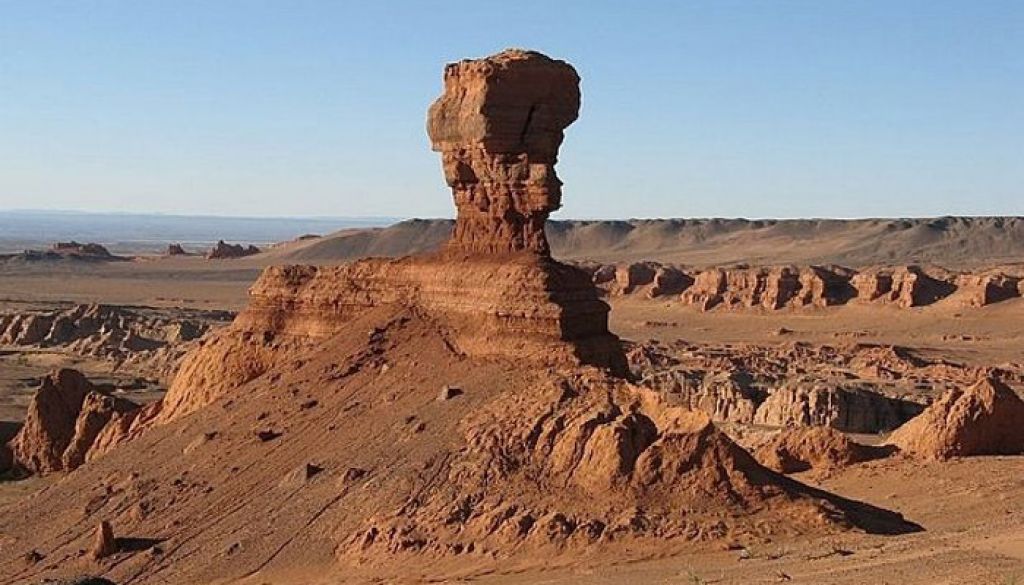