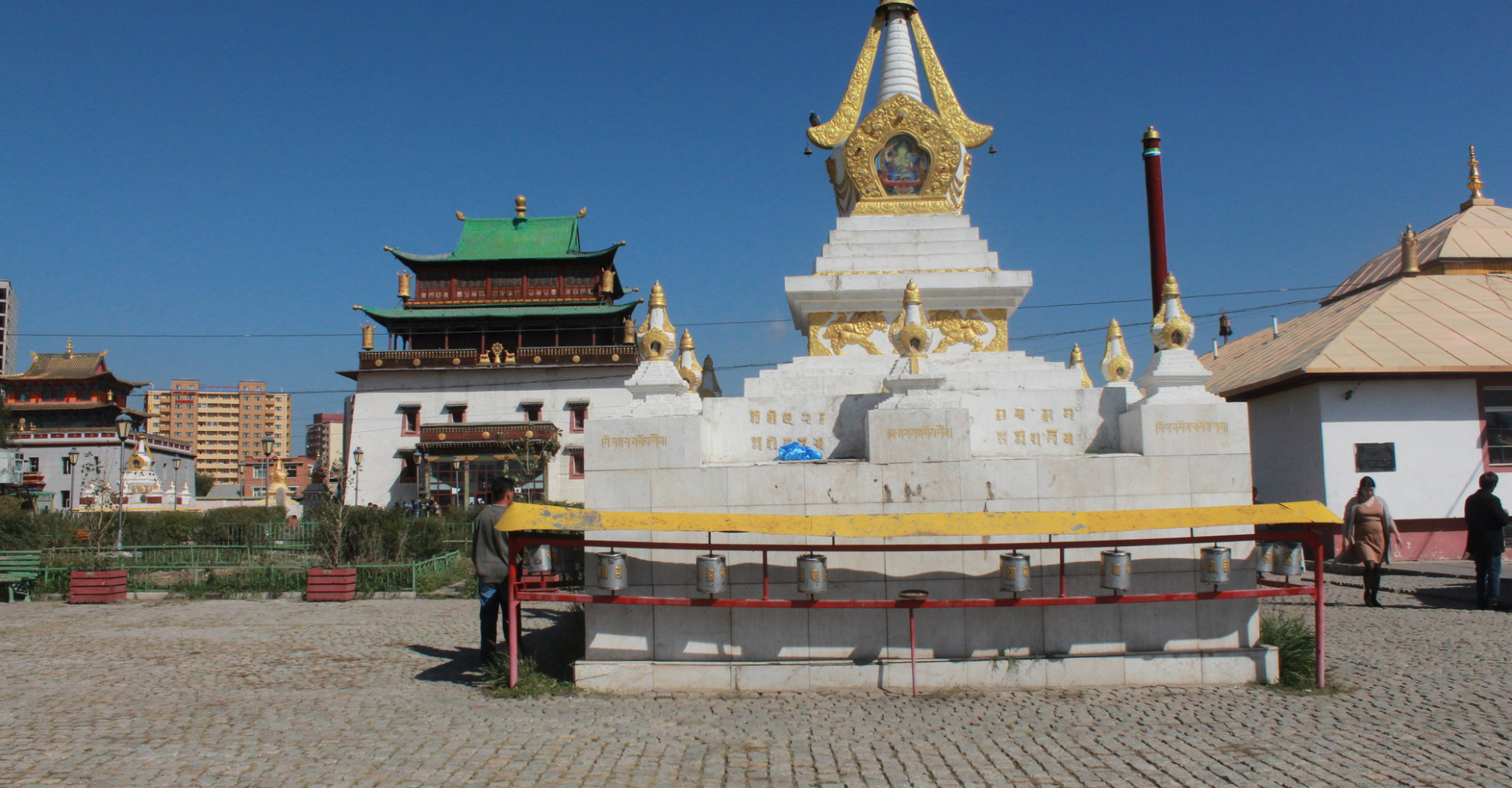 Built in 1840, it is the center of Mongolian Buddhism and the only working monastery during the entire communist period. The monastery comprises a complex of buildings on the hillside northwest of the city. In the past it was one of the main Buddhist centers in Asia having two dozens of chapels and famous for its library collection of religious documents and the typography. The monastery was severely damaged during the repression of 30s and only few building remained among them, a chapel for 20 meters high statue of Megzhid Janraisig god erected in 1911 as a symbol commemorating the Mongolia's independence. During the WW II the statue was taken to Russia and disappeared. In 1990 the statue was rebuilt with nation- wide donations. Now the immense statue of Janraisag (23m high) stands in the multi-storey temple and it is recognised from a distance. As a teaching monastery, Gandan houses the Mongolian Buddhist University. 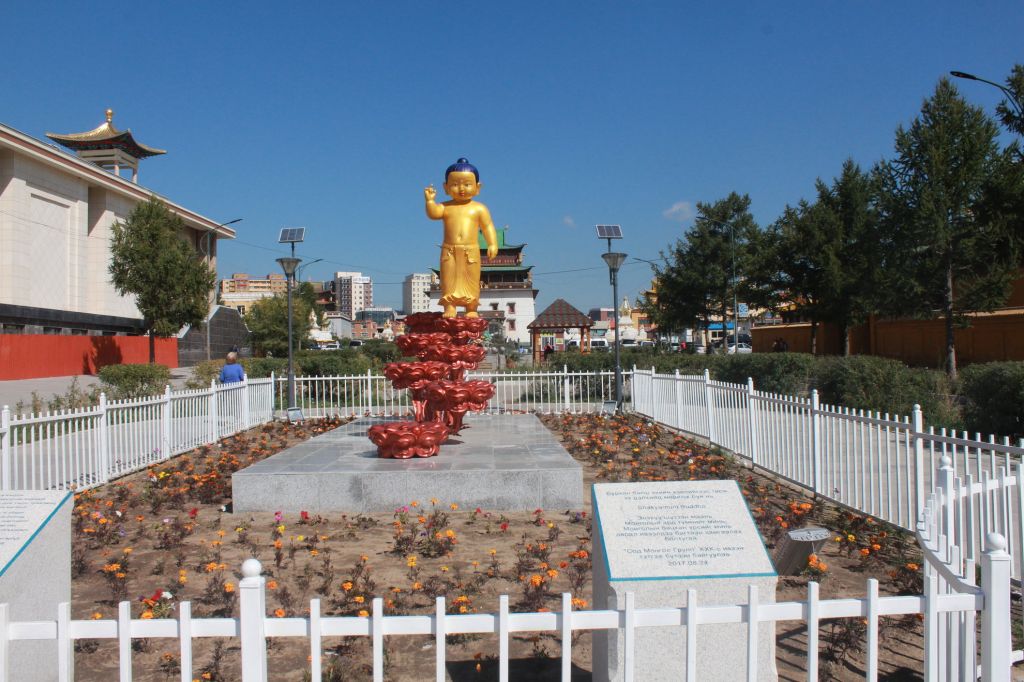 In 1639, Undur Gegeen Zanabazar [Jetsun Tampa 1635-1723], was enthroned as the spiritual head of Mongolian Buddhism at the Lake Shireet Tsagaan and his residential area was marked with “Shar busiin teg” or special yellow line as a significant mark, which later became the foundation of Ikh Khuree or the current capital, Ulaanbaatar. In 1656, Undur Gegeen Zanabazar initially established Ikh Khuree in the region of Khentii mountains. Tsogchen was a superior administrative unit to all other monasteries and temples. 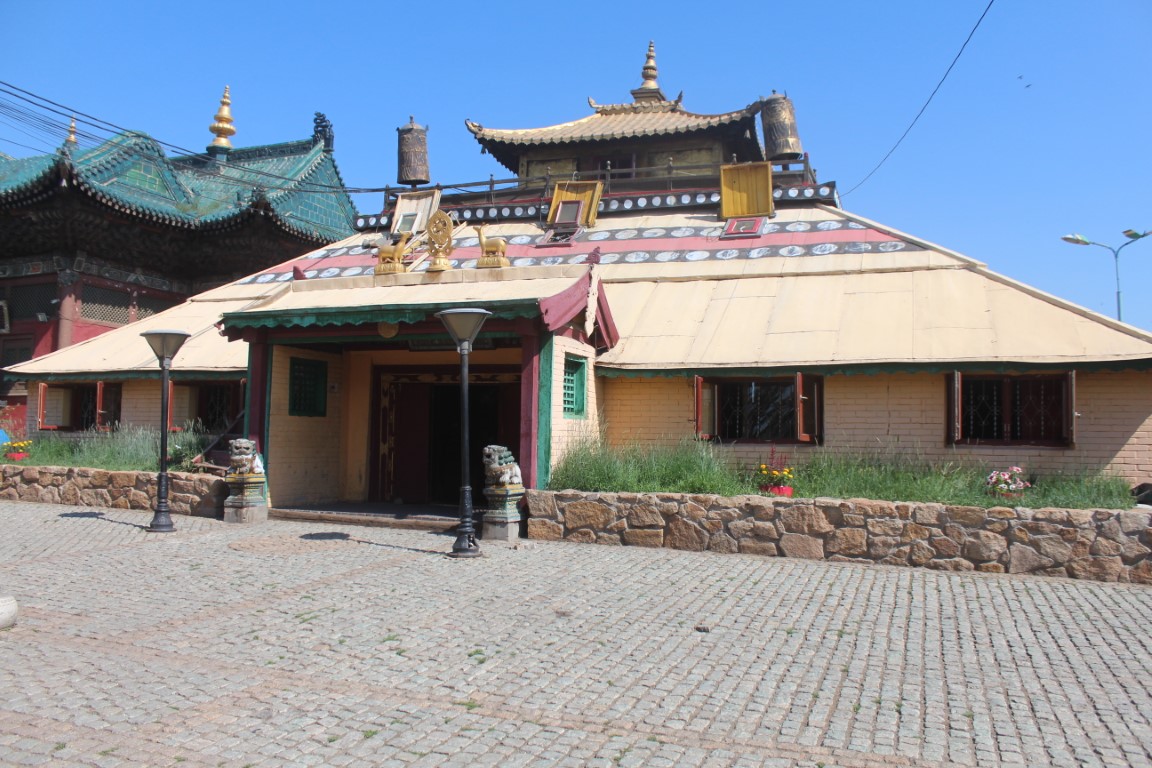 The Gandan Library was founded in 1956 in the relic temple of the Eighth Bogd Jevzundamba. Today it houses the largest resource of Buddhist sutras and shastras at the national level. The library has preserved the most of famous works by Mongolian Buddhist scholars and saints, and other renowned works by Indian and Tibetan masters. Many of these preserved works were written in the Lancha, Soyombo, Tibetan and several other old Mongolian scripts and so forth. The Gandan Library has been implementing an important project called “The Digital Preservation and Dissemination” at the technical and financial assistance from ‘UNESCO Office - Beijing since 2007. 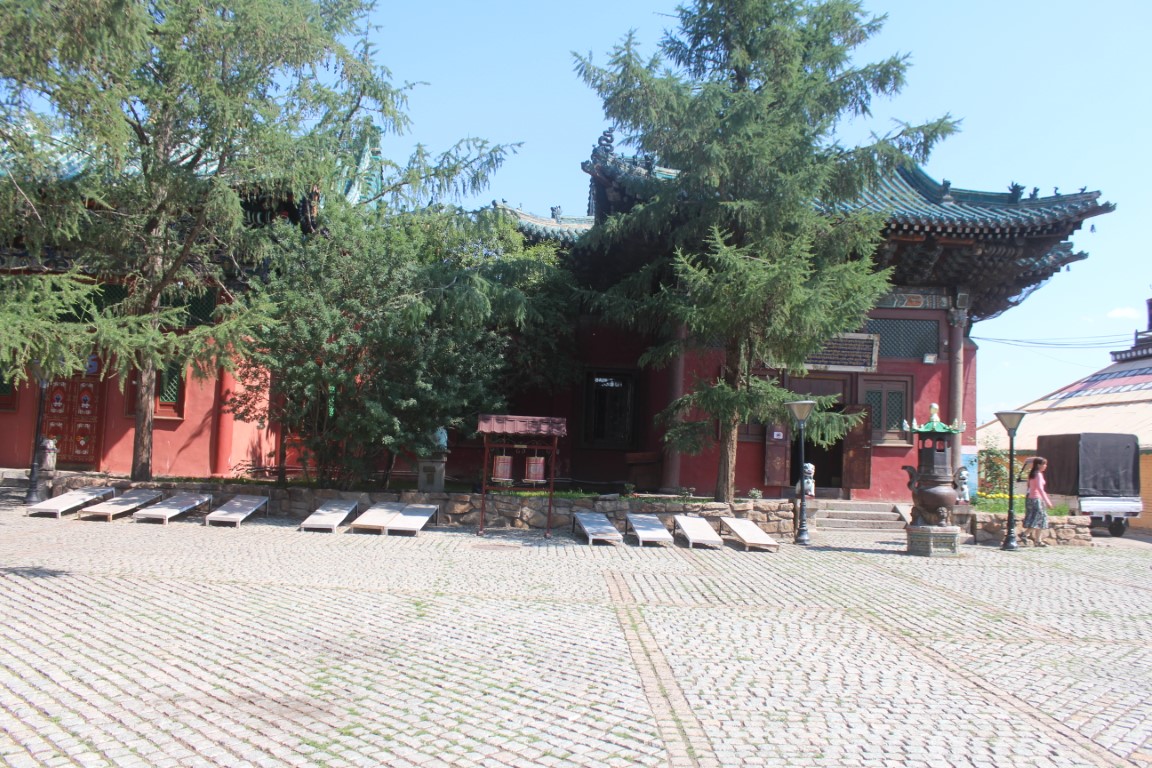 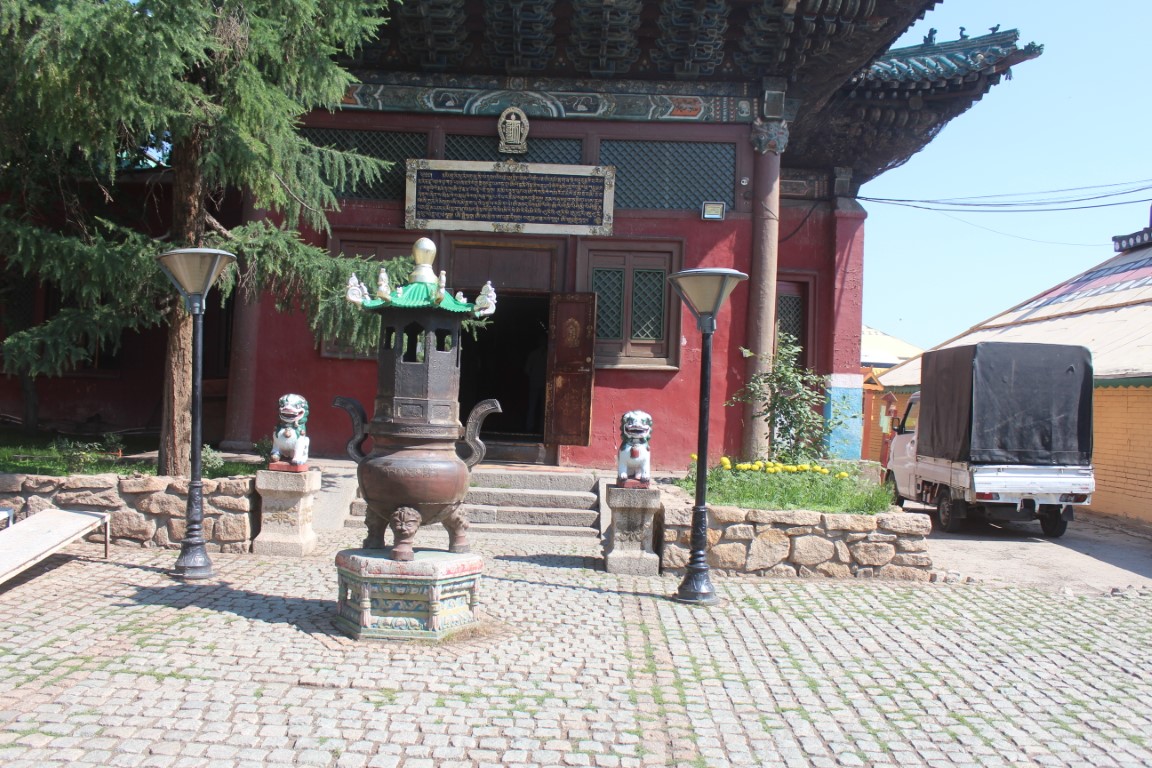 Dashchoinphel College was originally founded by the Second Bogd Jevzundamba and his tutor Donkhor tsorj, known as Manzushri Khutagt, in Dolnuur, the Inner Mongolia in the year of 1736. It is a traditional college of Buddhist philosophy. In 1756, the college moved to Ikh Khuree of Mongolia. It is the main center for studying of the collected works of Kunkhyen Jamyang Shepa. the collected teachings of the Buddha Sakyamuni and other great Indian, Tibetan and Mongolian masters. In 1937, the college was closed down and in 1991. 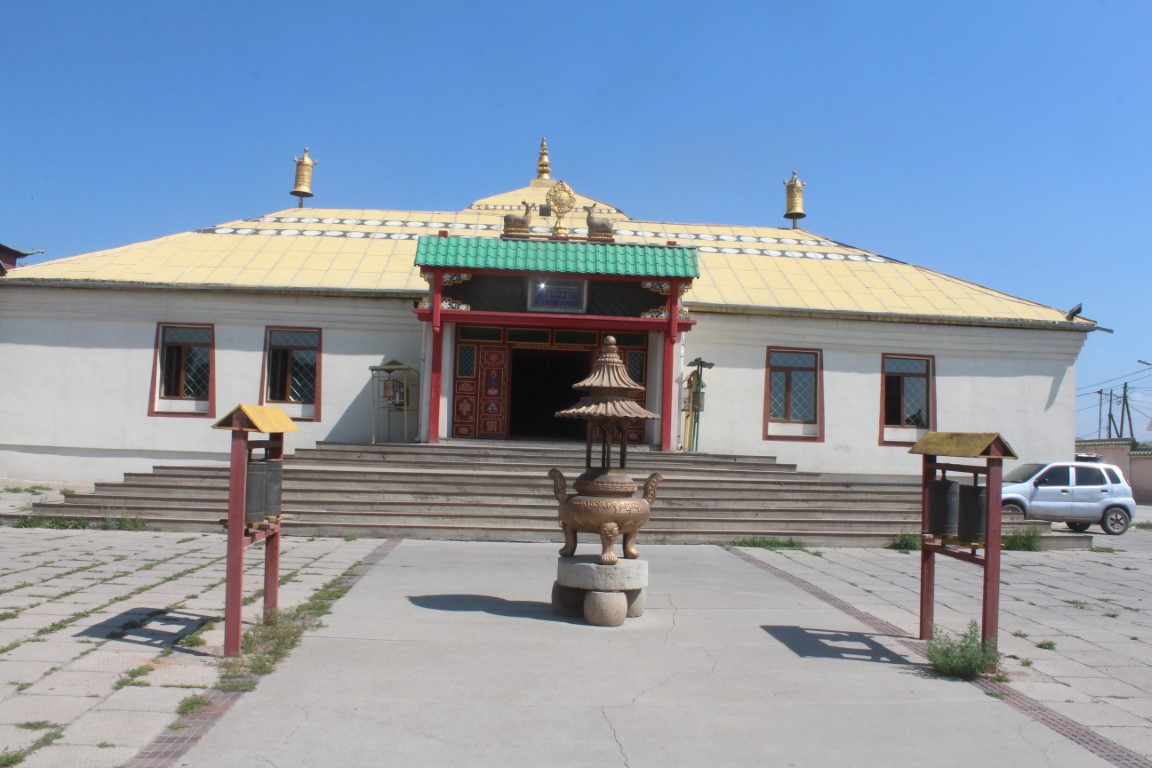 Gungaachoiling College is the main center for studying the works of Panchen Sonam Drakpa, the collected teachings of the Buddha Shakyamuni and other great Indian, Tibetan and Mongolian masters. The college was founded by the fourth Bogd Jevzundamba in 1809. During its earliest period, it was called Western Khuree. Later, the fifth Bogd Jevzundamba changed that name to its current name. In 1908, the Eight Bogd Jevzundamba, together with Luvsanchoizing tsorj, defended his gabju degree in Jjpis.college. GunaaachoUiaflAlleqe produced many great masters who made a great contribution to the Mongolian Buddhism. In 1937,the college was closed and reopened in 1992. 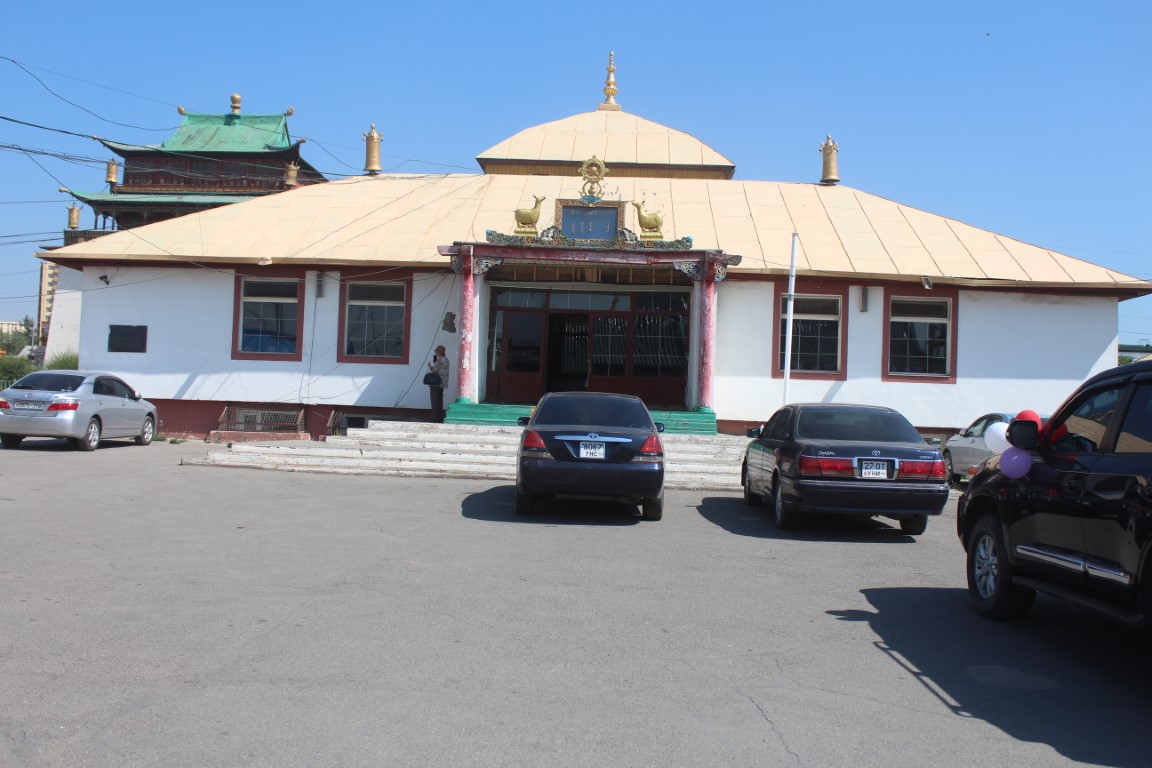 Yidgaachoizinling College was founded in 1910 by the Eight Bogd Jevzundamba on the sacred site blessed by the Fifth Bogd Jevzundamba for the sake of spreading the Buddha-Dharma. It is the main center for studying the works of Jetsung Choekyi Gyaltsen, the collected teachings of the Buddha Sakyamuni and other great Indian, Tibetan and Mongolian masters. This college held an assembly of 10,000 fully ordained monks [gelongs] three times in the years of 1912,1913, and 1914. During its earliest time, Yidgaachoizinling College housed 1,000 monks including selected geshes from both Dashchoipel and Gungaachoiling colleges. In 1920, Yidgaachoinzinling granted its first geshe degrees to its graduates. It was shutdown in 1937 and reopened in 1991. 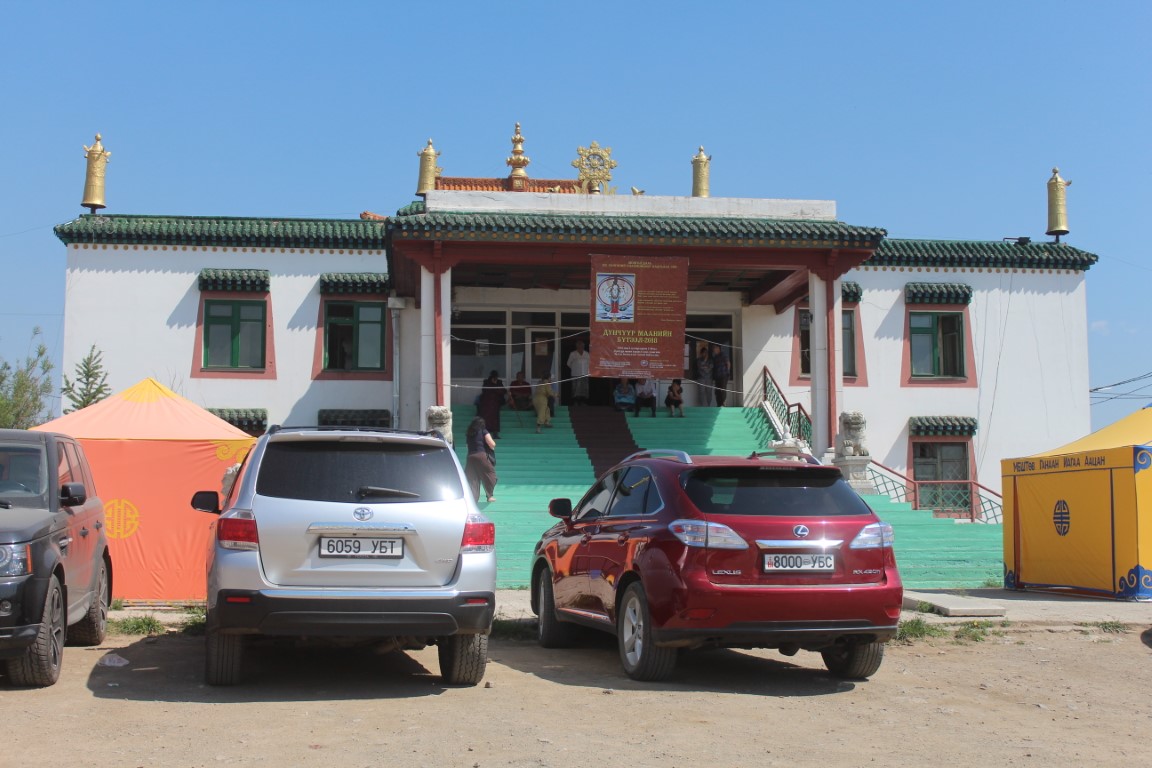 After receiving the Kalachakra initiation from Lkhokh Jalsrai in Baruun Zuu in 1800, the Fourth Bogd Jevzundamba established Duinkhor College in 1801. The college functioned until the communist purge. Since 1961, Gandan Tegchenling Monastery has been performing its Kalachakra rituals on a yearly basis. In 1990, in Vanarasi, His Holiness the XIV Dalai Lama, during his teachings, announced Mongolia as the next site for His Kalachakra Initiation. For this reason, a new Duinkhor temple was constructed at Gandan Tegchenling Monastery. In 1994, the temple began performing the Kalachakra rituals. A year later, His Holiness, the XIV Dalai Lama gave His Kalachakra Initiation in this temple. 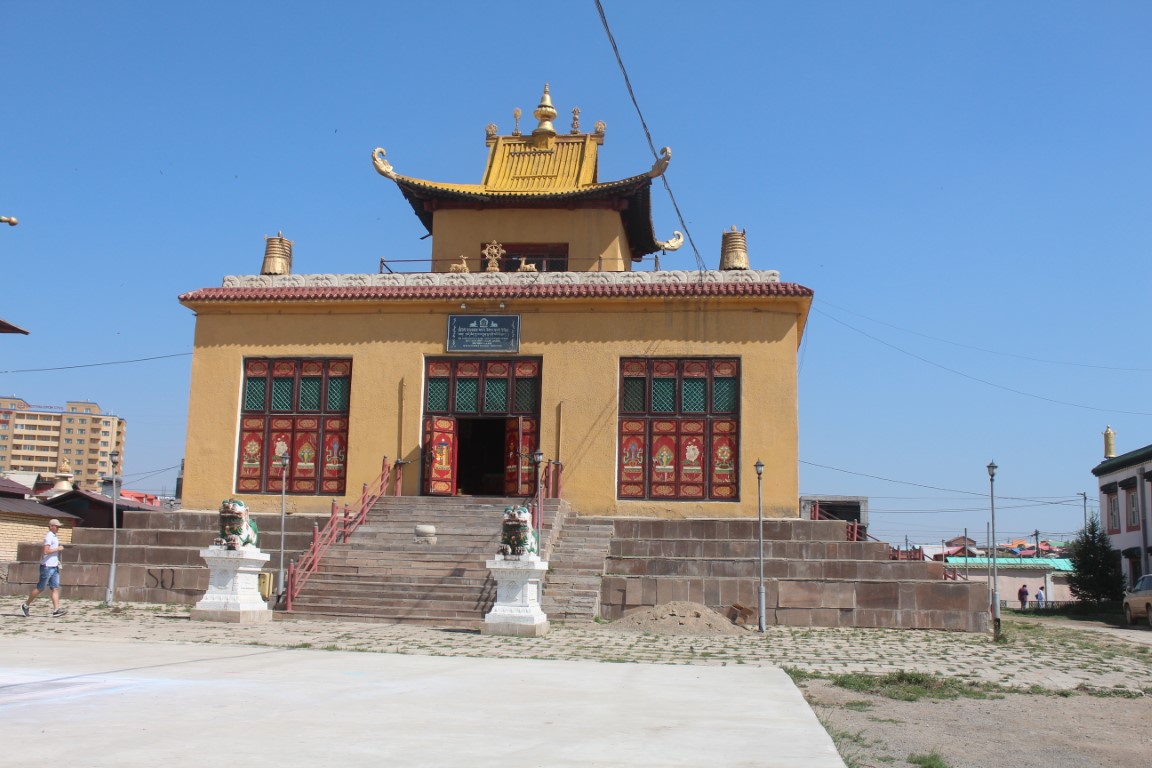 The building of this college is related to the construction of the former Migjid Janraisig approximately 26.5 meters in height, erected by the decree of the Eight Bogd Jevzundamba, the last king of Mongolia, in 1912 as the symbol of the national freedom, unification and independence. Janraisig College functioned until 1939. Unfortunately, the wind of the communist purge brought down the original statue which was later taken to the Soviet Russia. In 1989, the Migjid Janraisig program was announced by the Mongolian Cultural Fund. In 1991, the resolution of the President of Mongolia was carried out to re-erect the statue of Migjid Janraisig and the initial work of construction started in the same year and its inaugural ceremony took place in 1996. 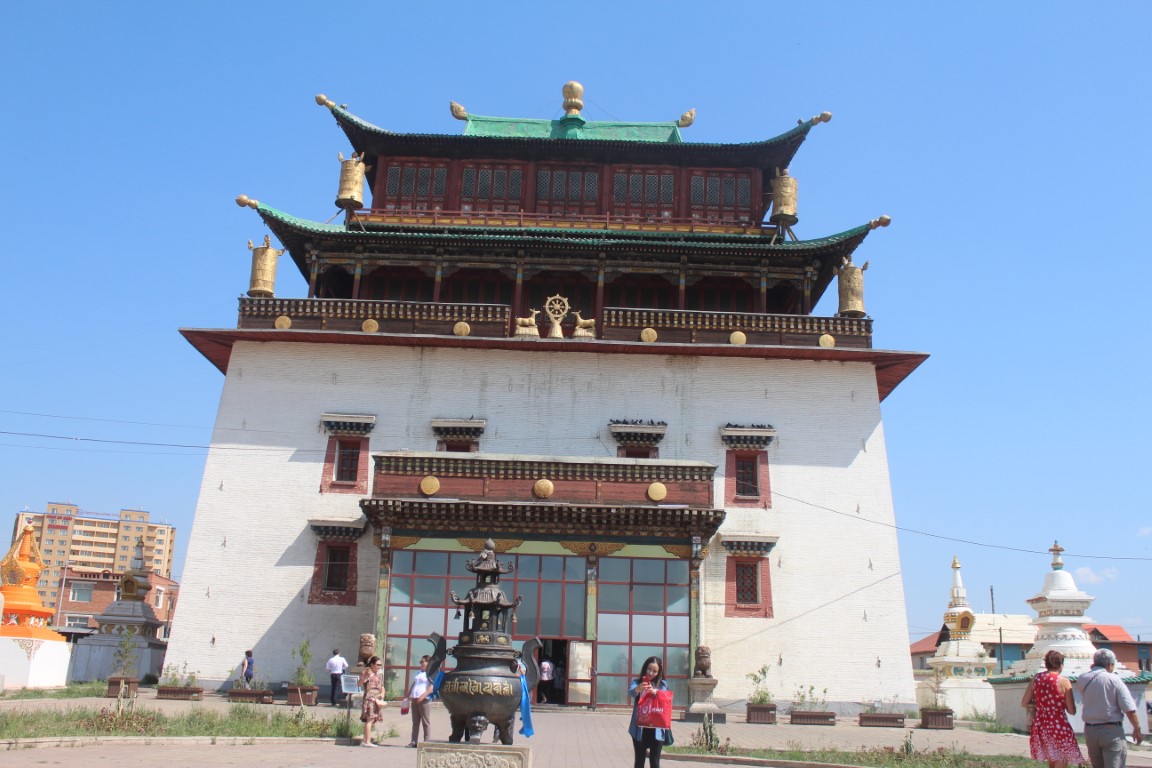 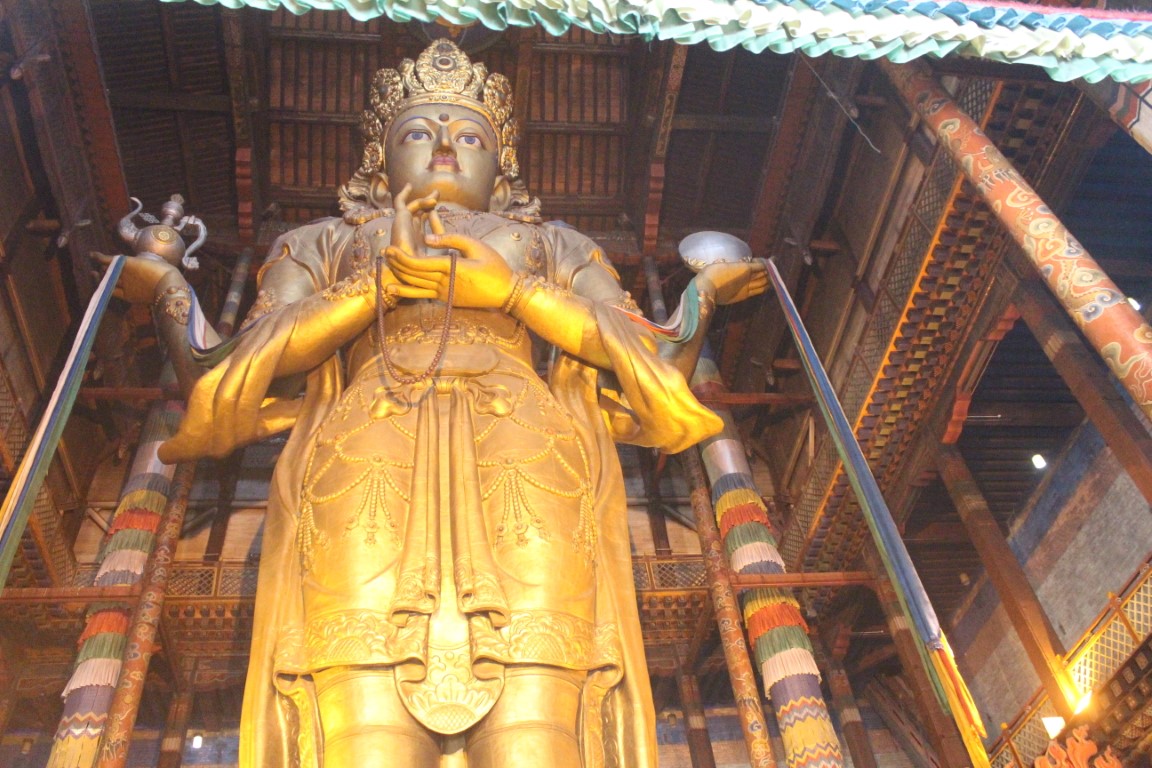 Undur gegeen Zanabazar Buddhist University was founded in 1970 by Nomch Mergen Khamba Lama Gombojav and Bandid Khamba Gomboev of Buryatia at Gandan Tegchenling Monastery. Since its establishment, this university produced over ten generations of graduates and it has trained/has been training students from the Inner Mongolia, Buryatia, Tuva, Kalmykia and Japan. The university takes pride in its graduates, who are recognized as international Buddhist leaders significantly contributing to the revival of Buddhism in Mongolia, Russia and China. 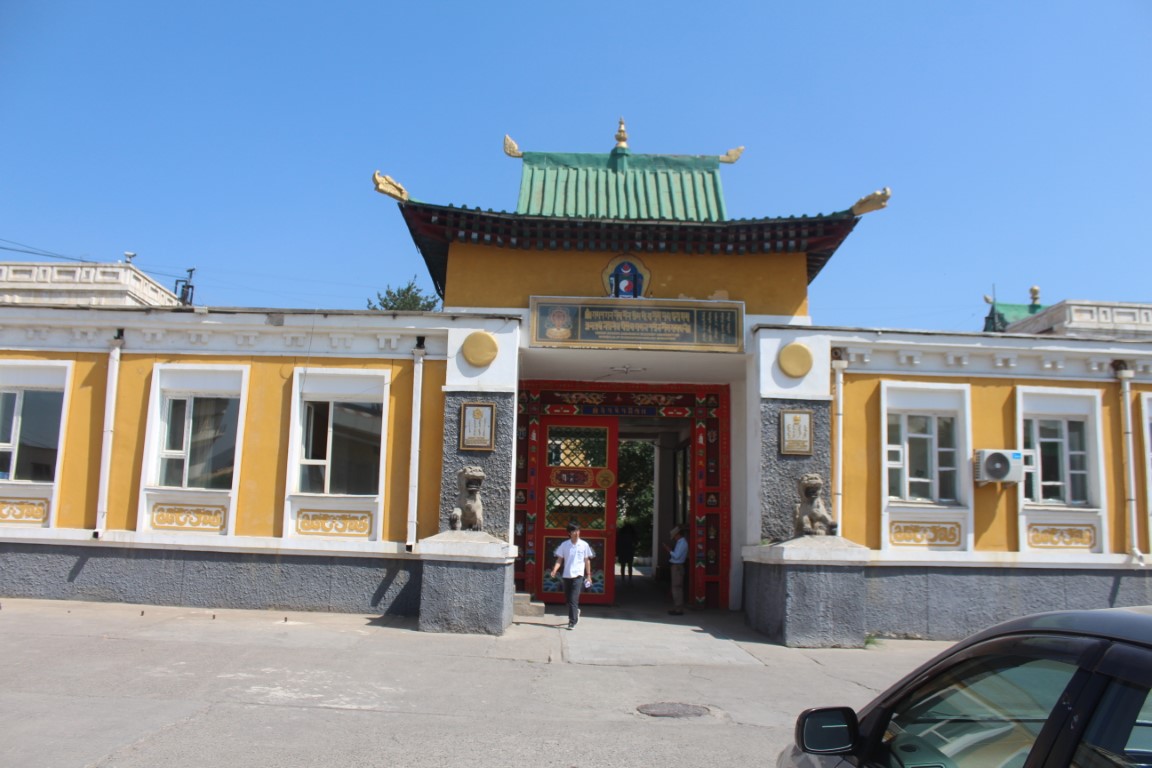 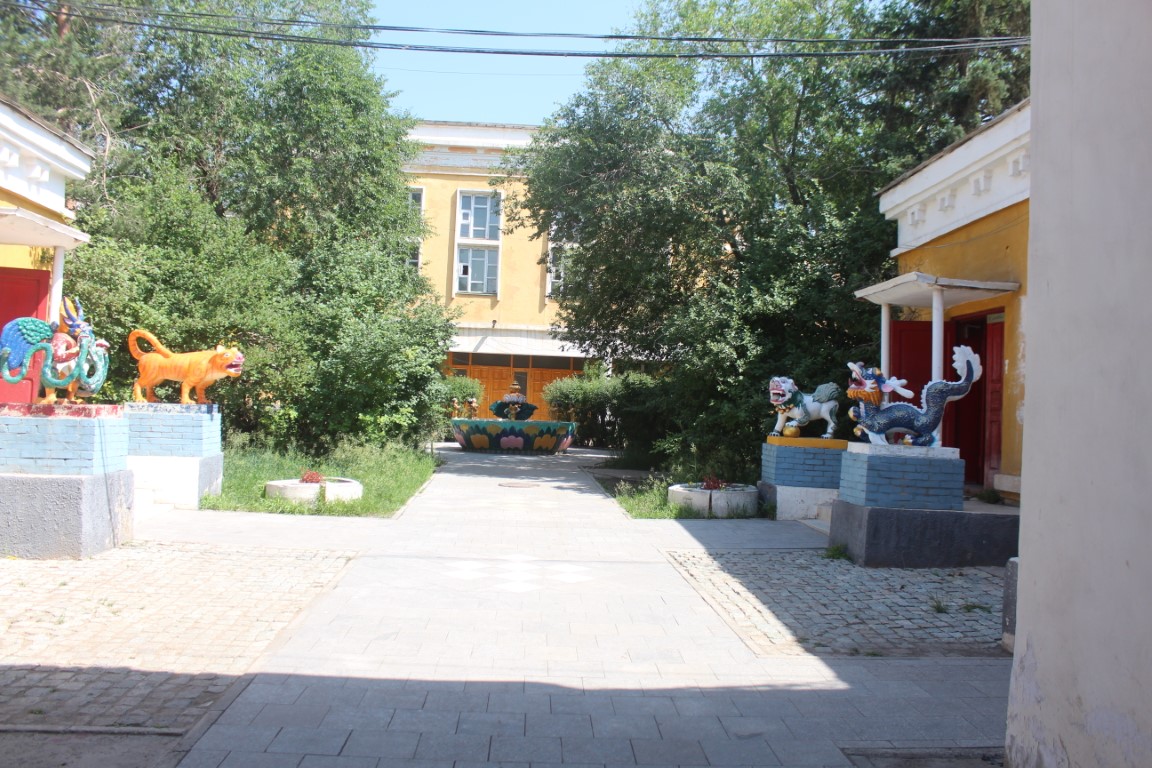 Jud College was founded by the Second Bogd Jevzundamba in Ikh Khuree in 1739. It is a traditional college dedicated to the study and practice of the Tantric tradition. Upon completion of their gabju degrees, monks took studies on the tradition of Tantra and graduated from this college with earning the agramba degree [ngagrampa]. This tantric college was closed in 1938 and it was reopened in 1999. Since its reopening, its tantric pujas and practices have been performed. 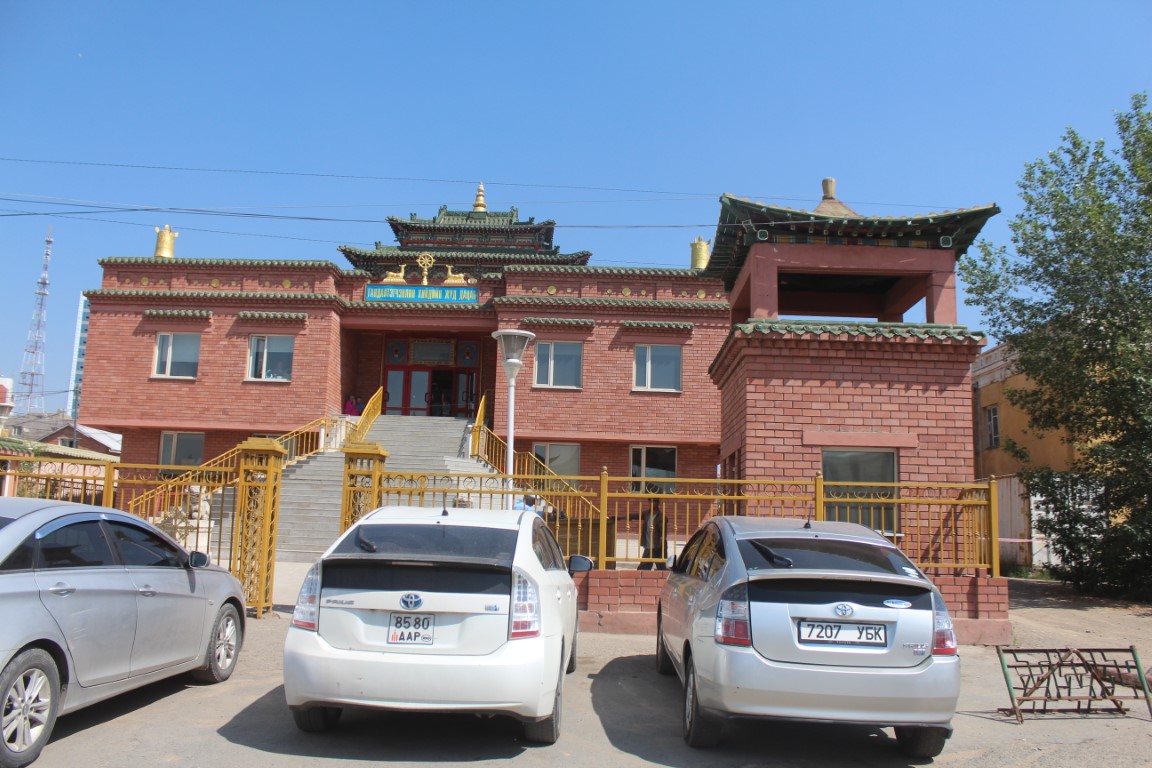