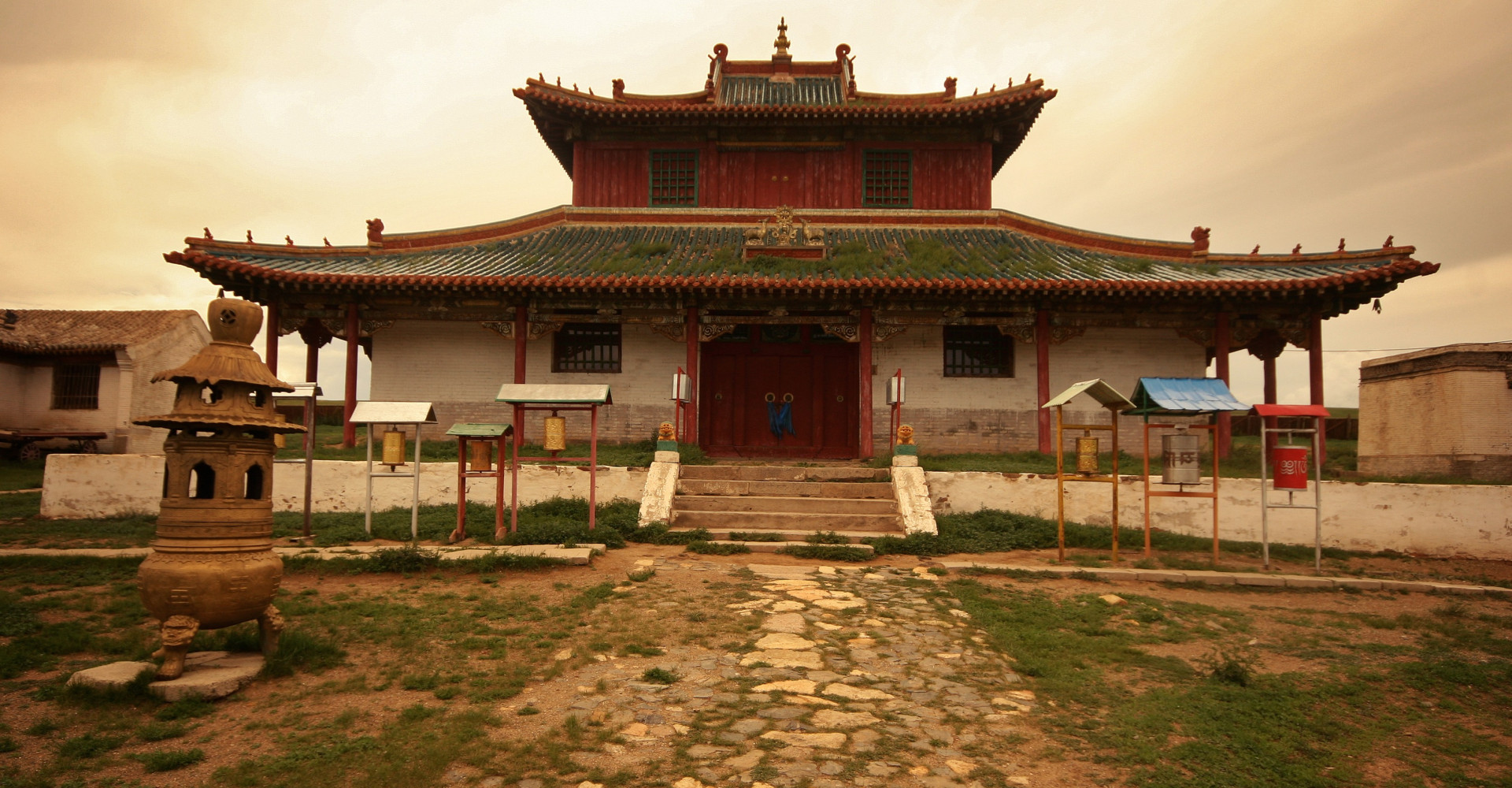 Like most monasteries in Mongolia, this one (built in 1992) replaces the original monastery, Bangiin Khiiree, which was destroyed in 1937. About 1000 monks lived and worshipped at Bangiin Khiiree before they were arrested and, presumably, executed. The remains of several stupas from the old monastery complex can be seen in the surroundings.

The modern monastery of Dashchoinkhorlon Khiid contains statues of Tsongkhapa and Sakyamuni and features a painting of the old monastery layout. About 30 monks now reside there.

There are a couple of obscure historical monuments around Bulgan. About 20km South of Bulgan, just East of Orkhon are seven standing deer stones, so called because the stones are carved with reindeers and other animals. The stones, known as Seeriyn Adigyn Bugan Khoshoo, mark what are thought to be Neolithic grave sites. About 25km North of Bulgan is a Imtall Turkic balbal (Turkic grave markers), known as Zunn Turuuniy Khun Chuluu.