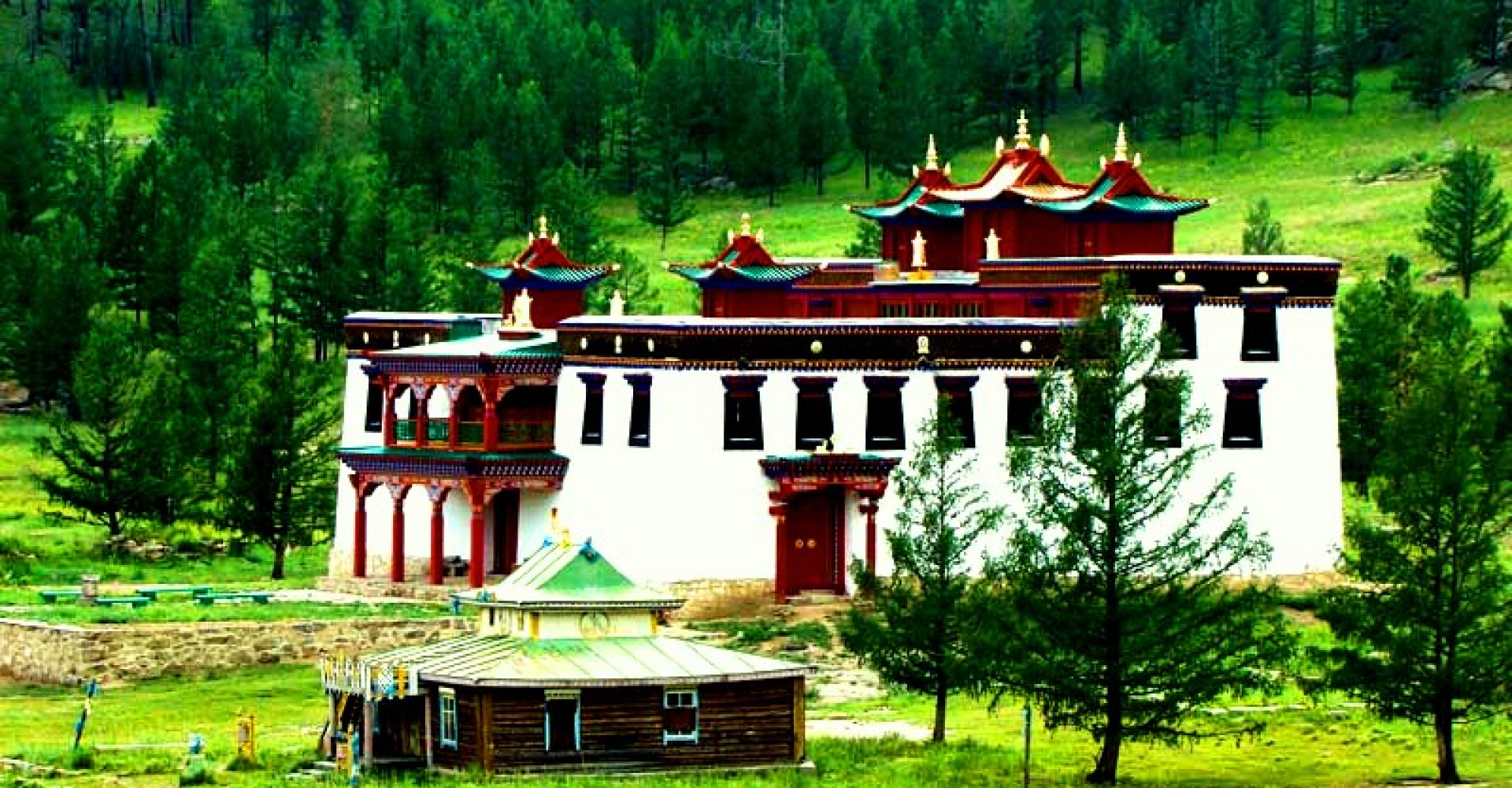 Baldan Bereeven Monastery is a Gelugpa (Yellow Hat) Buddhist monastery located in the Baruun Jargalant River valley Ömnödelger district, Khentii Province, Mongolia. First established in 1654, the monastery grew to be one of the largest and most important in Mongolia at its height in the mid 19th century, housing up to 8000 monks. The monastery and temple complex were destroyed by Mongolia’s communist regime in 1937.

The monastery grounds are surrounded by scenic and sacred mountains including Munkh Ulziit, Arvan Gurvan Sansar, Bayan Baraat, and Bayan Khangai, all part of the Khentii mountain range. The four mountains are said to resemble animals: a lion on the east; a dragon on the south; a tiger on the west; and a Garuda on the north. The monastery itself is backed by the steep cliff of Munkh Ulziit mountain where many cliff carvings, stone carvings with different images of Buddhist gods, inscriptions of religious mantras, and a large Soyombo symbol can be found.

Baldan Bereeven remained off-limits for nearly six decades. Following the democratic revolution in 1990 a handful of older monks who were removed from Baldan Bereevan as young boys in the 1930s returned to the monastery. Restoration efforts for several of the monasteries main temples began soon after.
In 2012 Baldan Bereeven Monastery and the surrounding area were placed on the tentative list to be nominated as a UNESCO World Heritage Site. 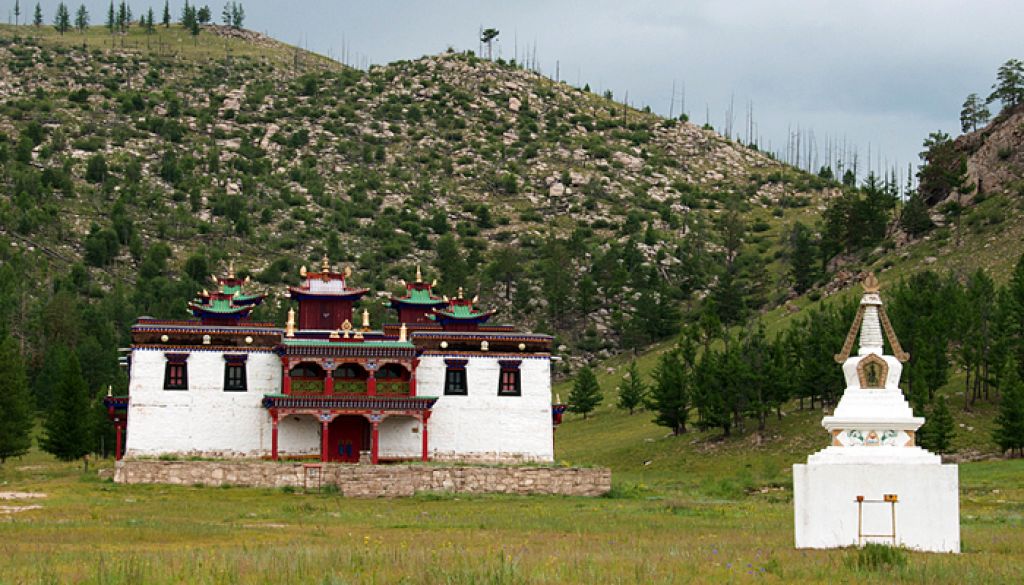