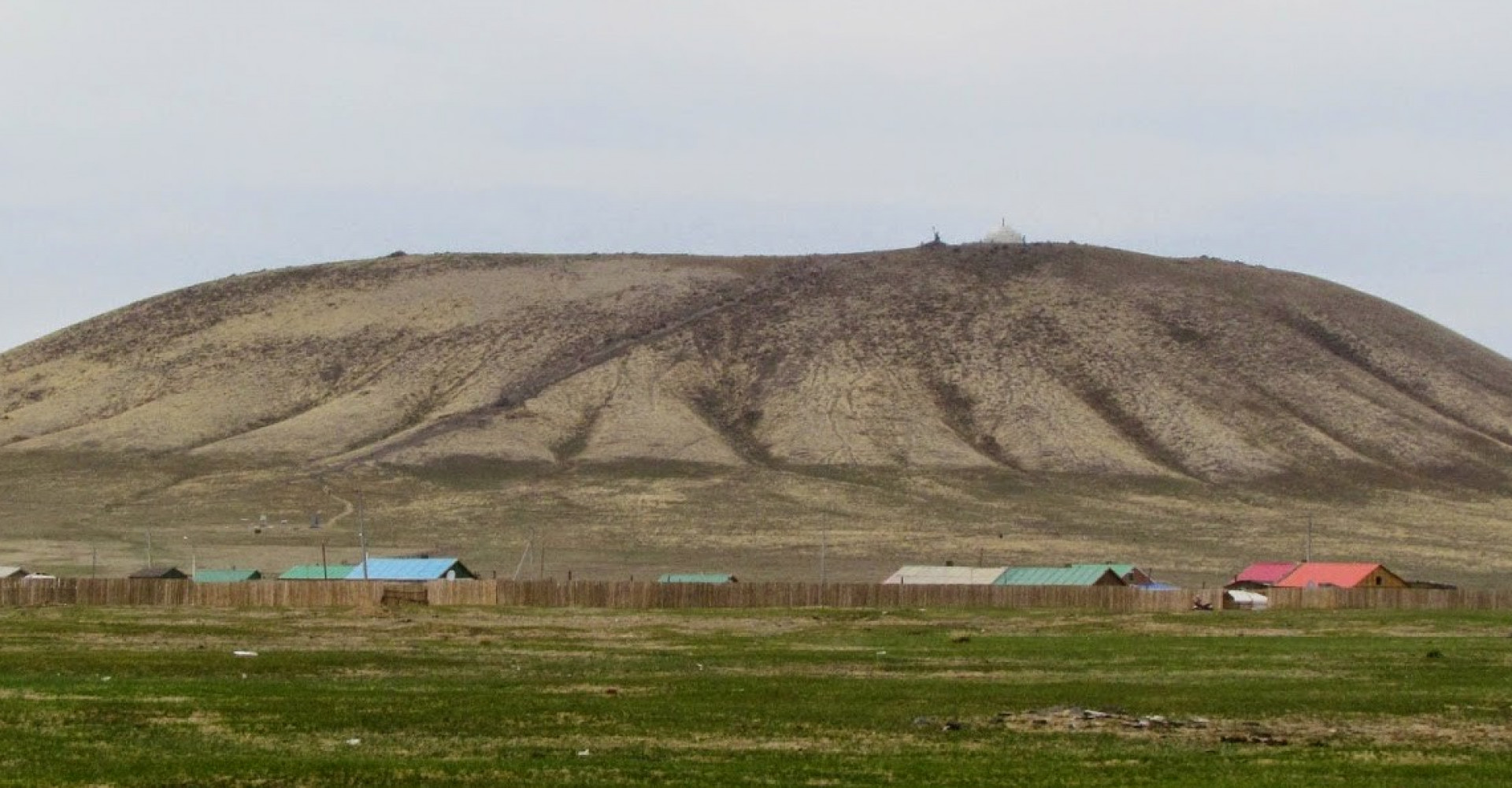 This place is also known as “Dari Ovoo”.  It is one of the volcanoes in Dariganga Soum, Sukhbaatar Aimag and is located 1354m above sea level. Locating near the center of Dariganga Soum, this mountain is a main worship of the locals inhabiting on the southern part Sukhbaatar Aimag. It was being worshipped by the locals until the early 20th century when Bogd Khaan Jibzundamba, a former theocratic and political leader of Mongolia, had this cairn official worshipped mountain. Worshipping practice was halted during the socialist regime, but revived again in 1990. In 2004 it became a state worshipped mountain and a pinnacle atop of the cairn was gilded completely.

Golden Cairn is one of the “men only” pilgrimage sites. One who reached the summit is expected to fume a juniper and pour a libation to the spirit of the land. Women are strictly prohibited to climb the cairn; instead they climb a small cairn southwest of it or go clockwise round it along a particular road.  Golden Cairn has a crater flowing northwest. There are Lake Duut on the west and Mount Shiliin Bogd on the east. Main tree on the cairn is known as Sorogshin Tree which is supposed to have been brought from Mount Otgontenger. In order to bring the tree, tea and food samples were offered to calm spirit of the land and water. Sorogshin Tree must be ever green fruity tree and in our country Siberian pine refers to this special tree. It is over 300 years since Sorogshin Tree brought to the cairn without reaching the ground. 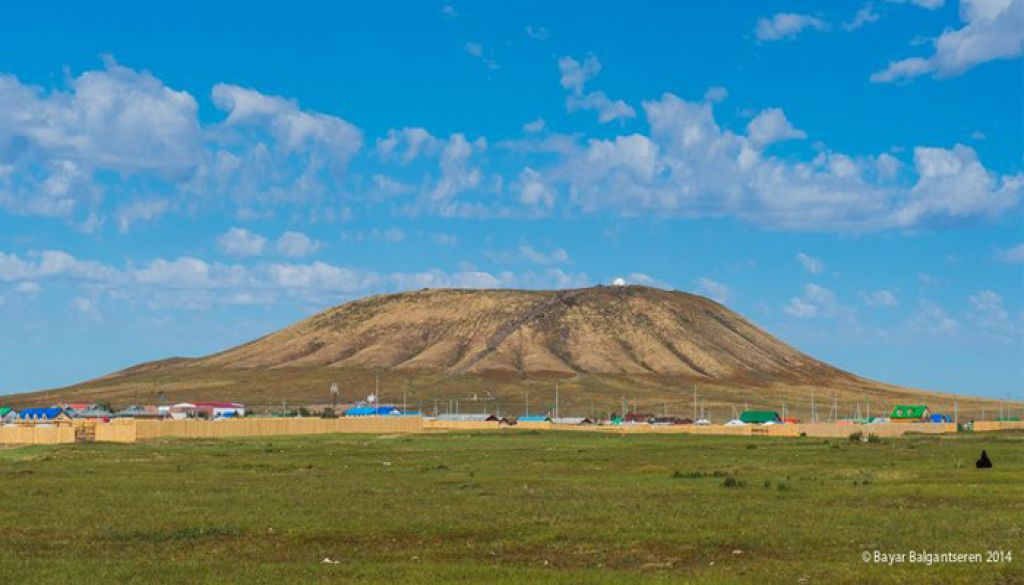