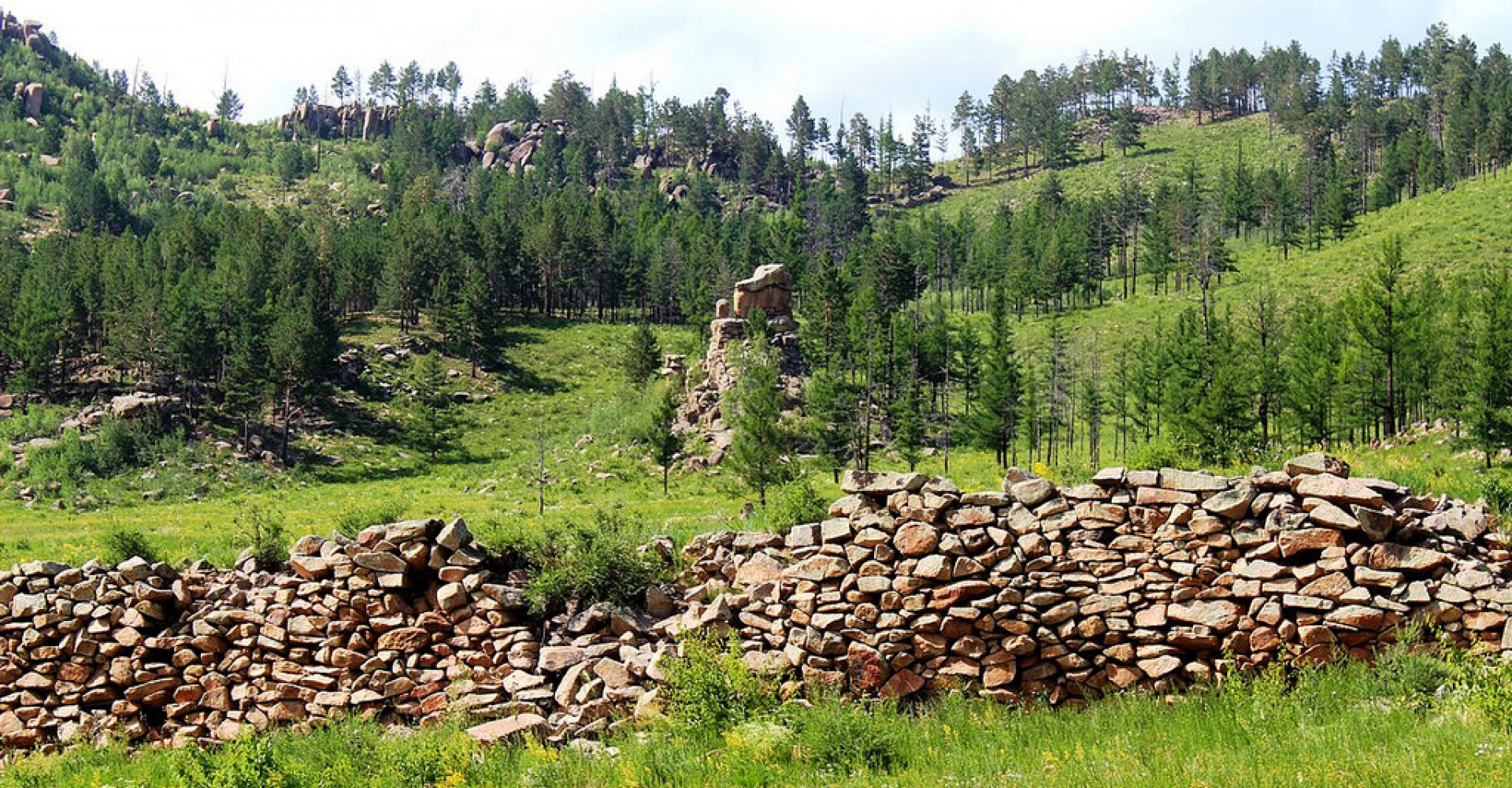 Ugluch Wall (Uglugchiin kherem) is located 45 km in south west of Batshireet soum and 8-10 km from Bayan River and Uglugch River. It lies in a valley of Daichin Mountain and was built with skillfully piled stones without any clays and mud. It is about 3 kilometers long and it has two entrances, in south and north sides. There is a small soil dam remainder inside and piling of this wall can be clearly seen from its south east and south sides. Other parts became too difficult to distinguish from earth. The height of the wall was 2.5 - 4.5 meters when a Soviet archeologist S.Kondratiev measured in 1926, but its highest point is 3.1 meters and 2, 5 meters wide now. A tall rock inside the wall is called as “Horse handle of Chinggis Khaan” by local people. There was no trace of building and at the Uglugch wall and S.Kondratiev thought it was the stronghold of archers of 12-14 century because of earth leveled up to the wall height inside. Kh.Perlee said that it belongs to Khyatan time because of its clay and ceramic remaining. But there was not any writing about Uglugch wall and it located far beyond than Khyatan’s land at that time.