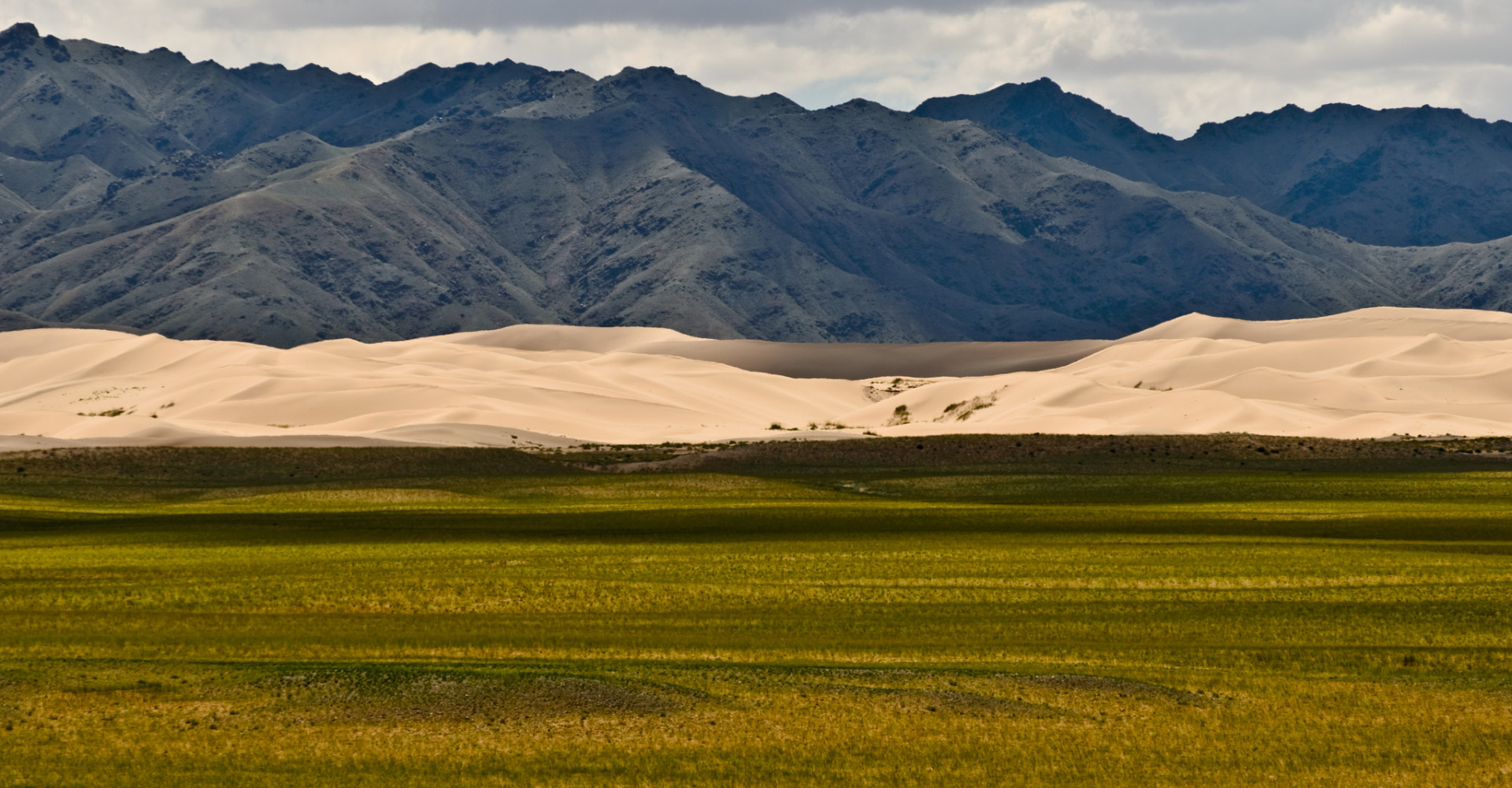 Stretching from the border with Bayan-khongor almost to Dalanzadgad, the 2.7 million hectare Gurvansaikhan National Park is the highlight of the aimag, and the overwhelming reason why any tourist comes here. Unlike other national parks in the Gobi, the Gurvansaikhan does contain a few attractions, and its facilities - ger camps and roads - are reasonably good.

Gurvansaikhan, which means the 'three beauties' and refers to its three ridges (though there are four), contains mountains, dinosaur fossils, sand dunes, rock forma-tions and a valley which, incredibly, has ice for most of the year.

The park also has maybe 600 or more types of plants (a lot of which only bloom after very infrequent heavy rain). The sparse vegetation does manage to support numerous types of animals, such as the black-tailed gazelle, Kozlov's pygmy jer-boa and wild ass, and endangered species of wild camel, snow leopard, ibex and argali sheep. In 2000, the park was expanded by over half a million hectares, stretching into Bayankhongor aimag. 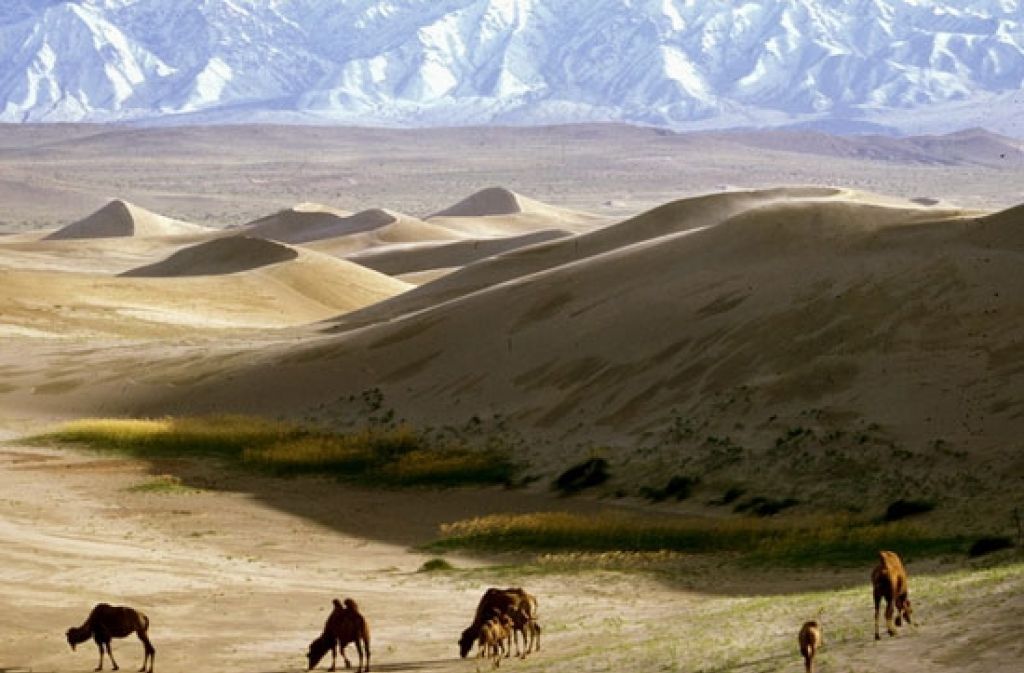