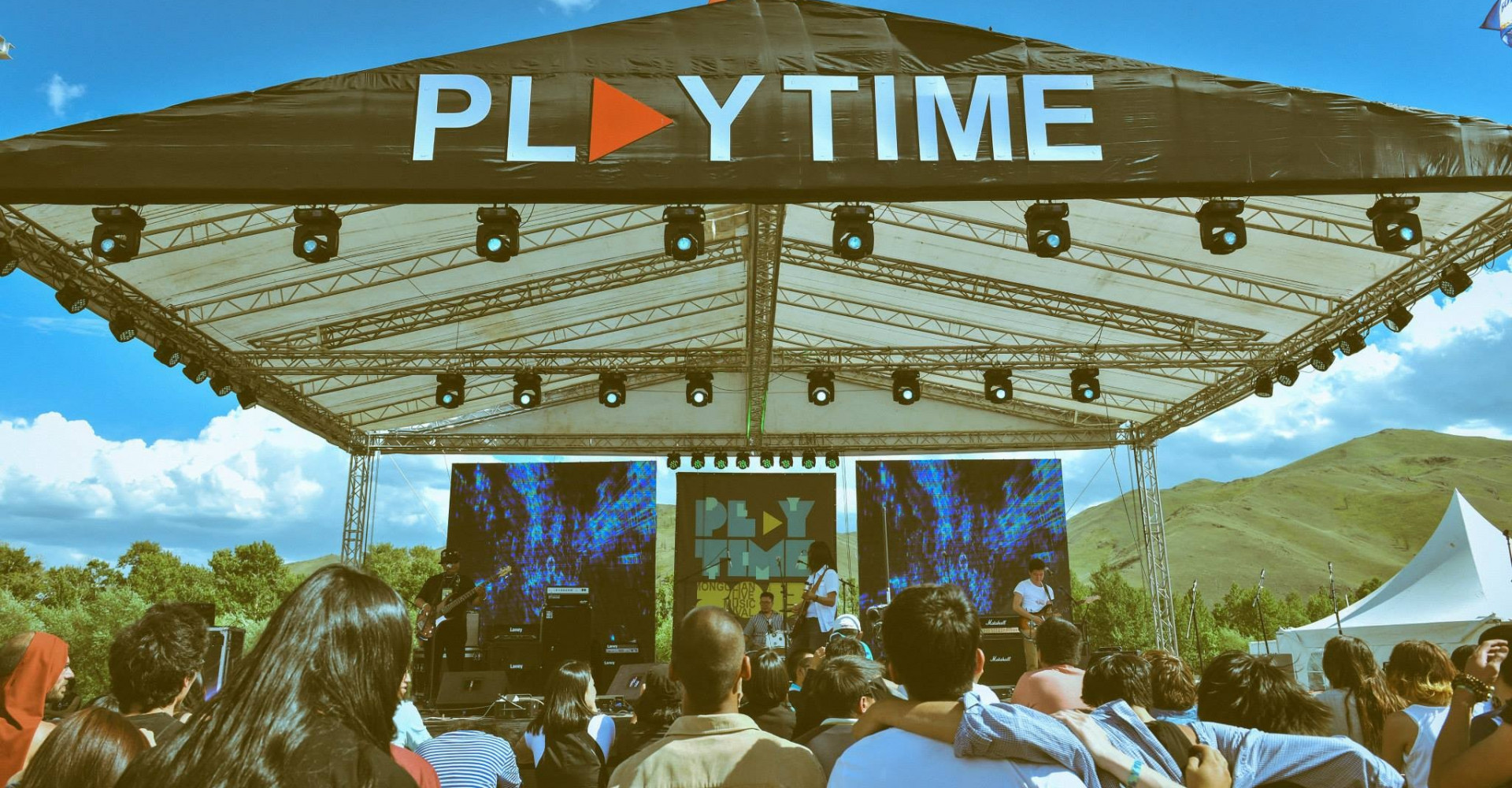 Playtime is the largest annual live music festival in Mongolia held at Hotel Mongolia in Gachuurt village located 30km outside of Ulaanbaatar. It was founded by Mr. Natsagdorj Tserendorj in 2002 and is organized as non-profit live music festival. The festival takes place on summer weekend of July before Naadam featuring best of new and established international and Mongolian live music bands.

Over the past sixteen years, the festival presented more than 500 music groups and drawn 100.000 people to the festival. The festival has grown its scale from a local live music festival to an international festival since 2013 and presented headliner international music groups at the festival including The Radio Dept. (Sweden), Peter Hook & The Light (UK), The Pains of Being Pure at Heart (USA), Mono (Japan), The Fin (Japan), Mumiy Troll (Russia), Nine Treasures (Inner Mongolia) and many others.

Playtime 2018 is scheduled on July 6, 7, 8th to mark its seventeenth year of existence. The festival will be one of the official events of Happy UB City an initiative by the Major’s Office of Ulaanbaatar. As part of the initiative, the festival is promoting friendly, attractive and lively city of Ulaanbaatar through live music and this would mark the second year of collaboration with the city.