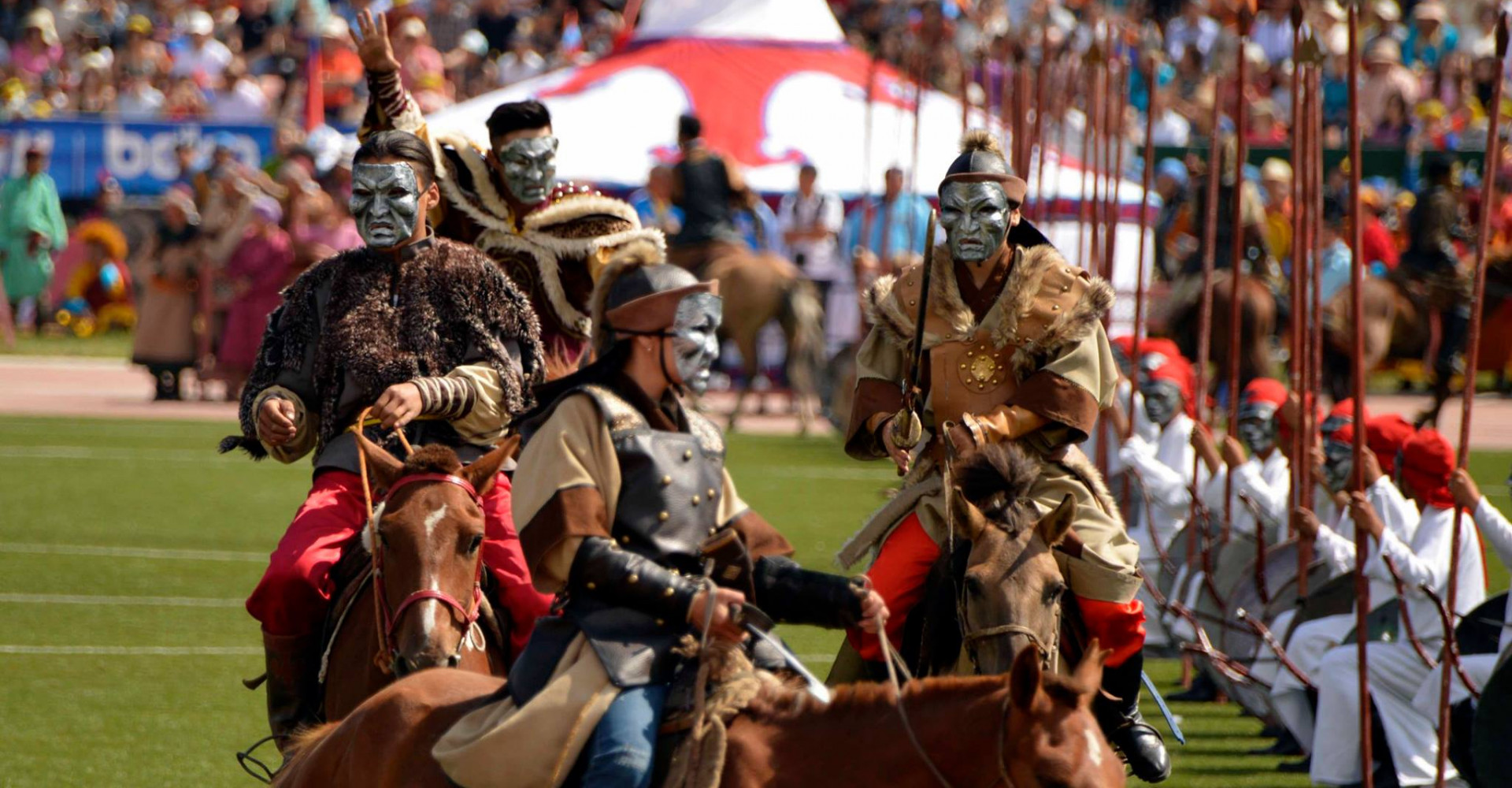 In the late 12th century and the early 13th century, the three mainly sports are declared as the state festival in Mongolia. It is a tradition that Mongolians wrestle using many ways, compete with each other in archery, and prepare their horses for the competition as well. Since the Great Mongolia was declared in 1206, the way to celebrate the three mainly sports festival began while Temujin was titled as Chinggis Khan.
The festival is included three different sports, such as wrestling for strong men, archery for the sight, and the competition of the horses seeing how strong and fast they are. For each sport, there are various rituals which include the special clothes and poems of the winner. Winners of each champ will deserve the titles and the precedence as rewards.

The main sport of the festival is a wrestling.  While it is not matter how tall, strong or aged, if the head, knee or elbow is fall off, it is counted as lost. There will be 256, 512, 1024 or 32, 64, 128, 256 wrestlers in the State or Province festival respectively. In the law of the state festival, if the wrestler won in 5, 6, 7, 8 , 9, 10 straight rounds, he will get a title as nachin, hartsaga, zaan, garid, arslan, avarga respectively too. Mongolian wrestlers acting as hawk or falcon have their own way to come to the pitch. What extraordinary thing about Mongolian wresters is that they only wear hat, zodog, shuudag, boots and the band of boots.

The fastest and excellent horses are selected as a competitor for the state festival and prepared for it for months. There are 6 different age levels in the festival including azraga, ih nas, soyolon, hyazaalan, shudlen, daaga. The length of Ih nas, azarga and soyolon, hyazaalan, shudlen, daaga level is to compete for approximately 30, 20, 18, 15, 10 kilometers respectively. The rider will be the child aged between 6 and 13 or 6 and 8.

It is one type of the festival having its own tradition as well. The length of the target is approximately from 75 to 80 kilometers and target will be three levels of the bortogos heavy knitted leather. And tuberous arrows will be arched by two sides. Moreover, people whoop while the competition. The winners of the festival will get the titles as well. There are three types of the archery in Mongolia-Khalh, Urianhai, Buriad.