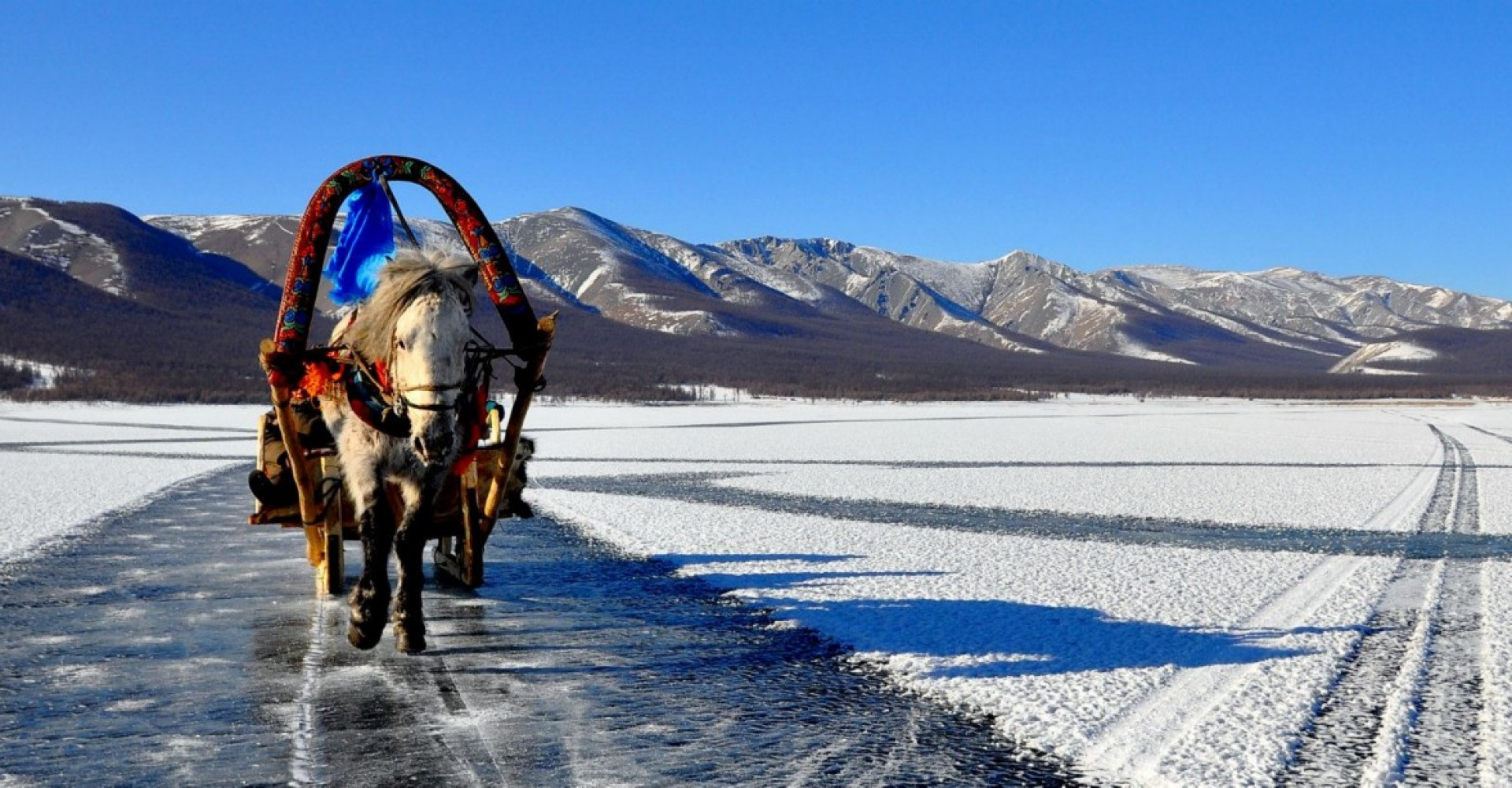 March is normally the month of two infamous and popular festivals. Due to severe winter weather conditions, either one or other or both, can be cancelled at short notice, however, if you are lucky enough to attend them, they will be like nothing else.
An important part of the Mongolian calendar to local people, these festivals are a wonderful opportunity for visitors to see in action, how the natural world – the landscape and the wildlife – lies at the centre of Mongolian culture and traditions. We are always excited to take our guests along to enjoy the fun.

The Ice Festival.
Every year, on the southern edge of the Siberian forest, the Blue Pearl of Mongolia, Lake Khovsgol, completely freezes over. The ice forms to a depth of five feet creating an extraordinary winter playground. The nomadic reindeer herders, Tsaatan, from the north, join local residents to celebrate the winter, with traditional games and races over two days. In temperatures of down to -35°C, contestants compete in sports such as ice-skating, ice-wrestling, tug-o’-war, dog-sledding and horse sleigh racing.

We were delighted when Joan Baxter, who travelled for the first time with PJ in 2009, wrote to share her experiences with us:
“It was the ice itself that fascinated me. Though clear, it had deep white cracks through it in six and eight sided facets, like large gems. I was surprised how much could be done on it, how much weight and how much heat it could take.  So many vehicles, races of all kinds, yaks pulling huge blocks of ice for building, as if the ice had no power to melt at any time!  A bonfire on the ice was another surprise.  Burn through and melt the ice? Not a bit. After many hours of burning, it left only a little water, nothing more. The ice was as thick, strong and indestructible as any good building material. We froze our lips on glasses made from ice at the ice bar, and inside the ice house, we lounged on ice furniture amid ice sculptures. Then, the fun of sliding down from the ice tower, on our fronts, on our backs, feet first or head first.  The power of the ice and the natural patterns it made in the course of its formation, really fascinated me. The extreme cold that can burn while the ice itself is impervious to burning heat, keeping its form beneath the temperature of fire – it was a wonder to me!”
Joan also enjoyed watching the games and remarked about the Mongolian wrestlers:
“They were made of sturdy stuff with obviously wondrous circulation! For as they wrestled on the ice one might pull the shirt off his opponent, who continued to battle on in direct contact with the ice, and did not appear in the least bit cold!”