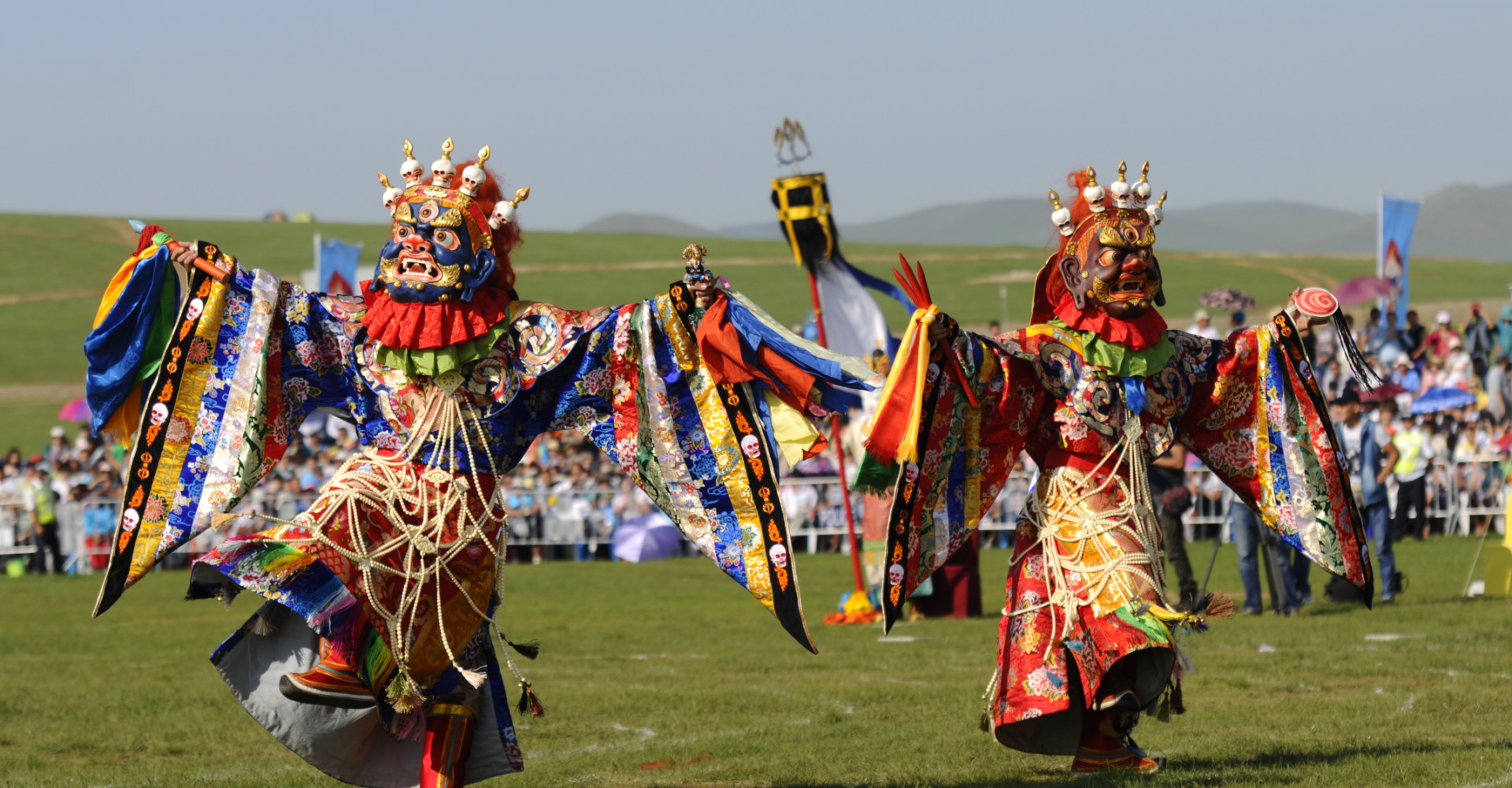 Tsam mask dancing is included in the art form called "Doigar” depicting independent imagination as one of the 10 kinds of wisdom according to ancient Indian philosophy. It is a theatrical art performed by skilled dancer bearing the external appearance and characters of different apostles and devils, animals or real people.

This ceremony requires magnificently ornamented costumes. The "Tsam” dance ceremony was first introduced into Mongolia in the 8th century when the famous Indian saint LovonBadamjunai was invited to Mongolia to sanctify the construction of the first Tibetan temple Samya. The word "Tsam” is with Tibetan origin and means "to overcome the enemy completely". Additionally, more than 500 monasteries of the 700 Mongolian monasteries have had their own local variations of the ceremony. This kind of Tsam is called the “Geser" or “JaharTsam” or “ErlegNomun Khan Tsam”. Song and dance, music, decorative arts and other kinds of folk art are included in the Tsam ceremony. In spite of the fact that the Mongolian Tsam dance was based on Indian folk art and was popularized in Tibet, it was highly developed in Mongolia. The dance performance with masks is a pantomime mystery play, and for this reason these performances are part of ceremonies services held by Buddhists. 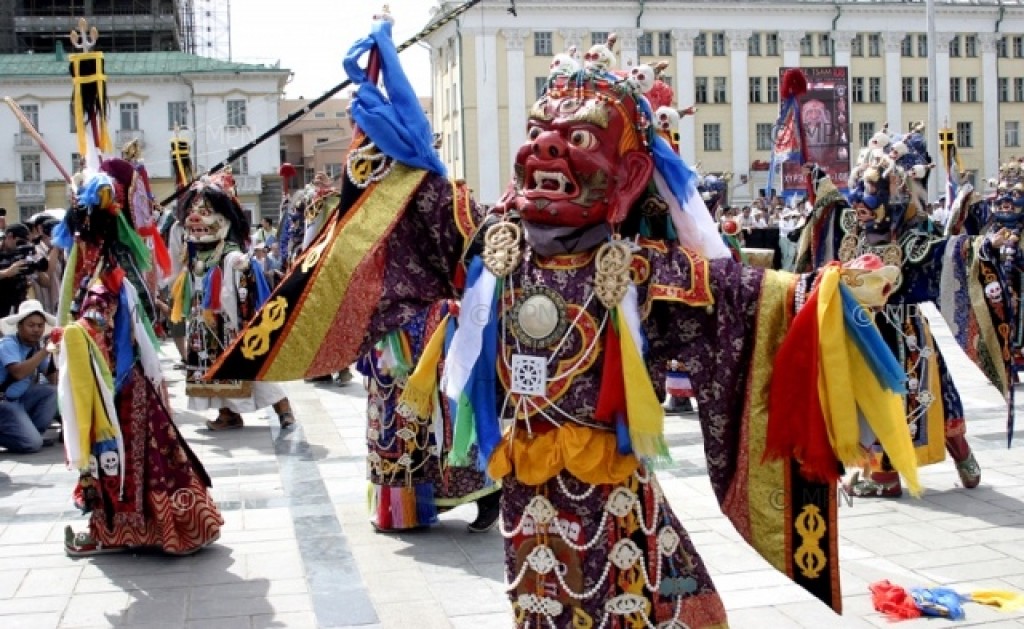 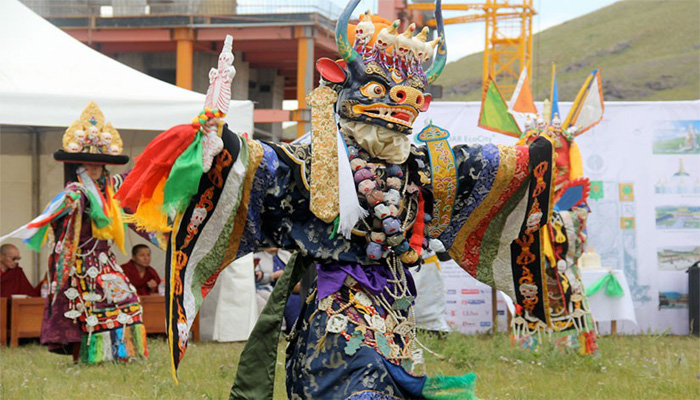