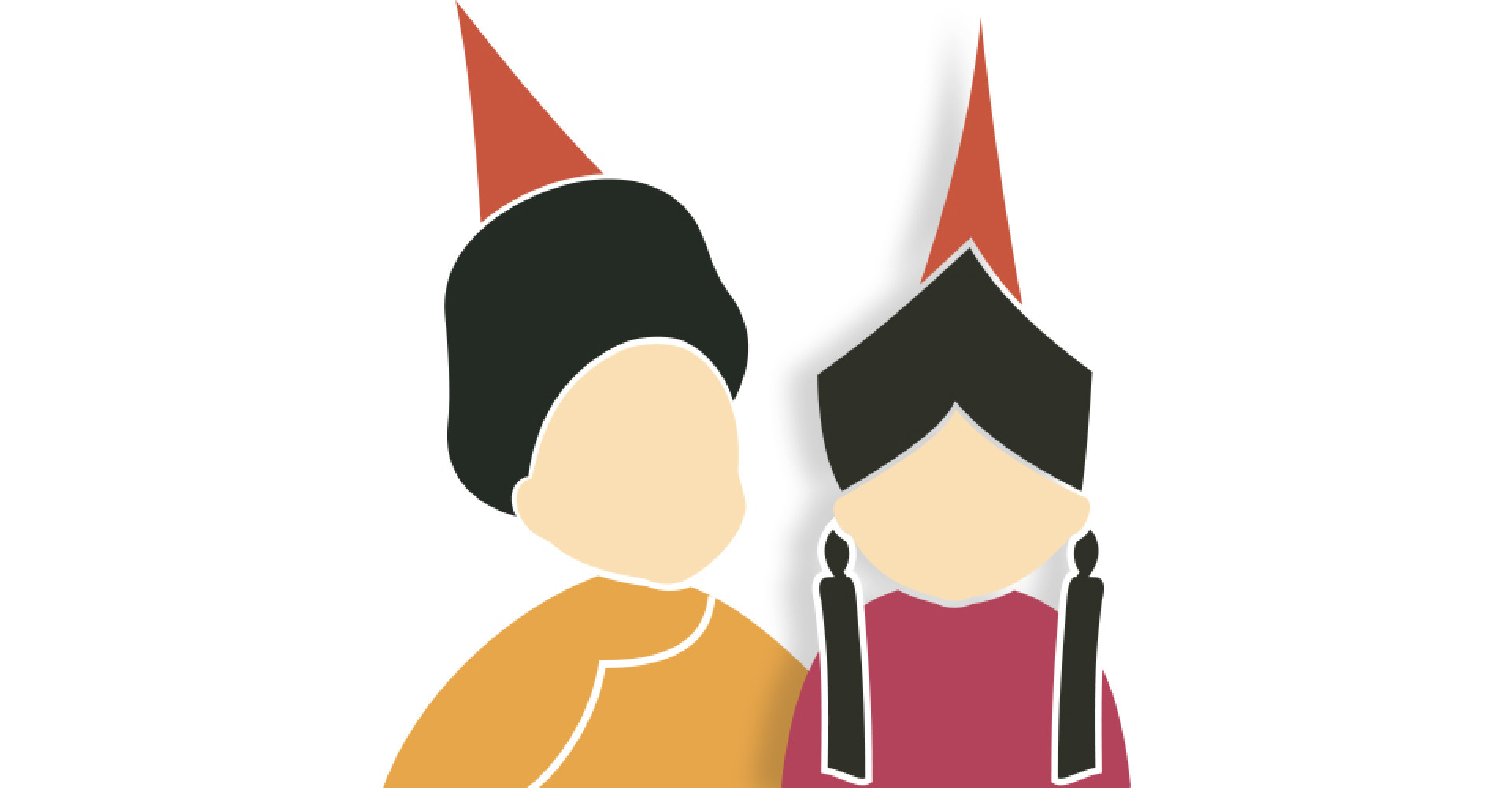 Bayad is the plural form of a word "Bayan", meaning rich person. The ancestor of the Mongol and Hunnu had Bai-yun tribe which inhabited in the Northern part of the Khatan River (Yellow River).

The Bayad ethnic group had a significant role in building Mongolia and in the XVI-XVII century, one of the five groups of South Khalkh was Bayad, furthermore in the XVII century, Bayads reunited as 10 different groups migrate and keep the ethnicity and now they are mainly living in Tes, Zuungovi, Khyargas, and Malchin soums of Uvs province. In addition, their relativs are living in the territory of Adaatsag, Delgertsogt, Saikhan-Ovoo, Erdenedalai, Delgerkhangai, Khuld, Khalkh rivers and Tsagaan ovoo of Dornod province, and also in Inner Mongolia and Russia.

Bukha Khatagi, Buhatu, the founders of Khatagin and Saljiud groups of Mongol Nirun province, and Bodonchar, the 11th elder of Chinggis Khan were the children of the Bayad hierarchy.
There are 50 843 people in Mongolia, accounting for 1.7% of the population. 54.3 percent of the Bayads are located in Uvs aimag and 25.4 percent live in Ulaanbaatar, as well as in Bulgan, Selenge, Bayan-Ulgii, Darkhan-Uul and Orkhon province.

Clothing
There are several types of clothes, such as festivals and weddings, men and women, children and grands. The Bayad wife's robe is mainly brown, red, brown, and red, and the inside and outside of the skirt is a two-fingered, wide, white collar, with a pallet over her neck, with a sleeves wide, fistless, with a solid shoulder and back. Weddings make women make their hair (hairpin) and decorate the upper part of the veil and put on the neck silver jewelry with a butterfly on the tip. The white collar is a reflection of the holiness by hiding the body from God.

Bayad men usually wear white sheepskin in the winter, and they make their deel around their cloaks and scorch their hip. The shape of the scion has its own pattern in the hip. Coupled with the outer collar of the deel (in the horizon), which is decorated by attaching the skin of the lamb. The sheepskin were sterilized with dyes and made them with red, green, and black spots, and occasionally they were decorated around the skin of the lamb.